The hunt for exceptional companies that bring disruption and big returns: Baillie Gifford US Growth’s Kirsty Gibson on the INVESTING SHOW

By This Is Money

Superstar US growth companies have dominated the global stock market for the past decade, creating a digital generation of household names.

Investors who backed these firms have made handsome profits as their share prices soared, but valuations and the potential for future gains are constantly questioned.

The coronavirus pandemic was initially expected to bring a halt to runaway stocks, but instead turbo-charged the share prices of companies such as Amazon, Tesla and Netflix – an effect that led to spectacular recent returns for Baillie Gifford’s US Growth Trust.

It was the second-best performing investment trust of 2020 – rocketing 133.5 per cent – and is up 51.6 per cent over the past 12 months, but can a philosophy of finding exceptional growth companies pay off from this point on when so many seem so expensive?

The co-manager of BG US Growth Trust, Kirsty Gibson, joins Simon Lambert on this episode of the Investing Show to explain why although last year’s bumper returns may prove to be a one-off, she believes there are still great opportunities over a five to ten-year investment horizon.

Kirsty said that the trust’s ethos is to back ambition and individual firms rather than themes or sectors, looking for truly disruptive companies that can ‘grow faster for longer at higher rates of return’.

This means that concerns over short-term valuations take a backseat, compared to analysis of what the team believe a potentially exceptional company can achieve over a decade.

Importantly, Kirsty says those companies need to be able to lead the way and have a product or service that others will find hard to compete with – akin to a 21st Century version of the classic Warren Buffett-style moat.

She said: ‘Our philosophy is based upon a foundational belief in the asymmetry of long-term market returns. It’s not how often you are right that matters, but how much money you can make for clients when you are.’

This is vital, says Kirsty, because research shows that a ‘small number of outlier stocks make up the majority of return’ for investors over the long-term and she adds that ‘the rewards from owning these outliers can make up for a lot of mistakes’.

That philosophy lies behind BG US Growth Trust’s long-term backing of companies such as Tesla, Amazon and Zoom, which put it in the right place to make profits for investors when their share prices soared in the pandemic.

However, Kirsty says that the most exciting thing now for her as a fund manager is not the consumer-facing tech stars that have become household names, but the disruptors coming up behind them, many of which are shaking up industries by enabling other businesses to succeed.

This is evident in the trust’s top ten holdings of Shopify – a platform that creates easy online shops for other businesses, Wayfair, which has shaken up furniture retailing, and Twilio, which helps firms engage and communicate with customers.

‘The US market feels like disruption is speeding up and spreading out and we are closer to the beginning than we are to the end’, said Kirsty.

She added that more and more industries look ripe for disruption, such as education, insurance, second-hand cars and home sales and healthcare, and the trust is looking to back this.

Other areas where disruption is occurring explains Kirsty are synthetic biology and biotech and she discusses the trust’s holding in Moderna – built up pre-Covid 19 – and how it has demonstrated with its ground-breaking vaccine the potential for success of other medicine based on its MRNA work expertise.

Finally, Kirsty talks about Tesla and why the trust trimmed some of its holding, as the electric car maker’s shares have soared, and what could come next for Elon Musk’s firm. 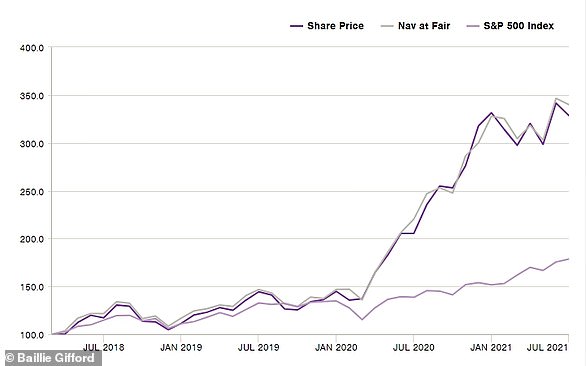 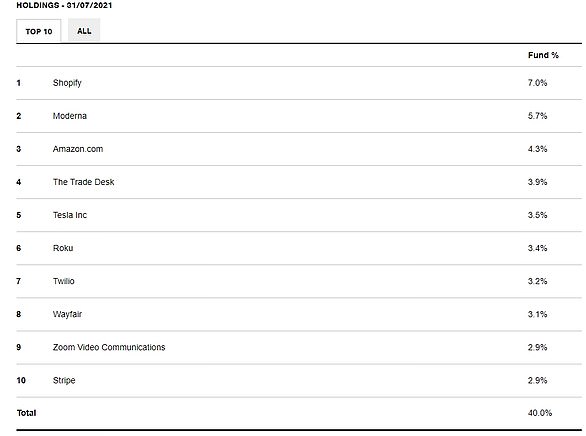