Biden is still leading the Democratic race for president, but Warren is surging behind him

Joe Biden is still the frontrunner in the race for the Democratic Party’s nomination for president, but Elizabeth Warren is gaining ground.

Biden leads the crowded Democratic field with 31 per cent while Warren’s support among party voters stands at 25 per cent, according to NBC News.

The senator from Massachusetts has passed Bernie Sanders, who has largely remained stagnant in recent polls.

The Vermont senator gets 14 per cent of the vote, according to the national NBC News/Wall Street Journal poll. 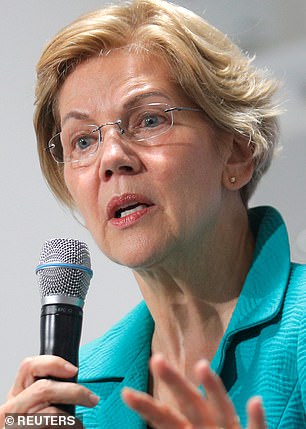 Joe Biden (left) holds a six-point edge over surging Senator Elizabeth Warren (right) of Massachusetts, according to the latest poll

The poll, which was conducted between Friday and Monday, surveyed 506 Democratic primary voters.

Warren has been gaining momentum since last week’s debate in Houston.

Biden has good reason to worry about Warren, who holds an advantage in voter enthusiasm.

Of those polled, 35 per cent of voters say they’re ‘enthusiastic’ about Warren – which is up 9 points since June.

Biden, on the other hand, has just 23 percent of voters who are enthusiastic about his candidacy, while 41 per cent are comfortable.

Pete Buttigieg, the mayor of South Bend, Indiana, is in fourth place with 7 per cent. 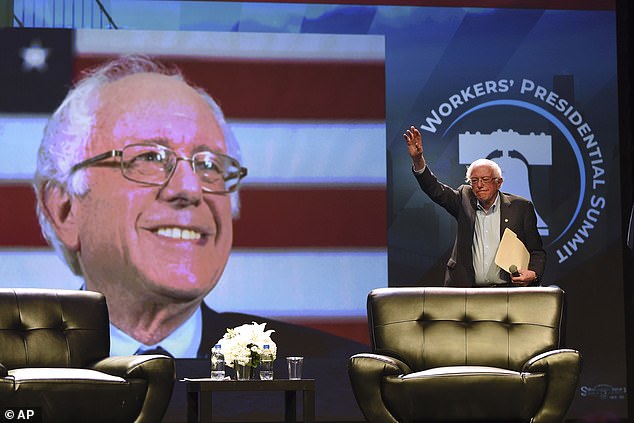 Senator Bernie Sanders (seen above in Philadelphia on Tuesday) continues to languish in third place, according to the survey

Senator Kamala Harris of California appears to have taken a steep nosedive.

In July, she drew 13 per cent of the vote, putting her comfortably in the top four.

But the latest poll leaves Harris with just 5 per cent.

While the top three appear to be comfortably out in front, the bottom seven could take solace in the fact that just 9 per cent of all Democratic respondents in the poll say they have made up their mind. 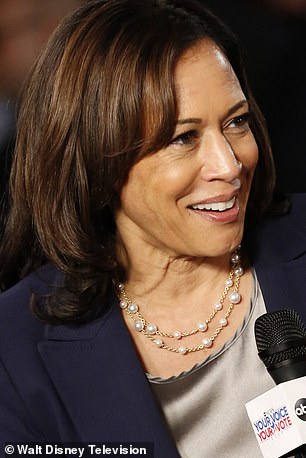 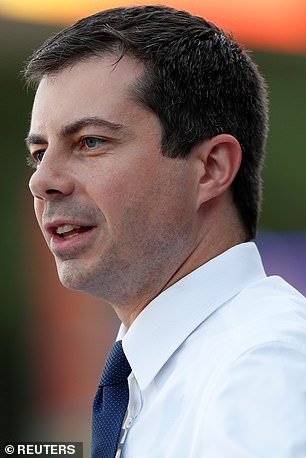 Kamala Harris (left), the senator from California, has seen her support drop significantly, while Pete Buttigieg (right) is holding steady in fourth place, according to the poll

Experts say that the polls could change between now and the early primaries and caucuses, which are a few months away.

The poll shows that Biden’s base of support is comprised largely of centrist, moderate Democrats.

Warren, meanwhile, has the support of the more liberal wing of the party.

The poll also found that a majority of Democratic primary voters – 56 per cent – want a candidate who will propose bold ideas on health care, climate change, and the economy, even if the plans are costly to taxpayers.

Most of these Democrats prefer Warren – 32 per cent – while Biden gets 21 per cent.

Sanders gets 19 per cent of these voters, according to the poll.

On the other hand, 40 per cent of Democratic voters prefer small-scale proposals that might be easier to pass in Congress.

Of these voters, Biden gets the most support – 43 per cent – while Warren comes in a distant second at 17 per cent.

Harris receives 9 per cent while Buttigieg gets 8 per cent.