President Joe Biden angrily defended his handling of the U.S. withdrawal from Afghanistan, saying on Wednesday that chaos was unavoidable and snapping when asked about horrific images of Afghans falling from planes.

‘That was four days ago, five days ago,’ he said, even though the images of people falling to their deaths emerged on Monday.

Biden has avoided taking questions on the Afghanistan crisis for more than a week.

The White House has been on the defensive for weeks as Taliban fighters raced across the country.

And officials have struggled to explain how they failed to forecast the rapid fall of Kabul and to account for chaotic scenes at the city’s airport as the embassy was evacuated.

President Biden defended his handling of the U.S. withdrawal from Afghanistan during an interview on Wednesday, saying it was difficult to see how chaos could have been avoided 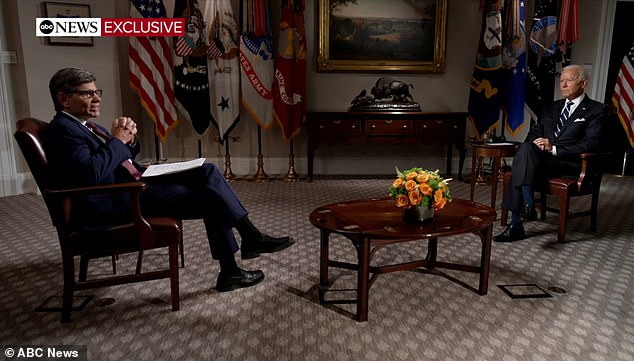 Scenes of civilians swamping planes on the runway at the Kabul airport, desperate for escape, have triggered bipartisan criticism that the Biden administration should have been better prepared.

‘What did you think when you first saw those pictures?’ Stephanopoulos asked.

‘What I thought was, we have to gain control of this,’ said Biden.

By late Tuesday, U.S. officials said they had rescued 3,200 people from Afghanistan, including all embassy personnel, except for a core group of diplomats who remained at Kabul airport.

But commanders admit they are unable to leave Hamid Karzai International Airport to help other Americans – and their Afghan allies – to safety.

Stephanopoulos asked whether the exit could have been better handled. 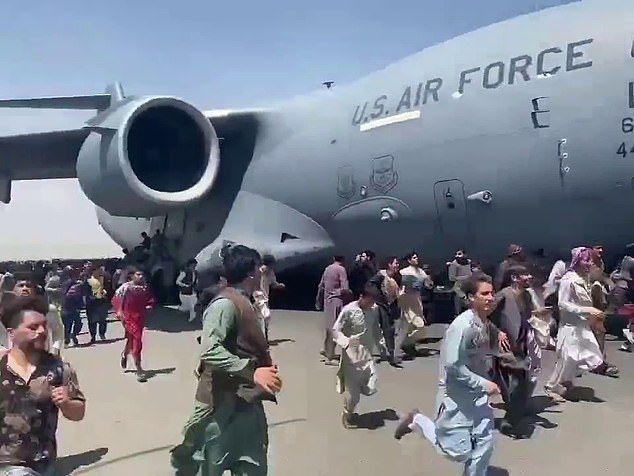 The world watched in horror as desperate Afghans ran alongside departing U.S. Air Force planes. Some tried to cling to the undercarriage as they sought to escape the Taliban 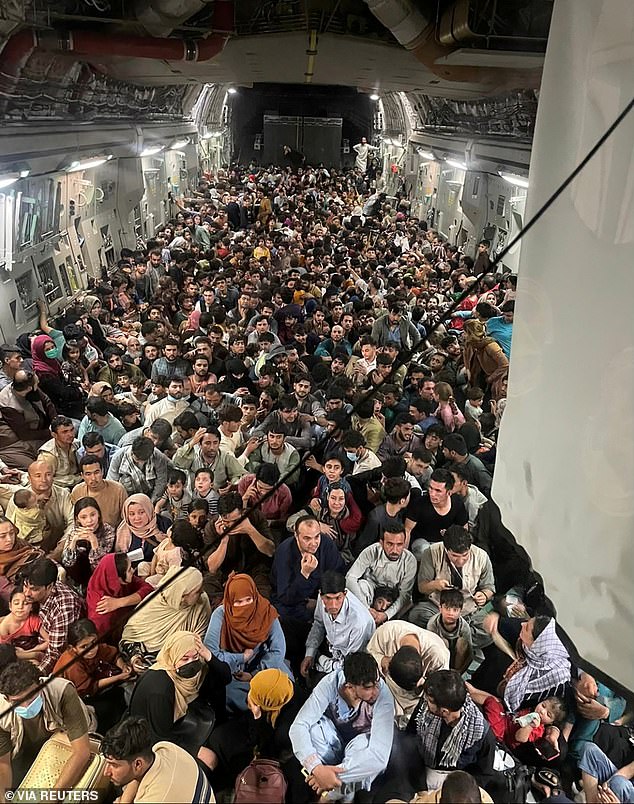 Some of the lucky ones managed to rush aboard a C-17 Globemaster transport aircraft. The crew decided to fly them to Qatar and safety despite having some 640 people aboard

Dealing with the Taliban was an unpredictable business, he added.

‘Look, one of the things we didn’t know is what the Taliban would do in terms of trying to keep people from getting out. What they would do,’ he said.

‘What are they doing now? They’re cooperating, letting American citizens get out, American personnel get out, embassies get out, et cetera, but they’re having – we’re having some more difficulty having those who helped us when we were in there.’

A month ago, Biden told reporters at the White House that the Afghan army was better equipped and more numerous than the Taliban.

A Kabul takeover was ‘not inevitable’ and he scoffed at the idea that it would prove to be his fall of Saigon moment.

Those words have been used against him by Republicans and Democrats who say they suggest an epic failure of intelligence or decision-making.

As a result diplomats, foreign citizens and Afghans trying to flee face crowds and Taliban checkpoints on the way to Kabul airport.

Biden said the only failure was the failure of Afghan leadership. 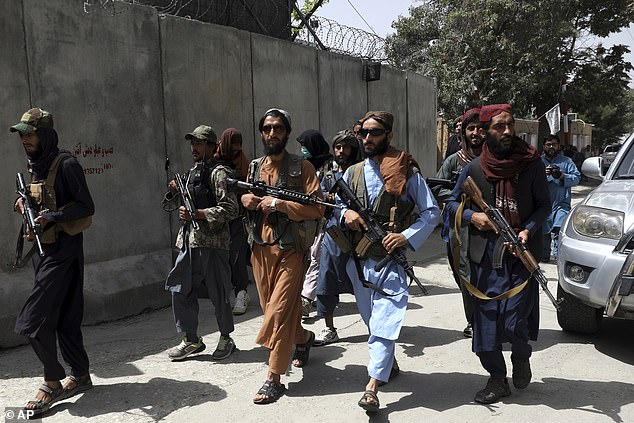 Taliban fighters patrol Wazir Akbar Khan neighborhood in Kabul. The Taliban declared an ‘amnesty’ across Afghanistan and urged women to join their government Tuesday, seeking to convince a wary population that they have changed 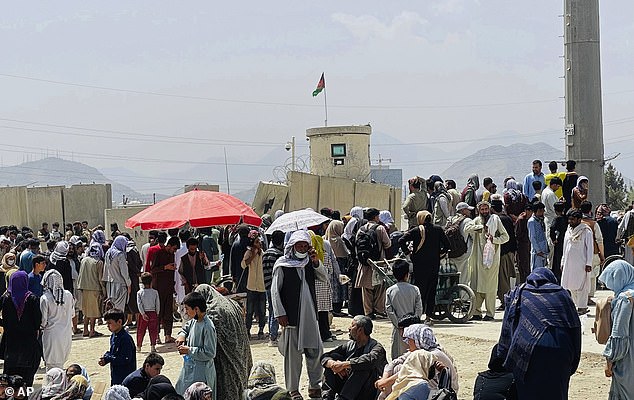 ‘When you had the government of Afghanistan, the leader of that government, get in a plane and taking off and going to another country; when you saw the significant collapse of the Afghan troops we had trained, up to 300,000 of them, just leaving their equipment and taking off … that’s what happened,’ he said.

‘And so the question was, in the beginning, the threshold question was, do we commit to leave within the timeframe we set, do we extend it to Sept. 1, or do we put significantly more troops in?’

And Biden again said his hands were tied by a deal he inherited from the Trump administration, committing the U.S. to leave by May 1.

‘If I said, “we’re gonna stay,” then we’d better be prepared to put a whole lot hell of a lot more troops in.’

Despite his protestations, Biden’s approval rating plunged to its lowest point this week.

A Reuters/Ipsos poll taken on Monday, as those chaotic images were beamed around the world, found that only 46 percent of American voters supported Biden’s performance – a drop of seven points from the previous week.