Skye Wheatley, 25, has snapped herself using her growing baby bump as a table for her healthy snack in a adorable new Instagram story.

The former Big Brother star was pictured lazing pool-side  as she rested a plate topped with crackers and shredded lettuce on her growing stomach.

At 23 weeks, the yummy mummy-to-be posted the genius pregnancy hack on her social media story on Tuesday.

What a pregnancy hack: Skye Wheatley, 25, has snapped herself using her growing baby bump as a table for her healthy snack

The busty blonde hilariously wrote in the post: ‘I’m using my belly as a table’.

Skye hasn’t been shy about documenting her pregnancy after she took to social media earlier this week with a snap of herself posing topless in the bathroom.

Flaunting her baby bump in the image, Skye wrote: ‘I know it looks like I just got off the toilet but I was actually in between changing outfits at a shoot and thought my belly was so cute so took a quick selfie.’

She went on to gift her fans with precious details of her pregnancy, writing: ‘Also feeling small movements now & I try to capture it for you guys.’ 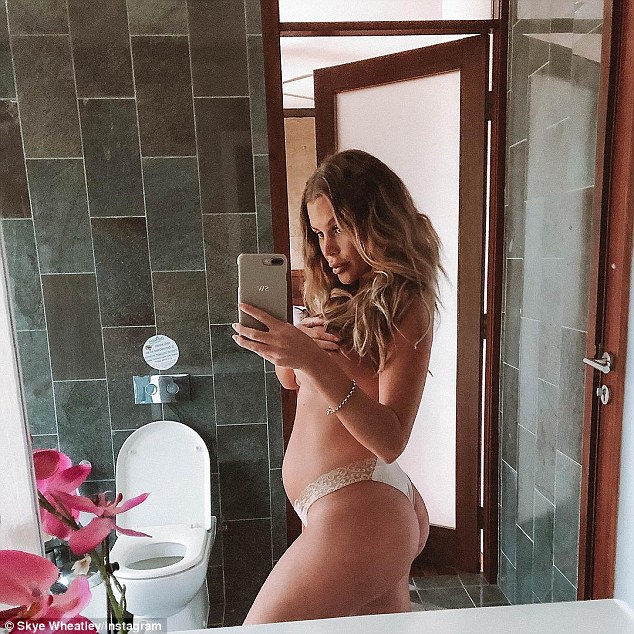 ‘Looks like I just got off the toilet!’ Pregnant Big Brother star Skye Wheatley, 25, took to Instagram with an intimate photo of herself posing topless in the bathroom on Tuesday

‘But bub is a little stubborn like mummy and stops every time I try to film the little dance going on in my bewwwllii or maybe bub just shy like daddy,’ Skye added.

In June, Skye announced her pregnancy with her boyfriend of less than a year Lachlan Waugh. 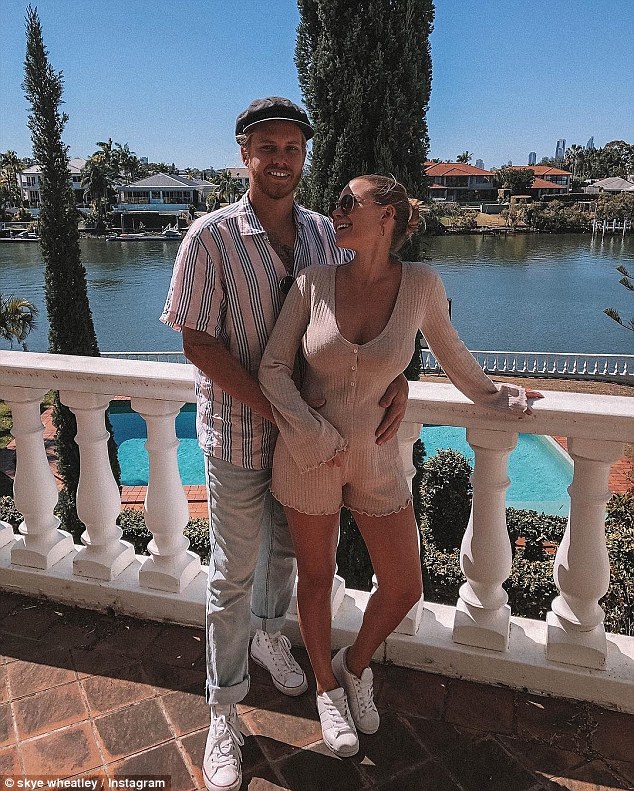 Baby on the way! In June, Skye announced her pregnancy with her boyfriend of less than a year Lachlan Waugh (left)

Ever the social media sensation, Skye revealed the news on Instagram, sharing a sweet photo of her beau cradling her baby bump.

‘Couldn’t think of anything better than starting a family with this handsome man,’ she wrote

Meanwhile, the blonde bombshell made a return to the small screen last week, appearing on Channel Ten’s Trial By Kyle. 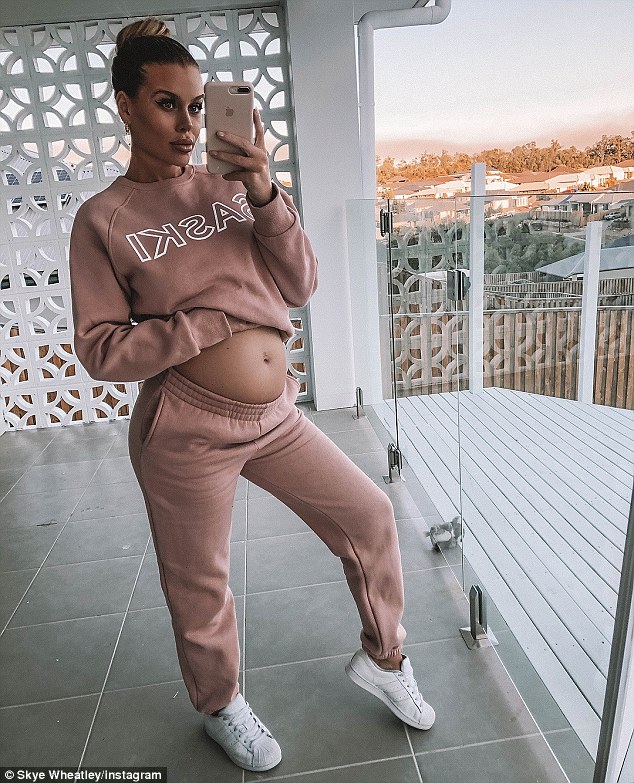 Yummy mummy alert! Skye has been dutifully documenting her pregnancy on social media

In the new show, featuring shock jock Kyle Sandilands, she attempted to sue Dani, owner of medical travel agency Medi Makeovers, for $35,000 in damages to fix her breast augmentation.

The 24-year-old claimed the company gave her a botched boob job, and shared a new naked image of what she called a ‘double-bubble breast’.

However, Skye lost the case in the end and walked away with nothing. 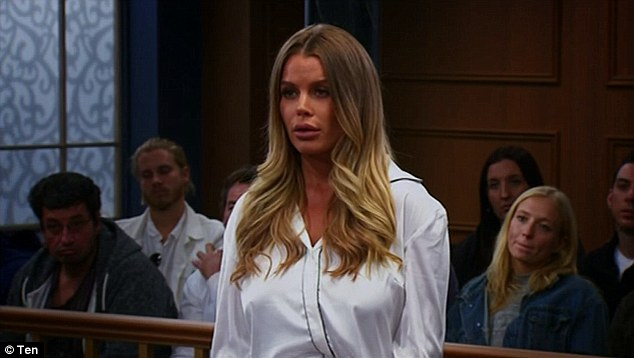 Cosmetic surgery hell: Skye Wheatley made a return to TV on Trial By Kyle as she attempted to sue over a botched boob job and lost her court case to medical travel company Medi Makeovers 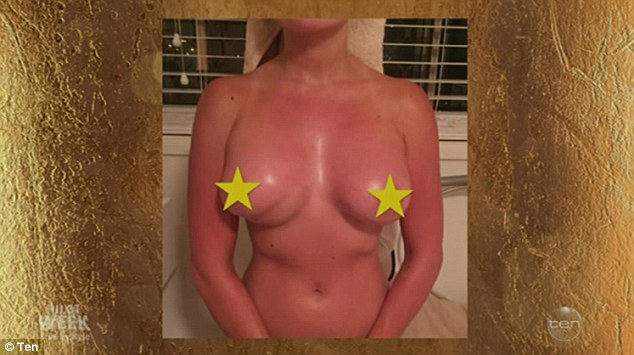 Botched: Skye claimed the company gave her a botched boob job, and shared a new naked image of what she called a ‘double-bubble breast’