An enormous steer once believed to be Australia’s biggest cattle and who delighted thousands of children a year has died at the age of nine after a short illness.

Big Moo, an 6ft 2in (190cm) tall, 1.5-tonne Guernsey steer, died at his home on a farm in Glencoe, South Australia, on Sunday after coming down with an illness last week.

‘After being quite ill over the last four days, Moo had to be put down,’ his owner Joanne Vine wrote on the celebrity animal’s Facebook page.

‘We don’t know what we are going to do without him. A rainbow appeared over his paddock as he died. Hope you are galloping around a huge paddock with grass up to your knees, buddy. You deserve it.’

Big Moo (pictured with owner Joanne Vine), long thought to be the country’s biggest bovine, is an eight-year-old Guernsey steer on a farm in Glencoe, South Australia, standing at 6ft 2in (190cm)

Celebrity vet Dr Chris Brown, who examined Big Moo on his TV show, shared his sadness at the death of his ‘favourite’, and possibly biggest, patient.

‘He’s probably my favourite animal friend I’ve ever met. Love to you all for giving that beautiful gentle giant a dream life. I’ll miss him immensely.’

Big Moo was for many years believed to be the biggest bovine in Australia until massive steer Knickers made headlines around the world in 2018.

Knickers had the longtime record-holder beat by 4cm, just months after Ms Vine wagered a steak dinner on any bigger challenger coming forward. 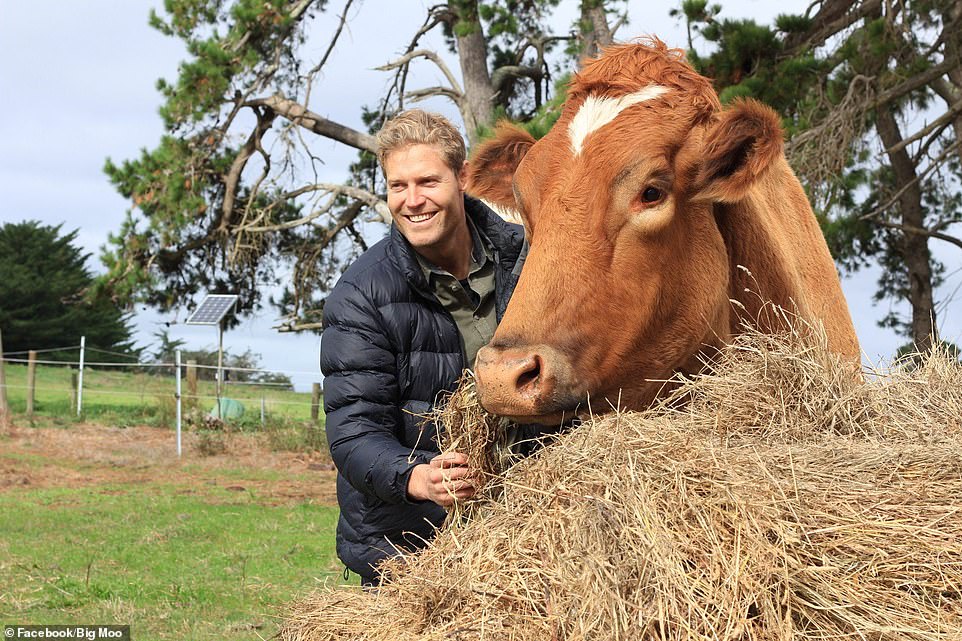 Celebrity vet Dr Chris Brown, who examined Big Moo on his TV show (pictured together), shared his sadness at the death of his ‘favourite’, and possibly biggest, patient 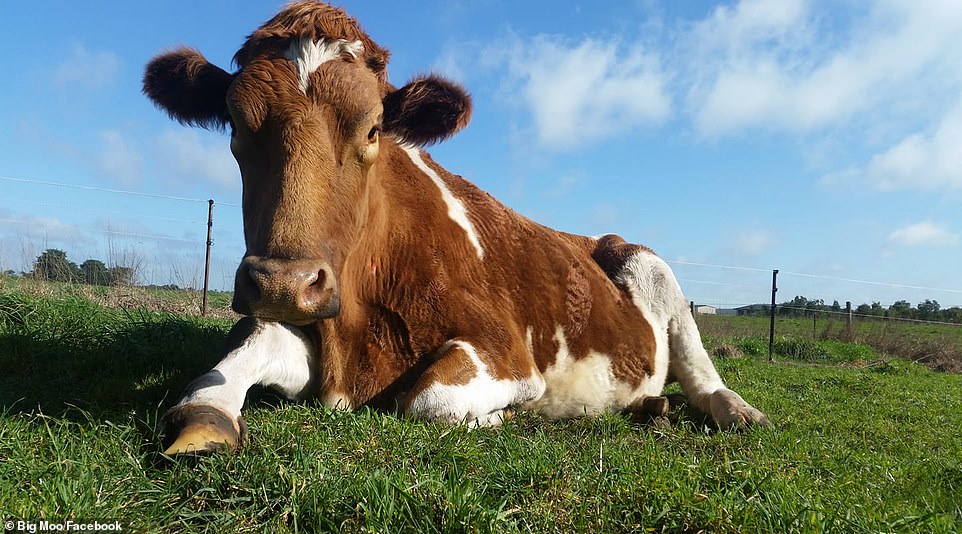 Big Moo died on Sunday after being sick for four days, needing to be put down by a vet after his illness got too severe 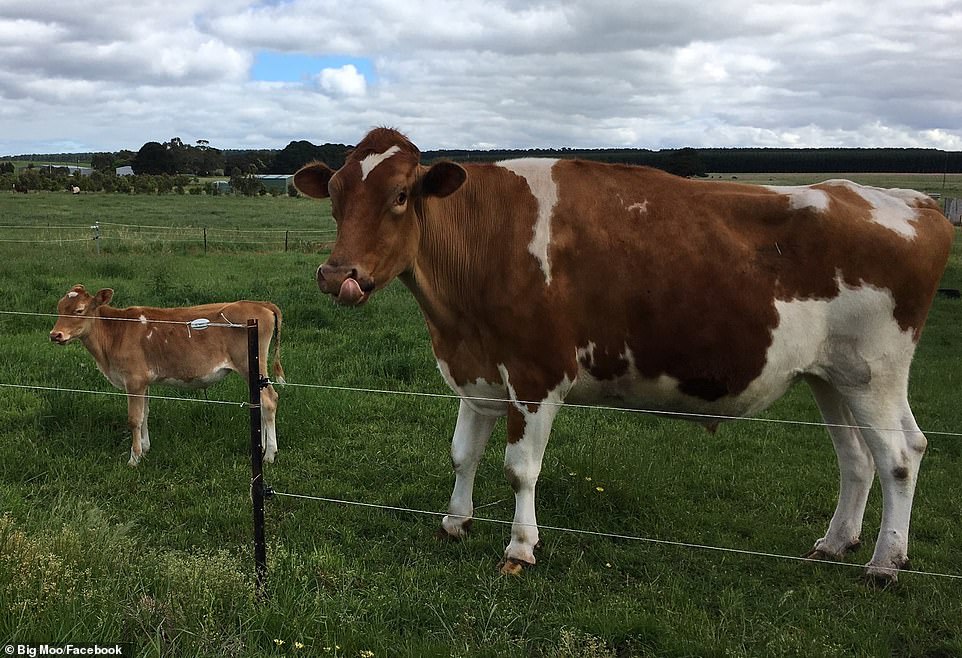 Ms Vine always suspected his continuing growth may have been the result of an undiagnosed pituitary gland disorder, the organ which regulates growth hormones

The grandmother and midwife, who lives with her dairy farmer husband, said Big Moo’s giant proportions spared him from the freezer.

‘We love Moo because of his temperament, even before he grew so big,’ she said.

‘His personality that saved him. Calves can get a bit annoying and knock you around, but Big Moo has always been a gentle giant.

Though he may he harmless, Big Moo turned heads in his hometown, where he shakes the earth with every step.

Ms Vine always suspected his continuing growth may have been the result of an undiagnosed pituitary gland disorder, the organ which regulates growth hormones.

Big Moo loved the attention of the thousands of children and family who paid a gold coin donation to pat and take photos with the gentle giant as they passed by the farm.

He has helped raise money for local charities, including with a ‘cow pat lottery’ in 2018 where punters guessed where his next dropping would land.

Fans returned the favour last year by raising more than $2,000 last year to build a new shelter for his paddock.