Before the biggest names in golf take to Le Golf National this weekend, notable figures from the world of sport, music and entertainment have strutted their stuff.

The Ryder Cup Celebrity Match takes place on Tuesday afternoon on the course in Paris, with 20 famous faces – 10 Europeans and 10 from the USA – competing in a nine-hole tournament.

Among those representing Europe are ex-footballers Luis Figo and Alessandro Del Piero, as well as One Direction singer Niall Horan and 50 Shades of Grey star Jamie Dornan. 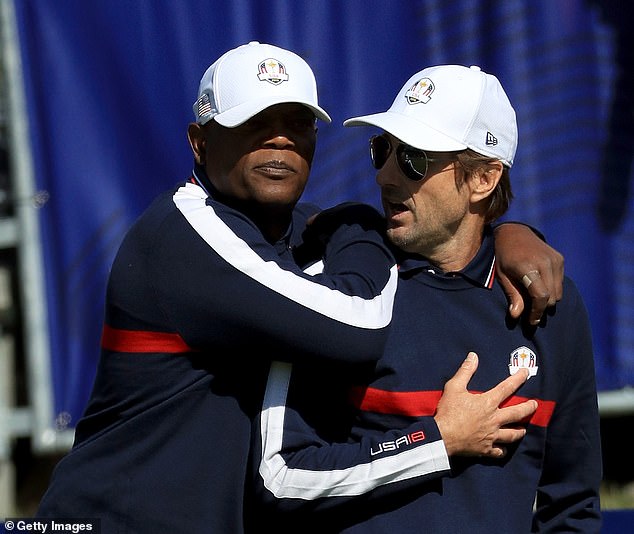 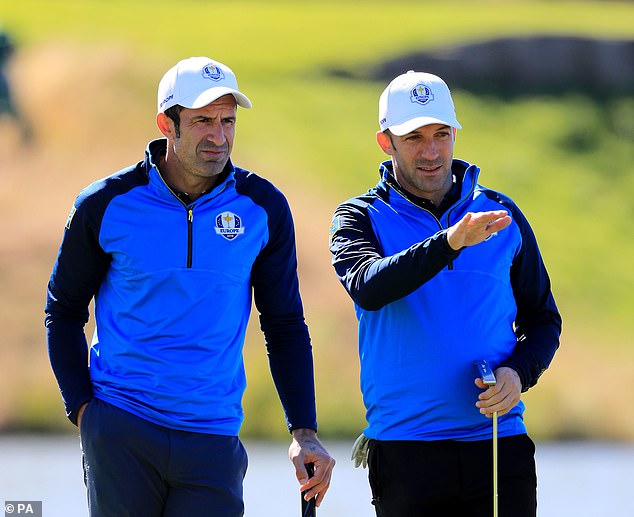 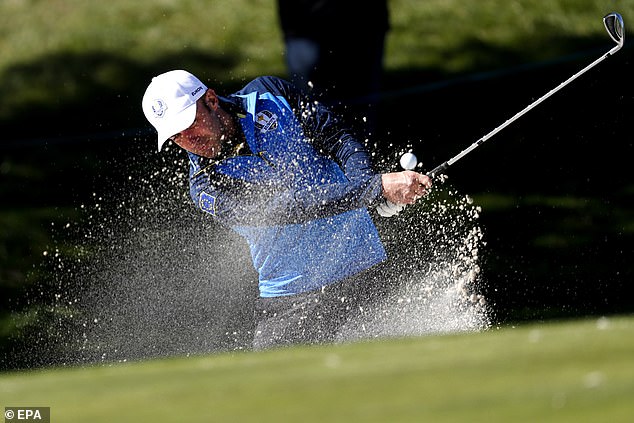 Del Piero proved adept on the course as he did on the pitch, here chipping out the bunker 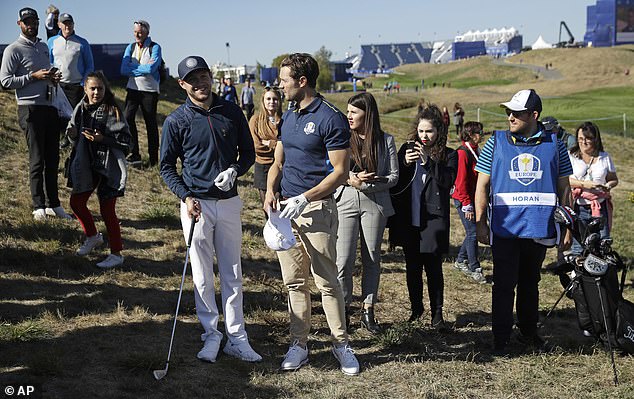 The American team is likely to be fiery, with tennis star John McEnroe and Michael Phelps, the most decorated Olympian of all time, among their number.

The match, which will be played over holes one to five and 15 to 18, will kick off the week’s festivities as the first match on the course this week.

The format saw the 10 celebs on both sides split into five pairings who faced up, with whichever team had the most winning pairs claiming the bragging rights. 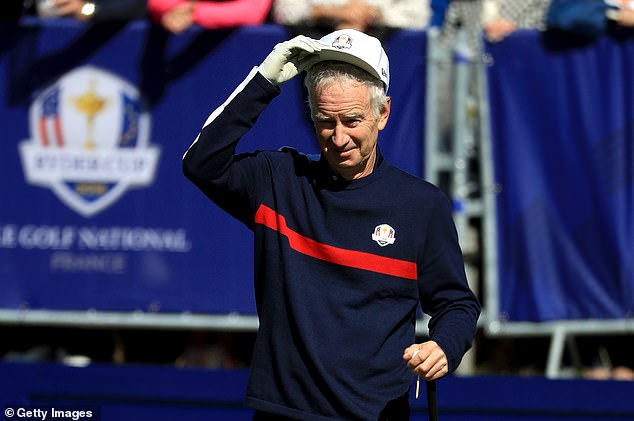 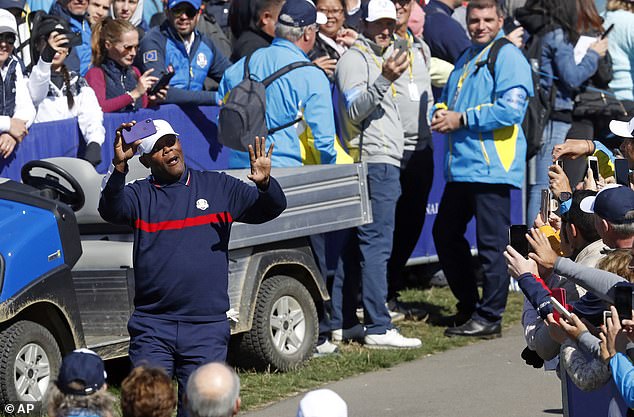 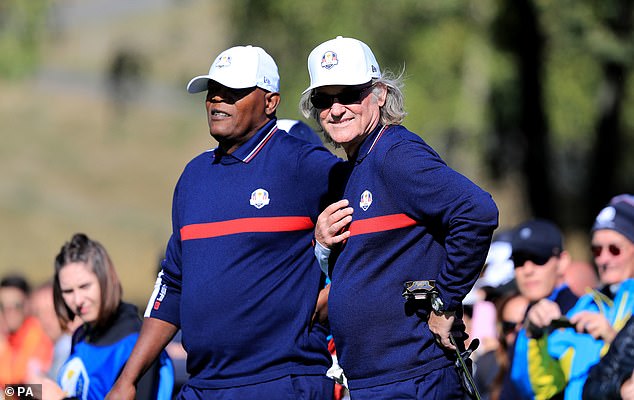 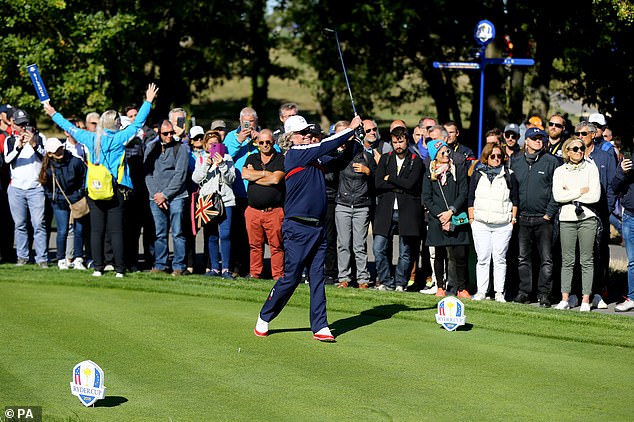 Russell fires off a tee shot, however he and Jackson fell behind early on in their pairs match 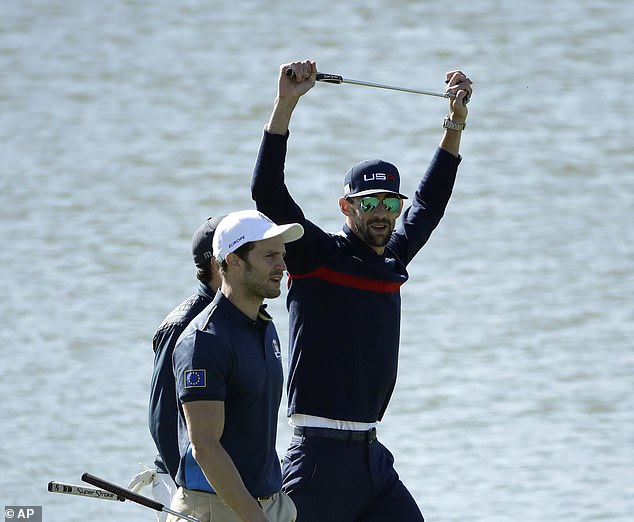 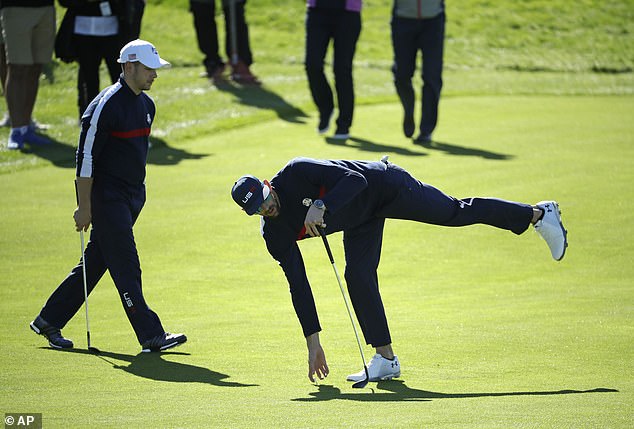 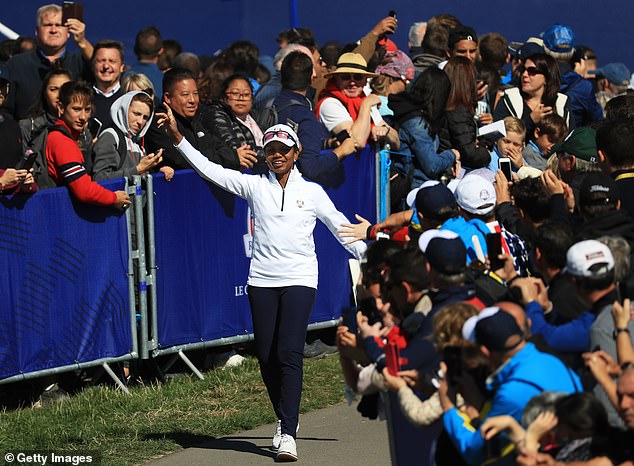 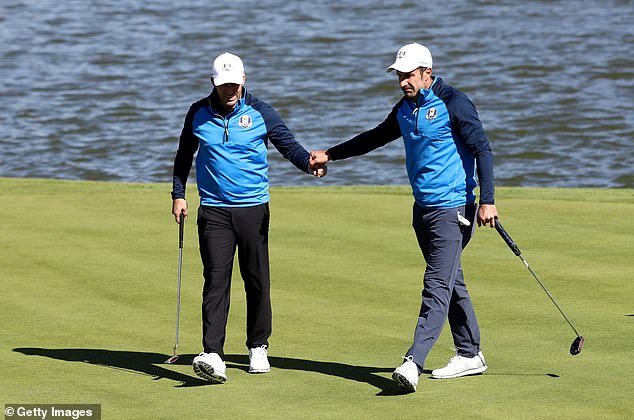 There was an all tennis clash between Yannick Noah and Guy Forget, two former French players, against McEnroe and James Blake.

Horan and Dornan faced Phelps and singer Nick Jonas in the final pairing in the cold September sunshine of Paris.

In the early stages, the sides proved evenly matched – teams Figo-Del Piero and Boon-O’Driscoll went 2-0 up, while McEnroe-Blake and Phelps-Jonas gained early advantages for the Americans.

However Team USA gained the lead when Slater-Rice went ahead, while Wilson-Kinnear managed to pull a game back. 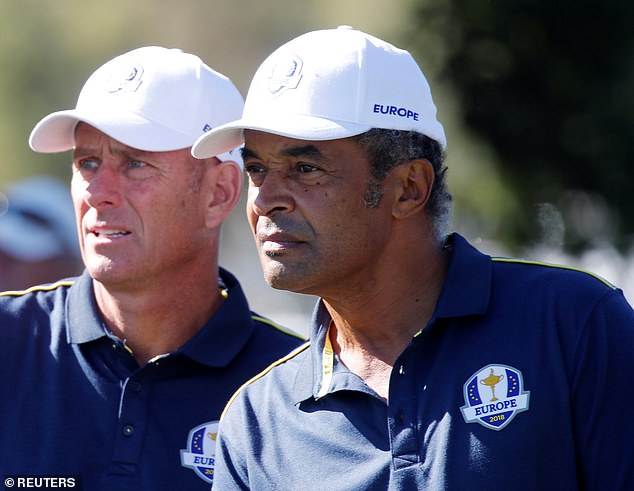 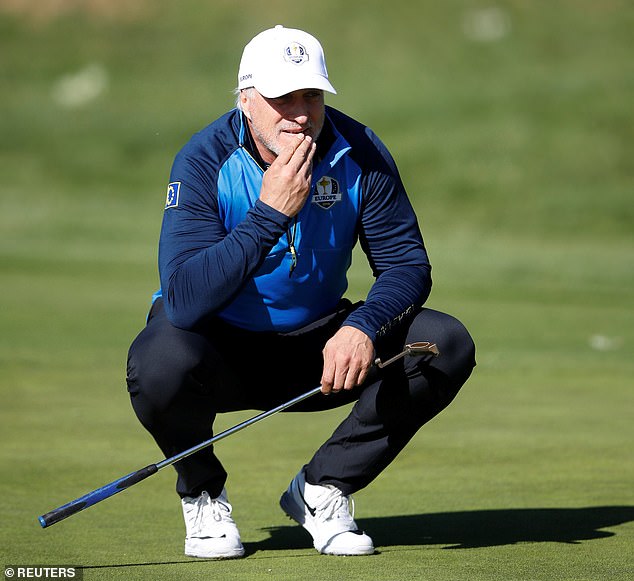 Another Frenchman, ex-Spurs and Newcastle star David Ginola, ponders his next move 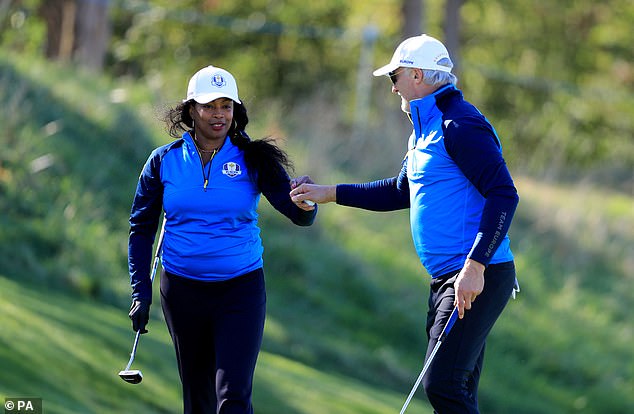 Ginola has a team talk with his golfing partner, French politician Laura Flessel-Colovic