An adorable video shows a little girl giving her younger brother a pep talk before he starts school.

The adorable girl with a big red bow in her hair speaks in a Southern accent, emphasizing her words with hand gestures. 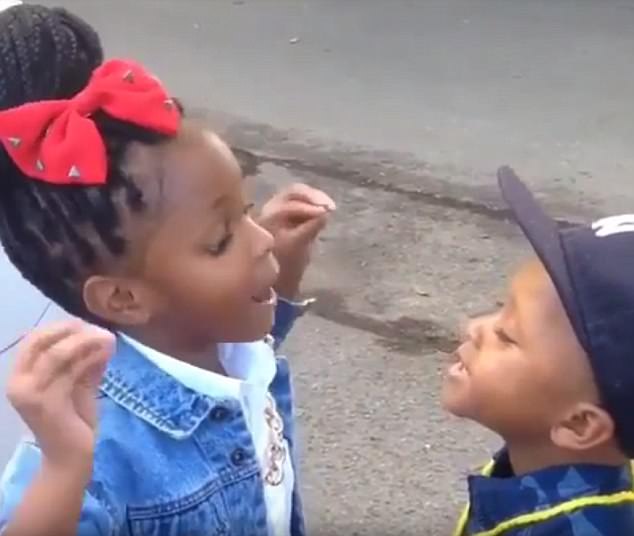 ‘Don’t even worry about people. If they talk to you, don’t talk to them,’ she says

‘Don’t even worry about people,’ she says. ‘If they talk to you, don’t talk to them.

‘Say “I’m doing my work” or ignore them or tell the teacher okay?’ she says as she puts her hands on either side of his face.

The little brother replies ‘okay’ with a big grin.

‘Okay give me a hug,’ the sister says as she wraps her arms around the boy.

The 21-second video was posted to YazmarTV on August 31. It is unclear where in the U.S. it was taken. 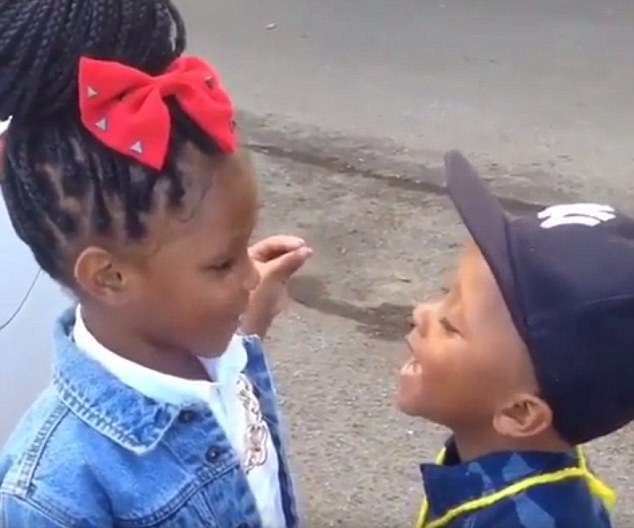 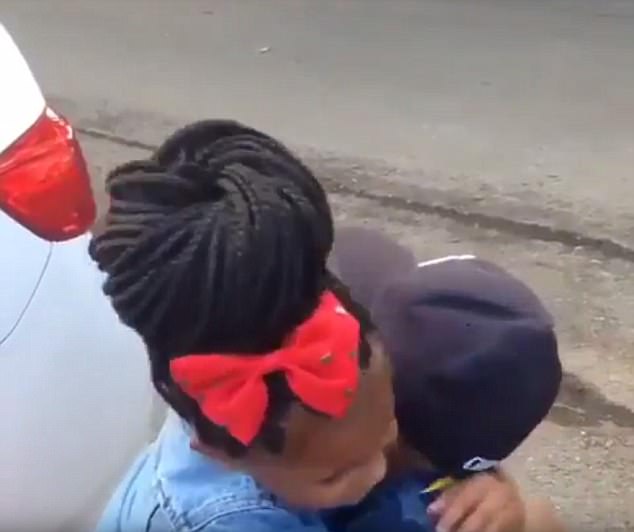