A highway in Big Sur is set to close ahead of a major storm amid landslide fears, just two years after a catastrophic mudslide on the same stretch of road.

Scenic portions of the two-lane California’s Highway 1, which runs along the Pacific coast, will close to all traffic from this weekend until officials can vouch for its safety.

Traffic will be stopped at the 5pm Saturday in the Paul’s Slide region at mile marker 21.5, and  9am Sunday at Mud Creek.

The state invested more than $40million in an attempt to stabilize the land around the highway after a landslide blanketed a quarter-mile of the roadway with as much as 40 feet of debris at Mud Creek in 2017, the Monterey Herald said.

The scenic route of Highway 1 along the Pacific Ocean. Two areas on the highway are shutting to traffic this weekend with mudslides once again a concern 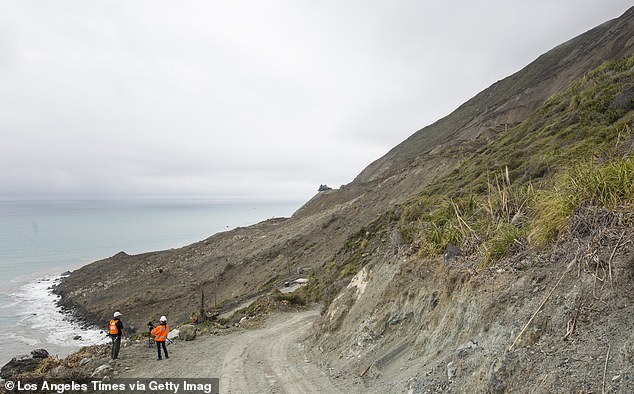 Workers assess damage from a serious mudslide on Highway 1 in May 2017 at Mud Creek in Big Sur, California 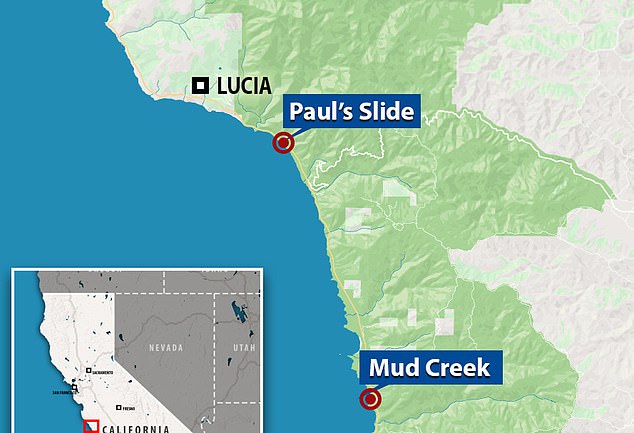 Drivers need to make alternate routes this weekend on Highway 1, as Paul’s Slide is closed to traffic starting Saturday evening. The Mud Creek portion will be shut Sunday morning

But the area is still deemed dangerous, and local authorities are taking no risks as heavy rain approaches the area.

‘Our crews will assess road conditions when safe,’ Caltrans tweeted.

Gates will be used to block traffic on the closed areas of road.

The highway will not get reopened until properly assessed and a clean-up is finished. 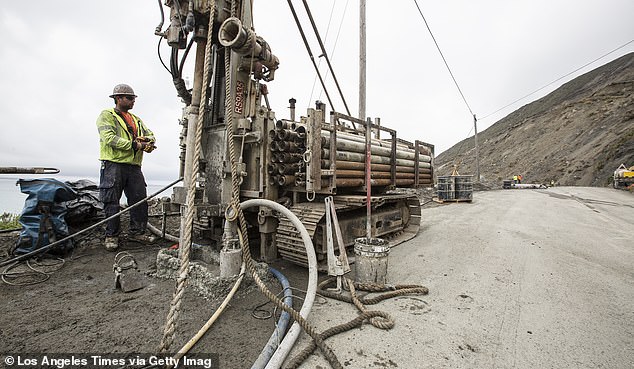 Caltrans contractors drill after a landslide cut off portion of the road on Highway 1 in Big Sur, California on May 25, 2017

‘We ask for the community’s patience during these closures. Caltrans will strive to clear the highway and reopen Highway 1 as quickly as possible when it is safe to do so,’ Caltrans District 5 Director Tim Gubbins said.

The stretch is within Monterey County, a popular destination for tourists, and a scenic route for travel from San Francisco to Los Angeles.

Caltrans previously announced they would alert the public 48 hours before any highway closures, so drivers can avoid the area. 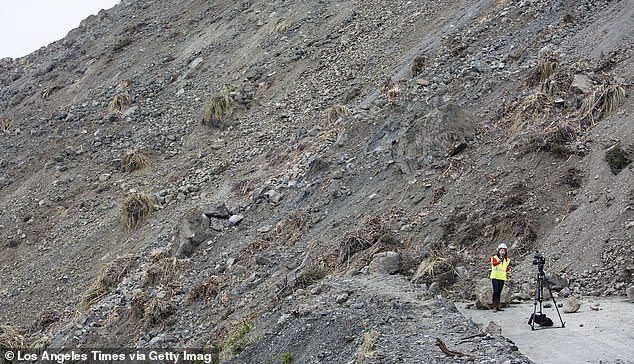 Part of the rugged terrain that has frequent mudslides on Highway 1 in Big Sur, California. After this one in 2017, more than $40milion was spent to rebuild the infrastructure 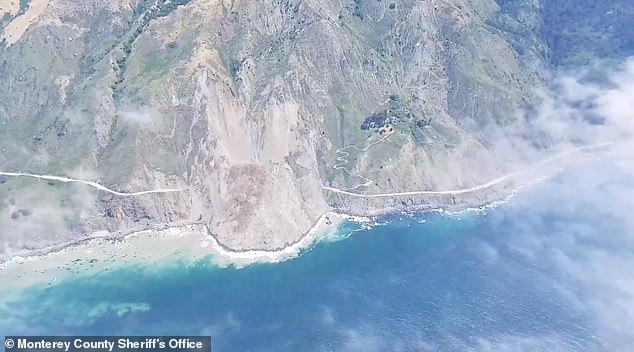 Portions of Highway 1 in Big Sur, California are closed again due to the threat of mudslides in the region 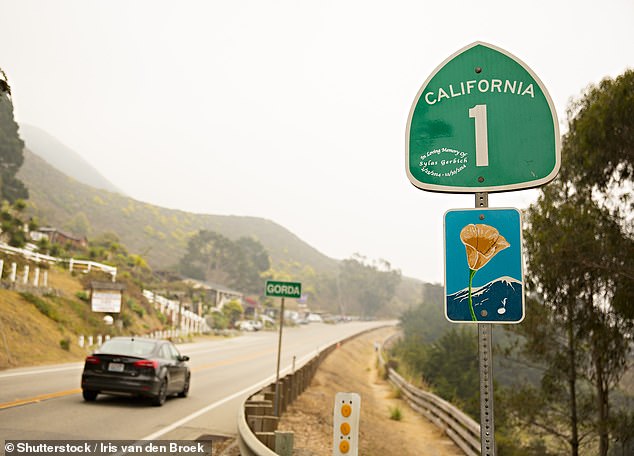 Anticipating mudslides, parts of Highway 1 in Big Sur, California are closing ahead of heavy rain, in the same area that had serious slides two years ago that caused a project to repair and rebuild

‘Safety is our top priority and we’re not going to take any chances,’ said Susana Cruz, a spokeswoman for Caltrans.

The roadway was reopened after the overhaul in July 2018, but Cruz cautioned, ‘It might be another couple years (before the end of the preemptive closures). We’re just kind of taking it a year at a time, or a winter at a time, to see how the slope settles.’

Landslides at Mud Creek last winter led to damage on parts of the road, with up to 5 feet of displacement that urgently needed repair. That work was completed in August.

Highway 1 has been plagued with problems since it opened in the 1930s. Its geography and topography have led to more than 60 landslides over the decades.