Big W is slammed as ‘sexist’ for charging $4 more for ‘female’ versions of the same soap: ‘The pink tax strikes again’

Big W has been accused of ‘sexist’ pricing after expecting shoppers to fork out an extra $4 on women’s body wash packs – despite them having the same contents as the men’s version.

An eagle-eyed shopper posted a picture showing both the men’s and women’s Tradie packs which contain a body wash and a drink bottle.

The only differences appeared to be the colour scheme, the lid on the bottles and the price tags, $18 for the women’s box, and $14 for the men’s.

A spokesperson for Big W said there had been a ‘review of the product’ following the complaint and admitted to a ‘ricing error’ noting both should have been $14.

The retailer ‘took immediate action’ and rolled back the price of the women’s branded product in store and online.

The woman’s post sparked furious comments from women sick of having ‘the female tax’ added to their expenses.

‘Women’s tax. I get men’s razors because they’re cheaper (the exact same razor),’ one woman said and dozens agreed.

‘Pink tax. It’s a higher price simply because an item is designed for a female (and usually pink in colour) even though it is usually exactly the same as the ‘mens’ version,’ another woman complained.

‘It’s the most stupid thing and rips off so many women each day,’ said another.

‘Sexism at its finest,’ one woman declared.

The mum said she had only noticed because she was looking to buy the boxes for her kids as ‘cheap stocking fillers’. 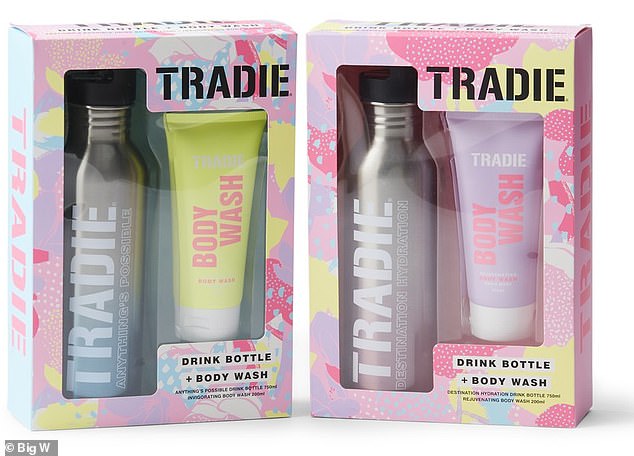 The women’s pack is pictured. It has a drink bottle and body wash with female-focused packaging

‘I didn’t actually notice the bottle lids were different. But that’s just silly for a $4 increase,’ she said.

‘Even the worker at Big W was shocked they were a different price,’ she said.

But some women decided to defend the retailer.

‘I would guess they would sell more of the men’s ones than women’s, so they get a better bulk price. It sucks but I think that’s why.’ 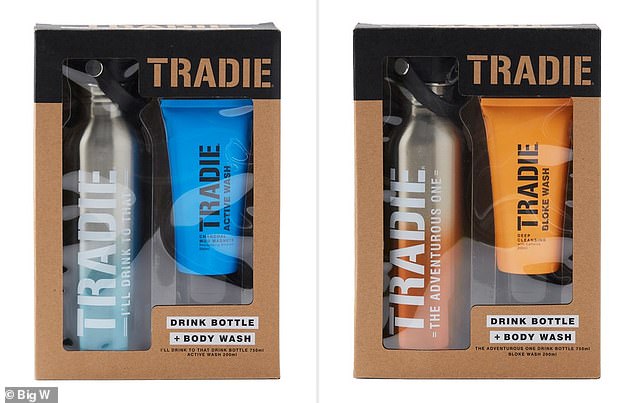 ‘The lids are different too though. I got the ladies one the other day,’ said another.

Big W said they ‘reviewed the products’ and found there to be a ‘pricing error’ as both were supposed to be $18.

‘Both sets should have been priced the same, and both products are now correctly priced at $14 each,’ a spokesperson said.

Customers who bought the woman’s branded product from November 1 will be eligible for a refund of the difference, with proof of purchase.