Bigfoot… Or just a man in a fur coat? Ohio hikers are mocked for video claiming it shows Sasquatch

Bigfoot… Or just a man in a fur coat? Ohio hikers are mocked after claiming to have filmed Sasquatch in state park

Two Ohio hikers who claim to have spotted Bigfoot have been ridiculed for dubious video footage released to bolster their wild claim.

It shows a figure, covered in what appears to be brown fur, walking through Salt Fork State Park on January 12.

One of the men, Eric, who did not wish to give his surname, said that they had heard ‘strange noises’ before the sighting. They also said they had discovered bones from a deer carcass which had been ‘ripped apart pretty good.’ 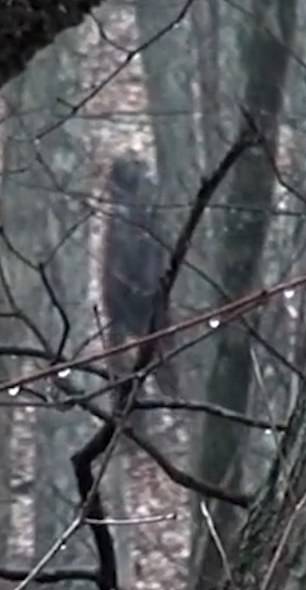 Footage shows a figure, covered in what appears to be brown fur, in Salt Fork State Park on January 12

However, they have been roundly mocked on their YouTube video which says ‘we believe we may have found the Ohio Grassman / Bigfoot / Sasquatch.’

One commented: ‘Is “Bigfoot” the same height and build as either of the two men who filmed him, with just more hair?’

While another said: ‘Looks like a bum in stolen fur coat.’ And another user wrote: ‘Looks like the Ohio grassman lost his grass pipe out there.’

However, others were convinced, one saying: ‘WOW … Very interesting find, the naysayers are just jealous they didn’t film him. Good Job!! 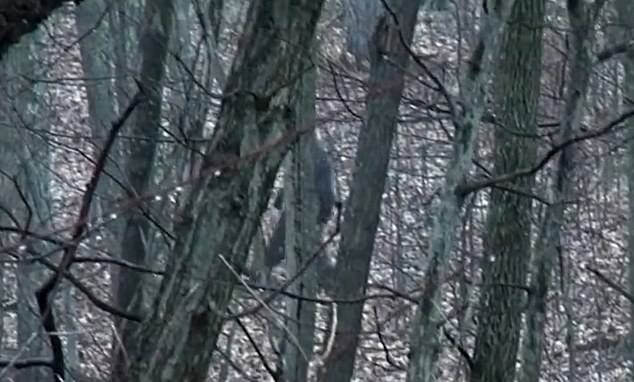 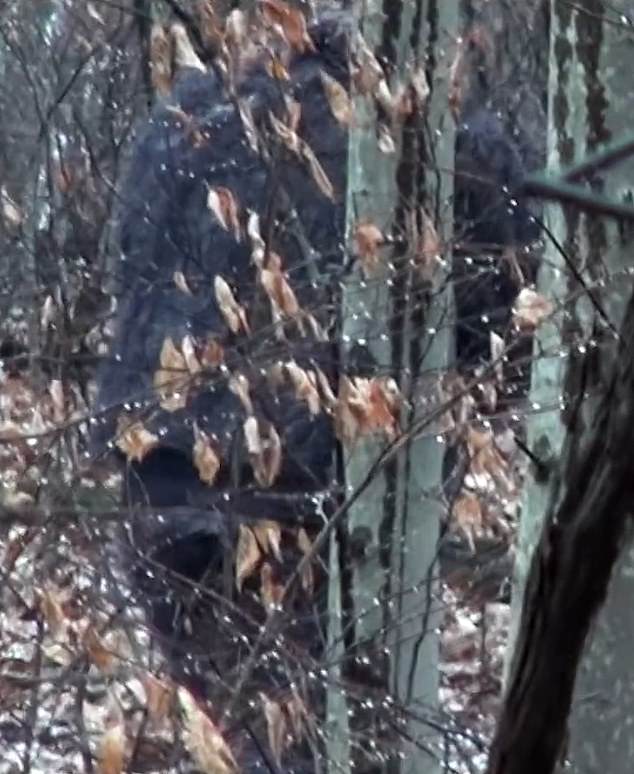 The figure was clearly shrouded or covered in brown fur, but many doubt it was in fact a Bigfoot

There have been more than 30 claims of Bigfoot sightings in the park since the mid-1980s.

However, scientists have already dismissed the existence of such a creature as folklore.

In 2012, the park was listed by USA Today among its top ten ‘Squatchiest Places.’