Long arm on the law! Shocking moment a motorcyclist SLAPS two cops’ helmets while travelling at high speed on the highway

This is the shocking moment a motorcyclist slowed down and smacked two cops on their helmets before speeding off.

The biker reduces his speed slightly as he approaches the police motor, then leans over and slaps the pair on the head in the Mexico City neighborhood of Venustiano Carranza.

He manages to speed off with his female accomplice beside him before the police officers can react.

A woman riding on the back seat of the motorcycle captured the dangerous prank on her cell phone video before the footage went viral on social media.

None of the names have been revealed for either of the suspects although pictures of their social media accounts did surface on videos that have been shared by Mexican media outlets on Sunday.

The main suspect zoomed ahead on the right lane of the road and immediately sticks out his left hand and delivers a hard smack to the the first cop, making his head wobble back and force.

Traveling a reduced pace, the motorcyclist catches up to the assaulted police patrolman’s partner and grazes the left side of the cop’s helmet.

His female companion turns the mobile phone’s camera at herself as the motorcyclist zoomed away from what could have turned into a near-fatal accident.

No arrests have been announced. 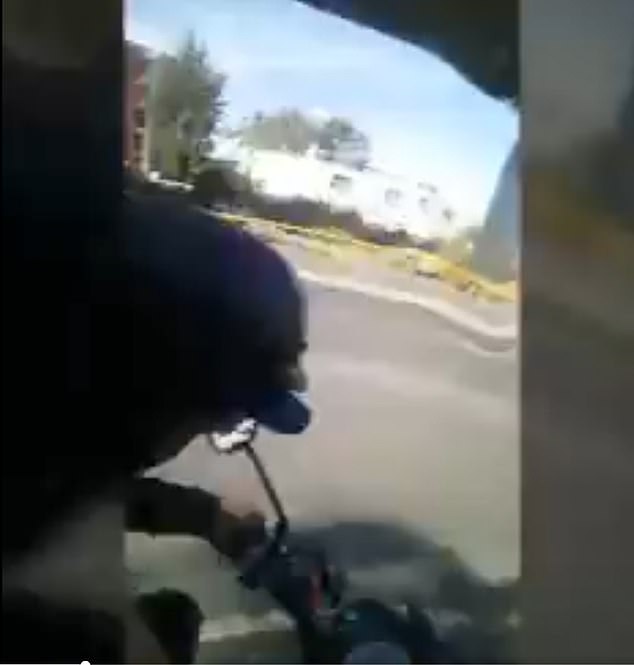 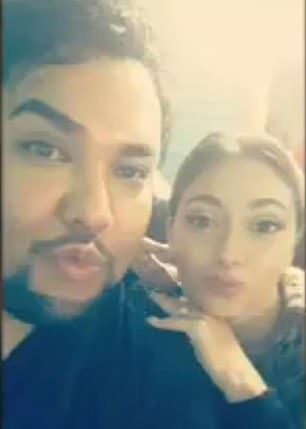 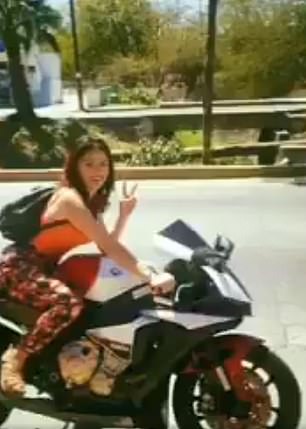 A motorcyclist (left) sped up on his bike and slapped two police motor cops while his friend (pictured to the left of the biker on the image to the left; right) filmed the entire shocking incident on a cell phone