By Jackson Barron and Brett Lackey For Daily Mail Australia

The ex-Hells Angel enforcer was released on bail in January following his arrest in Airlie Beach, north Queensland, in November 2019 after a spate of alleged violent incidents on a trip away with his now ex-partner Allaina Jones. 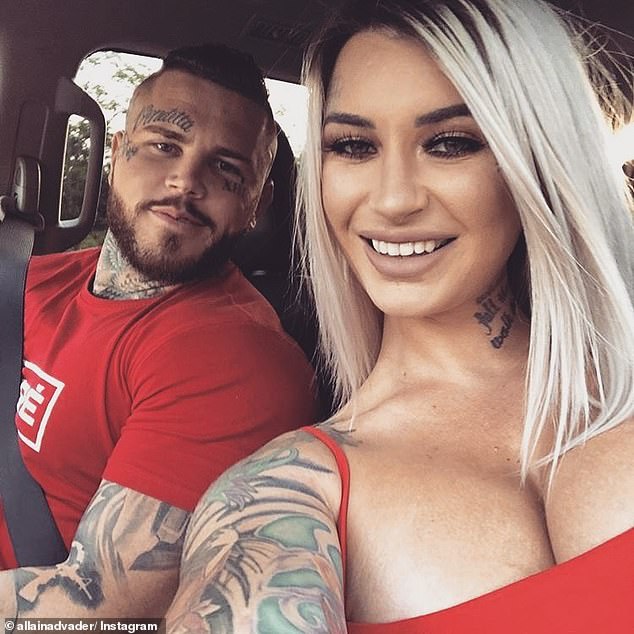 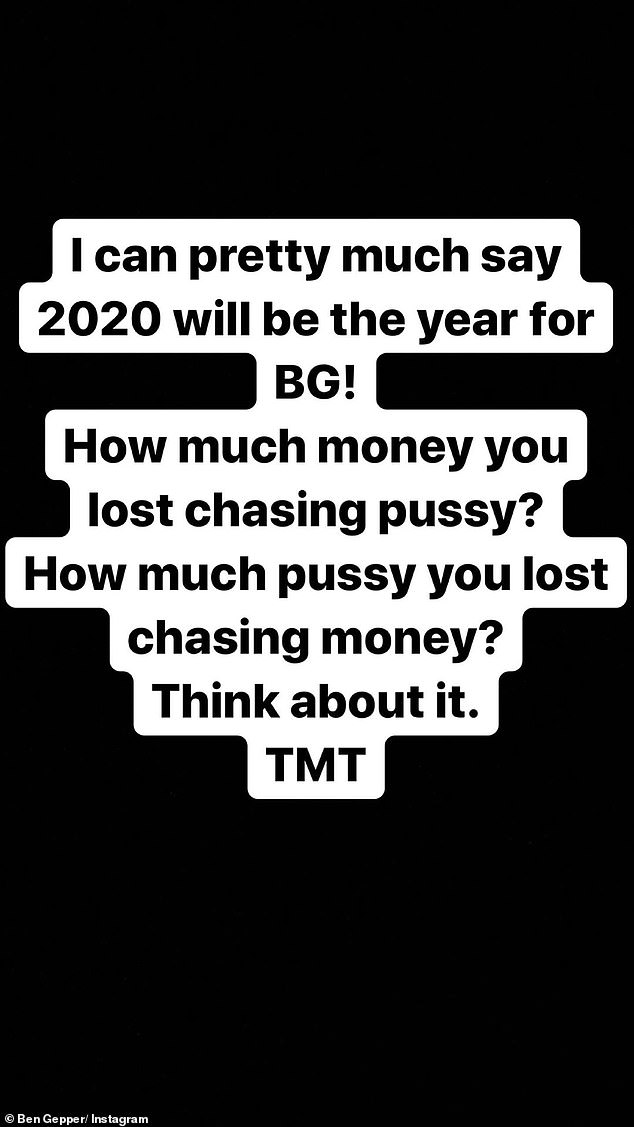 Geppert’s Instagram story, where he claimed ‘2020 will be the year for BG!’

Geppert is serving a three-year suspended prison sentence following a fight outside a KFC restaurant on the Gold Coast.

The bikie was back in the news in September following the stabbing death of his 17-year-old brother Harrison during a brawl.

At the time of his brother’s death, Geppert said he was ‘crushed’ and ‘if I could give my life for you to have yours back I would do so without thinking twice’.

Geppert moved to Airlie Beach after his brother’s death, and has received a number of threatening messages online since his relocation. 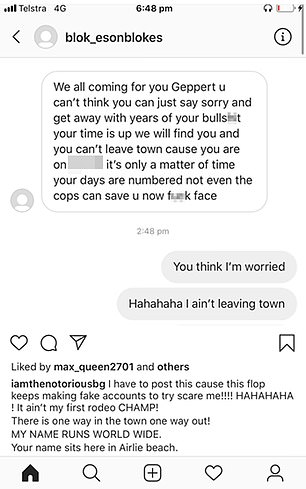 ‘We are all coming for you Geppert u can’t think you can just say sorry and get away with years of your bulls**t,’ the message reads.

‘Your time is up we will find you and you can’t leave town cause you are on parole’.

‘It’s only a matter of time your days are numbered not even the cops can save u now f**k face’.

Geppert captioned the screenshot saying the person ‘keeps making fake accounts’ to try and scare him and that he has no intention to leave Airlie Beach.

He followed that post with a picture of a mystery brunette with the caption ‘see you soon princess,’ signalling an end to his tumultuous relationship with former partner Allaina Jones.

The estranged couple have regularly made headlines in recent years, from a war of words with their relatives to both of them being involved in public fights and road rage brawls. 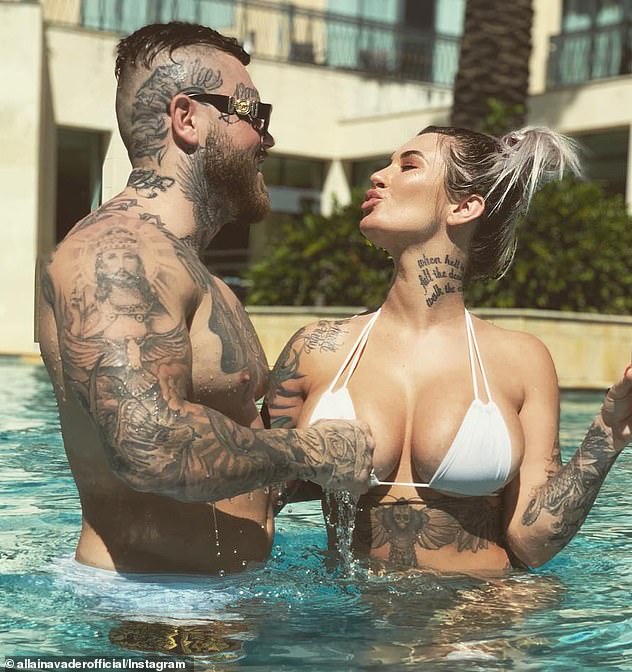