Members of the Tu Tangata Riders Iwi Tapu group turned up to support the Christchurch Muslim Community who were marking one-year since the devastating attacks in March 2019, in which 51 people were killed.

One photograph shows the Mosque’s Imam Gamal Fouda performing a hongi – a traditional Maori greeting in which people embrace and touch noses – with members of the group.

Members of the group, whose Maori name translates as ‘stand tall, stand proud holy tribe’ also ‘hongied’ other mosque members before they assembled to perform a haka. 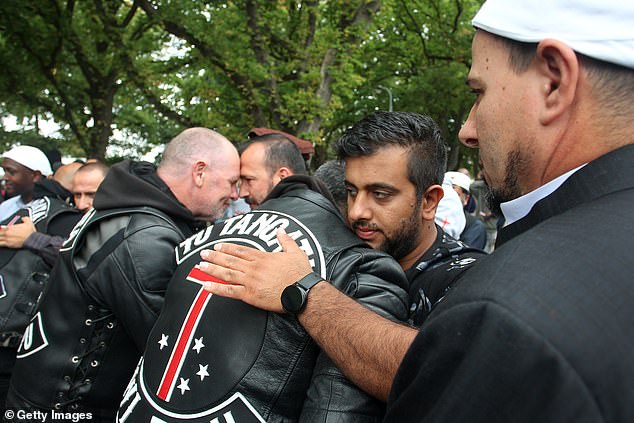 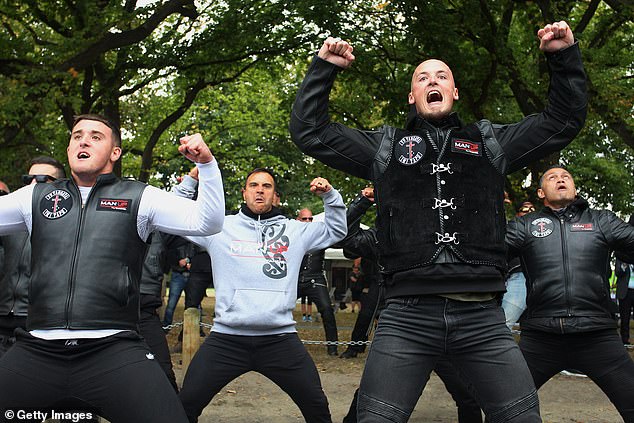 According to its Facebook page the Tu Tangata Riders are ‘a motorcycle group that rides with a positive purpose’.

The group is active in organizing events by the group, Man Up, a non-government funded free 15 week program that ‘helps identify, expose, and understand core root issues of why men experience dysfunctions’.

The South Island Man Up was established in Timaru, New Zealand in July 2018 and is based on a programme by Destiny Church, which is led by controversial pastor, Brian Tamaki.

The programme is led by Bishop Tamaki’s son-in-law Caine Warren. 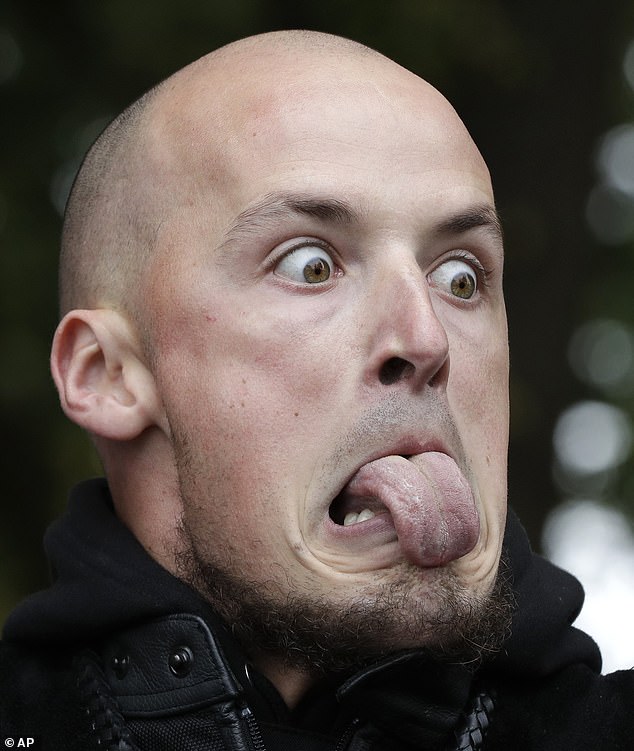 The group has helped many former members of feared gangs such as the Mongrel Mob, and Black Power, in dealing with issues including crime, violence, drugs, alcohol and depression.

Speaking about Man Up, Tamaki said the group is focused on ‘healing.’ 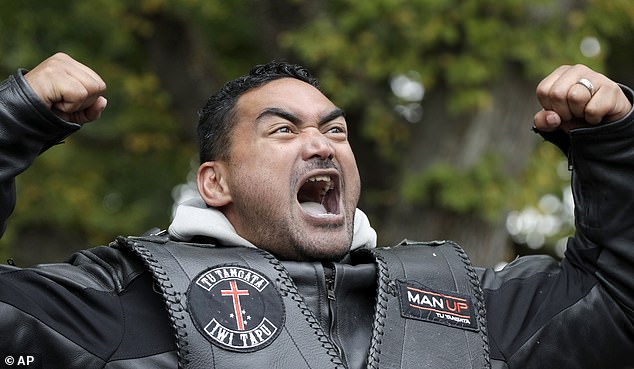 The hongi and haka took place outside the Al Noor Mosque.

A large commemoration event to be held on Sunday at Christchurch’s Horncastle Arena was earlier cancelled due to new restrictions in place because of the coronavirus.

At a news conference on Friday, New Zealand’s Prime Minister Jacinda Ardern said the country and its people ‘have fundamentally changed’ since the attacks.

Ardern also said: ‘The challenge for us will be ensuring in our everyday actions, and every opportunity where we see bullying, harassment, racism, discrimination, calling it out as a nation.’