Bikie is accused of running a $4.5million luxury car scam that allegedly operated out of Sydney

A heavily tattooed Comanchero bikie has been charged with running a highly organised and sophisticated luxury car scam that allegedly netted $4.5million.

The syndicate, allegedly run out of Campbelltown in south-west Sydney, created fake documents to get loans for luxury vehicles and then on-sold them, police allege.

They allegedly made their millions by seizing 18 vehicles, the Gold Coast Bulletin reported.

The pair were extradited to New South Wales on Wednesday.

Monstr Detailing is a professional detailing business that has serviced some of Australia’s most well-known and luxurious car brands, its website states.

The alleged ringleader, Christian Nassar, is on the run after he allegedly rammed a police car on Monday.

The operation allegedly saw the group getting loans for luxury cars and changing the payment details to electronic payment system BPAY before making just three payments. 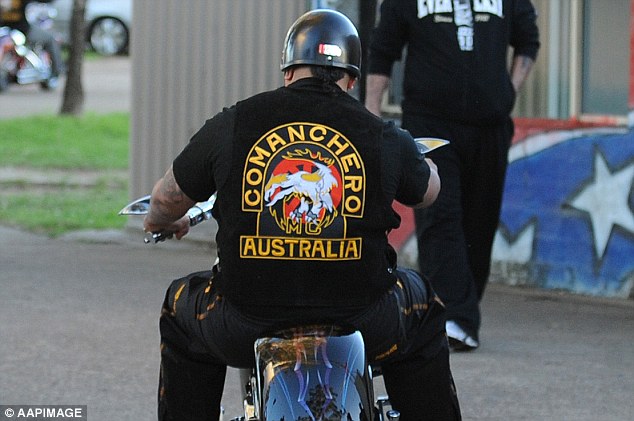 The cars, such as Mercedes and HSV Club Sports, would then be sold on at ‘drastically reduced prices’ it is alleged in court documents from police.

The charged men allegedly used fake details when securing the loans, making them impossible to trace.

Police allege the group thought that by making the three payments the finance company would be unable to file a report with the police as it would be deemed a civil dispute. 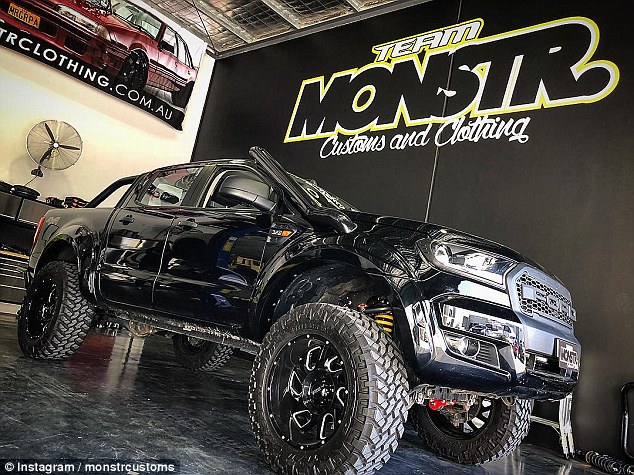 Police documents filed in court said Ross is a member of the Comanchero gang.

‘He is highly organised and sophisticated in criminal activities and police methodology.’

Ross and Stoneman’s lawyer Marty Longhurst said the value of the alleged offending was exaggerated.

‘The specifics in the Crown’s case is that (Ross) is allegedly involved with vehicles valued at $400,000 … but it states the global amount of $4million and his alleged involvement in the syndicate is tenfold of what is specifically alleged in relation to the value of the cars.’

Monstr Detailing is a professional detailing business that has serviced some of Australia’s most well-known and luxurious car brands, its website states

The case involving Ross and Stoneman was adjourned to Campbelltown District Court on November 21.

Ross – who had brain tumours removed earlier this month – was granted bail on Wednesday due to poor health.

The other two are due to appear in court in November.