Enduring a first bikini wax is a painful enough experience for anyone. But for five people – men and women – who bravely agreed to try out the beauty ritual, the process was made all the more uncomfortable by the addition of a camera which captured every second of their pain in slow-motion.

Bikini waxes are considered a necessary evil for some but for others, they are nothing more than a painful process they can be foregone completely, a feeling which may still be the case for the majority of the participants in Cut.com’s latest slow-mo video project – judging by their priceless reactions.

The video opens with a cameraman individually asking participants, ‘Have you ever had a bikini wax?’ to which they all responded no – before going on to describe their feelings about the process.

First time waxing: Five people get a bikini wax for the first time and their reactions are captured in a slow-motion video 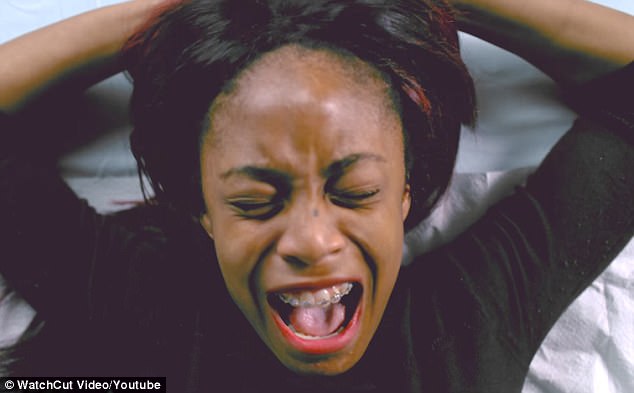 Ouch! After the cameraman does a countdown, the aesthetician rips off the waxing strip, prompting some very upset reactions from the men and women involved 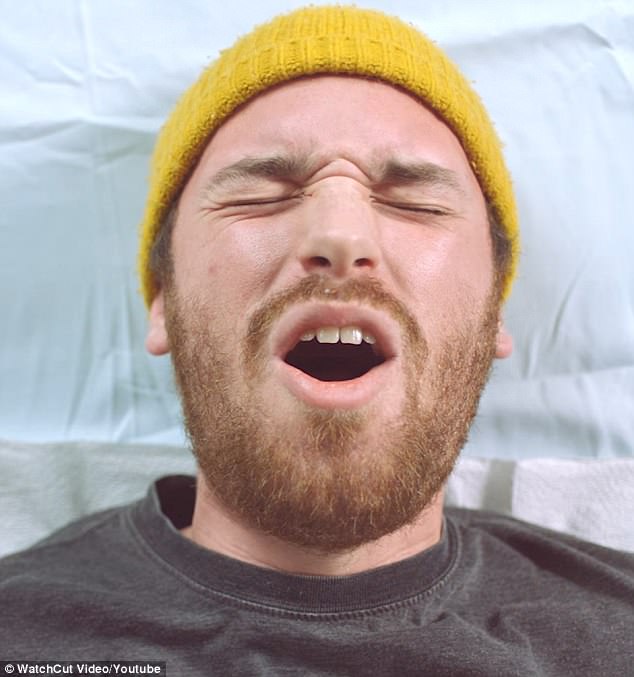 Fictitious response: One of the participants said he agreed to be a part of the video because  he had seen reaction videos before and they seemed fake 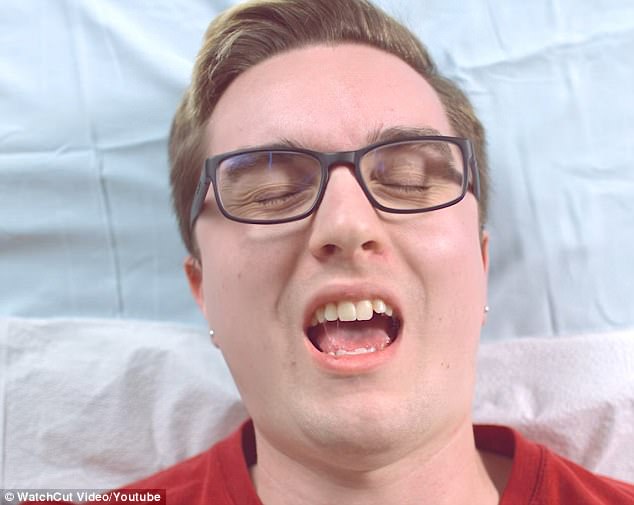 A painful experience: The video included both men and women, all of whom revealed that they had never been waxed before 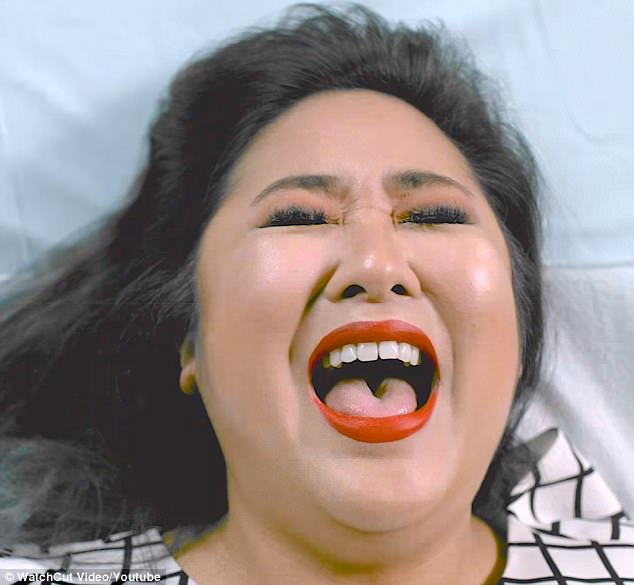 1,000 frames per second: Cut.com used a special camera to ensure that every single moment of their pain was caught for the slow-mo video

They then ask them if they’re nervous and if one person’s response of ‘I am extremely nervous’ isn’t enough to convince you, the terrified expressions on all of their faces most certainly will be.

Someone behind the camera then asks one man why he agreed to take part in the video – to which he responded that, when he has seen reaction videos of people getting a bikini wax in the past, he believes their agonized expressions and screams of pain were all ‘fictitious responses’.

A rather flawed concept which he was determined to prove through his own participation in the prokect.

One of the crew members then proceeds to point out the camera to the participants, which captures their reactions at 1,000 frames per second and therefore won’t miss a single second of their facial responses to the treatment – whatever those might be.

The aesthetician prompts her victims to lie down on the table and place their right foot to the inside of their opposite leg while they prepare to experience the pain.

‘My whole body is shaking:’ After her bikini wax, one of the participants said she could still feel the effects from the experience for several seconds 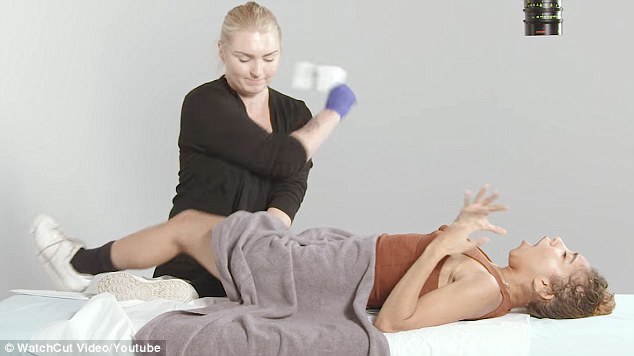 Just like a band-aid: One of the women was left in immense pain when the beautician ripped off the waxing strip

They even ask one man if he has a high pain tolerance and he immediately answers, ‘No, not all,’ which should make for an interesting reaction.

After she smears the wax onto their bikini area, the camera man begins the countdown while the men and women all squirm and flinch at the beautician’s touch.

And the moment the countdown reaches one, the video catches their aching reactions – one by one – on the slow-motion camera.

After that’s complete, the cameraman asks one of the women how her first bikini wax felt to which she admits ‘my whole body is shaking’ while her hands cover her eyes to mask the pain.

The newly-waxed men and women are then shown their hairy waxing strip and if that wasn’t enough of a surprise, they have to gear up for another round of waxing, with their initial waxing experience apparently doing nothing to ease their anxiety.

That’d going to hurt: Before they had their bikini waxes, the participants can be seen squirming and flinching in the video

Real responses: One participant set out to prove that people’s pained reactions in other bikini wax videos were fake – but he quickly changed his mind

Never again: After she underwent the bikini waz, this woman said she would never get the treatment done ever again

And once again, the countdown begins and of course, an up close and personal shot of their reactions that are very similar to their first-time responses that happened moments ago.

Afterward they ask the men and women how they feel and if they are satisfied with the results. One of the participants says she feels like a new women while the two other women admit that it’s still ‘burning’ and ‘stinging’.

And in the last few moments of the video, one of the women compares it to a cat fight ‘but with your vagina’ before adamantly stating that she will never be doing this again.

It’s unclear if the other people will or won’t be getting another wax in their future but at least now they can rip ‘getting a bikini wax’ off their list.