Former President Bill Clinton has said he disagrees with Senator Kirsten Gillibrand’s view that he should have resigned because of the Monica Lewinsky affair.

‘You have to – really ignore what the context was,’ Clinton told CBS Sunday Morning in an interview that will air this Sunday at 9:00am Eastern Time.

‘But, you know, she’s living in a different context. And she did it for different reasons. So, I – but I just disagree with her.’

Clinton was asked about statements made last year by the New York Democrat who has been an outspoken voice in the MeToo movement. 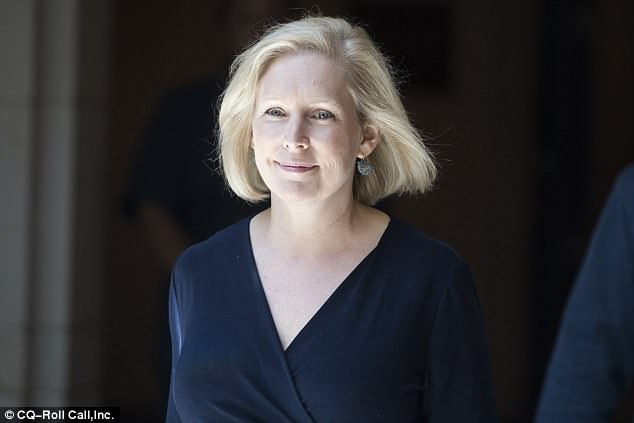 Clinton was asked about statements made last year by Gillibrand (above), the New York Democrat who has been an outspoken voice in the MeToo movement

In the weeks after the Harvey Weinstein revelations led to a domino effect of powerful men being accused of sexual harassment, Gillibrand gave an interview to The New York Times.

When she was asked if she thought Clinton should have stepped down after it was revealed he carried on an extramarital affair with Lewinsky, who was then a White House intern in her early twenties, the senator replied: ‘Yes, I think that is the appropriate response.’

‘Things have changed today,’ Gillbrand said, ‘and I think under those circumstances there should be a very different reaction.’

A spokesperson told the Times that Gillibrand was trying to underscore that Clinton’s actions, had they happened in the current era, should have compelled him to resign.

Gillibrand is the highest-profile elected Democratic official to say that the former president should have stepped down as a result of his affair.

The House in 1999 voted to impeach Clinton of perjury and obstruction of its investigation into the affair. The Senate acquitted him.

Gillibrand’s remarks came to light on the day Democratic US Sen Al Franken of Minnesota apologized after a Los Angeles radio anchor accused him of forcibly kissing and groping her during a 2006 USO tour. 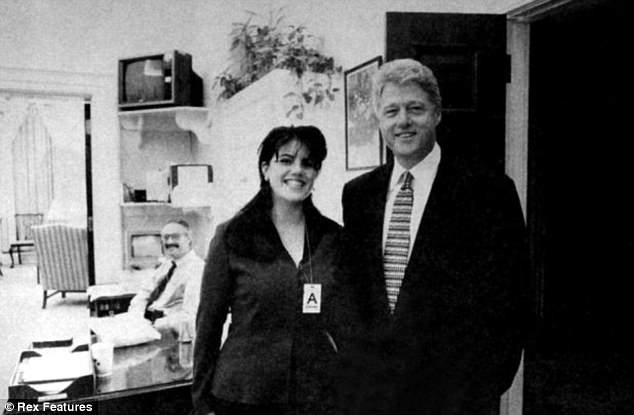 The House in 1999 voted to impeach Clinton of perjury and obstruction of its investigation into the affair. The Senate acquitted him. Clinton and Lewinsky are seen together in a photo taken in November 1995

After Gillibrand later said that Trump, too, should resign over allegations he groped women, the president attacked her on Twitter.

‘Lightweight Senator Kirsten Gillibrand, a total flunky for Chuck Schumer and someone who would come to my office “begging” for campaign contributions not so long ago (and would do anything for them), is now in the ring fighting against Trump.

In response, Gillibrand accused Trump of using a ‘sexist smear attempting to silence my voice, and I will not be silenced on this issue.’

Gillibrand’s comments about Bill Clinton angered supporters of the former president and his wife, Hillary Clinton, whose former spokesperson took aim at the senator.

‘Senate voted to keep POTUS WJC. But not enough for you @SenGillibrand?’ Phillipe Reines wrote on Twitter.

‘Over 20 yrs you took the Clintons’ endorsements, money, and seat. Hypocrite. Interesting strategy for 2020 primaries. Best of luck.’