Despite Tuesday’s sentencing of disgraced actor Bill Cosby, the Hollywood Chamber of Commerce will not remove his Walk of Fame star.

Immediately after Cosby was sentenced to three to 10 years for drugging and sexually assaulting a woman at his Philadelphia home more than a decade ago the chamber released a statement saying stars are permanent- no matter what the recipient may do in their personal lives.

‘The Hollywood Walk of Fame star is a historical record of entertainment figures past and present. Once installed, the stars become part of the historical fabric of the Walk of Fame, a “designated historical cultural landmark”, and are intended to be permanent,’ the statement read.

The Hollywood Chamber of Commerce said it would not remove Bill Cosby’s Walk of Fame Star. The disgraced comedian is pictured on Tuesday leaving the Montgomery County Correctional Facility following his sentencing 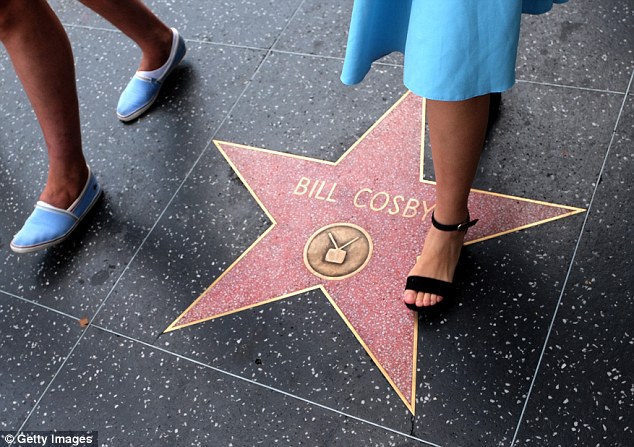 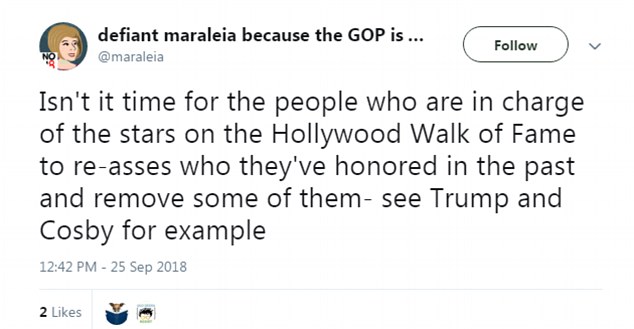 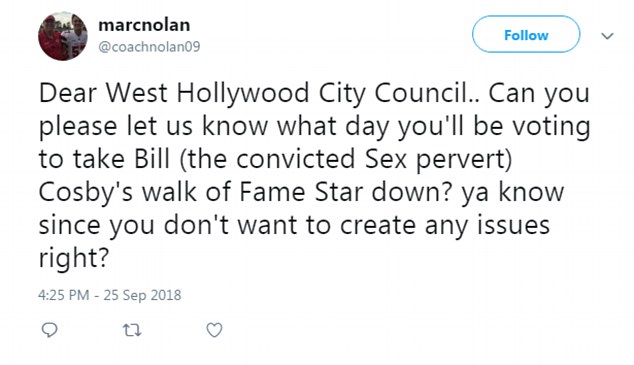 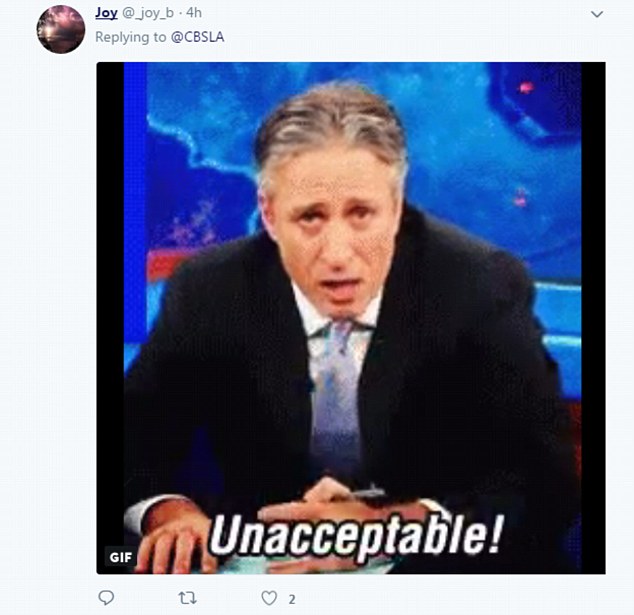 On Monday, a petition signed by thousands was submitted to the Chamber of Commerce demanding Cosby’s star be removed from Hollywood Boulevard, where it currently rests.

Los Angeles Urban Policy Roundtable President Earl Ofari Hutchinson told CBS Los Angeles that if the committee allows the star to stay they would be violating its own rules ‘that an honoree must make worthy contributions to the community’.

‘Cosby’s horrendous documented sexual abuses hardly qualify as worth contributions to the community,’ he added.

The Chamber of Commerce has never removed a star and denied a 2015 request to have Cosby’s star uprooted. 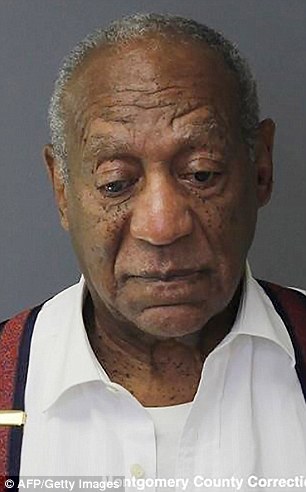 ‘The stars only commemorate the recipient’s professional accomplishments,’ the chamber said Tuesday. ‘It is regrettable when the personal lives of inductees do not measure up to public standards and expectations; however, the Hollywood Chamber of Commerce does not remove stars from the Walk of Fame.’

The chamber’s announcement has been met with mostly outrage from social media users.

‘Isn’t it time for the people who are in charge of the stars on the Hollywood Walk of Fame to re-asses who they’ve honored in the past and remove some of them – see Trump and Cosby for example,’ a Twitter user named Marlaeia wrote.

Another, named Scott Spencer, added: ‘#Boycott the City of Los Angeles until the star of Bill Cosby on the #Hollywood Walk of Fame is permanently revoked’.

One user tweeted that Cosby’s star could be used as a ‘potty spot’ for dogs, while another said it was ‘unacceptable’ it wouldn’t be removed.

Cosby’s star was vandalized earlier this month with the words ‘serial rapist’ written on it in black ink. It has since been cleaned.

Cosby, 81, was declared a ‘sexually violent predator’ before a judge sentenced him for drugging and sexually assaulting Temple University women’s basketball administrator Andrea Constand at his Philadelphia home in 2004.

Cosby, who once was known as ‘America’s Dad’ during his role on the sitcom The Cosby Show has to undergo lifelong counseling and report quarterly to authorities. 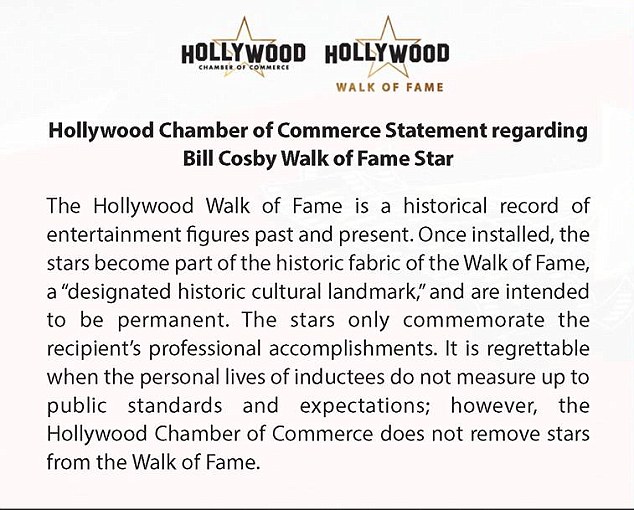 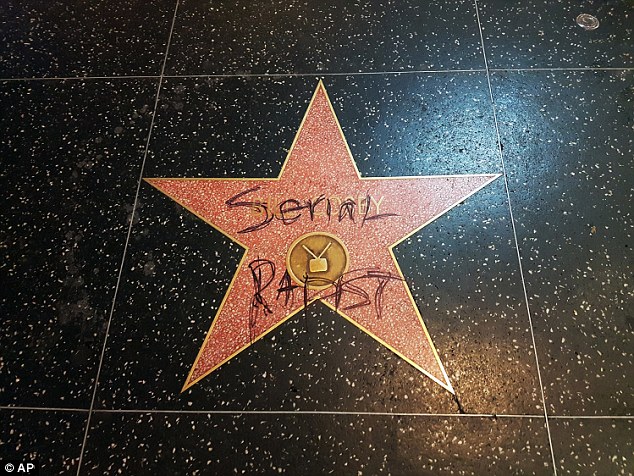 His name will also appear on a sex-offender registry and sent out to neighbors, schools and victims. In addition to Constand, 60 women accused the former comedian of sexual misconduct but Constand’s was the only case to be brought to trial.

Cosby is expected to begin his sentence at the Montgomery County Jail outside of Philadelphia, according to a Montgomery County district attorney’s office spokeswoman. He will eventually be transferred to SCI Phoenix in Collegeville, Pennsylvania. It’s believed he will be put in a long-term medical care unit at the maximum security prison.

Cosby’s spokesman Andrew Wyatt is furious at how trial and sentencing played out, telling reporters outside the courthouse that anyone who has anything bad to say about his client is a ‘joke’.

‘Mr Cosby knows that God is watching over him… he knows that these are lies. They persecuted Jesus and look what happened,’ he said. ‘I’m not saying Mr Cosby is Jesus, but we know what this country has done to black men for centuries.

Wyatt added: ‘So Mr Cosby is doing fine. He’s holding up well and everybody who wants to say anything negative, you’re a joke as well.’