New York City mayor Bill de Blasio has apologized for singling out ‘the Jewish community’ after condemning a large orthodox funeral in Brooklyn.

The Mayor issued stern warnings regarding social distancing to the wider New York City community after the Hasidic funeral of Rabbi Chaim Maertz saw thousands gather in one Williamsburg block of NYC on Tuesday night.

But it was De Blasio’s general reference to the ‘Jewish community’ in his warning which caused backlash, as he failed to distinguish between sects within the religion.

De Blasio tweeted: ‘Something absolutely unacceptable happened in Williamsburg tonite: a large funeral gathering in the middle of this pandemic.

‘When I heard, I went there myself to ensure the crowd was dispersed. And what I saw WILL NOT be tolerated so long as we are fighting the Coronavirus. 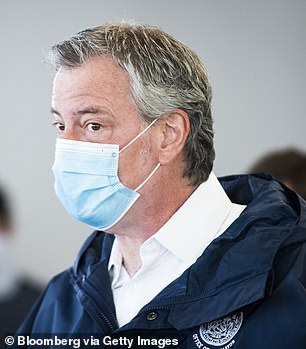 Adding: ‘My message to the Jewish community, and all communities, is this simple: the time for warnings has passed.

‘I have instructed the NYPD to proceed immediately to summons or even arrest those who gather in large groups. This is about stopping this disease and saving lives. Period.’

Over 2,500 people turned up to mourn the prominent rabbi in the Williamsburg section of Brooklyn, which is home to the Satmars, an ultra-orthodox sect of Jews – 12 summonses were issued.

De Blasio later apologized for generalizing members of the religion at a press conference on Wednesday, stating: ‘If in my passion and in my emotion, I said something that in any way was hurtful, I’m sorry about that.

‘That was not my intention. But I also want to be clear: I have no regrets about calling out this danger and saying we’re going to deal with it very, very aggressively.’ 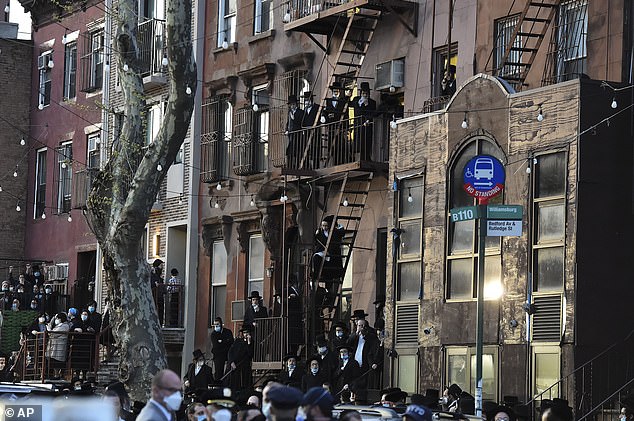 Over 2,500 people turned up to mourn the prominent rabbi in the Williamsburg section of Brooklyn, which is home to the Satmars, an ultra-orthodox sect of Jews 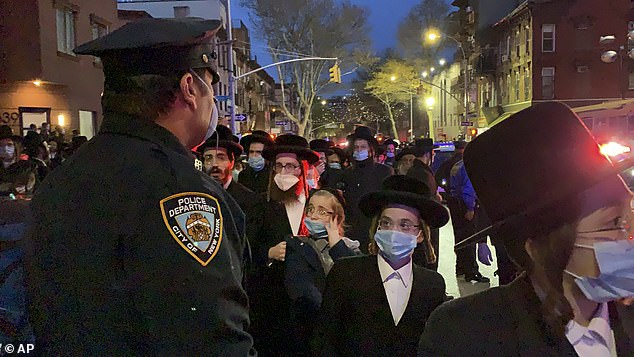 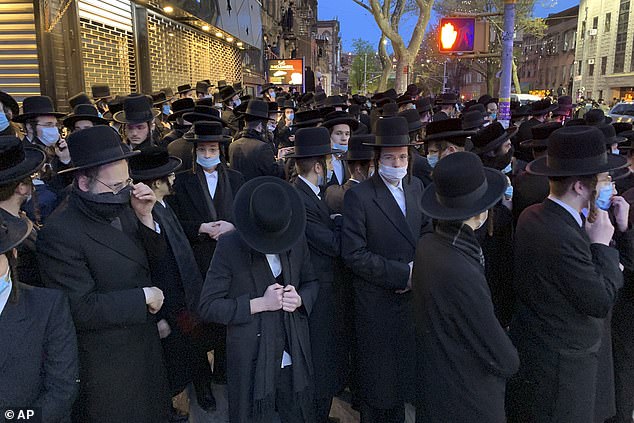 Adding: ‘For decades I’ve made it my business to stand up for the Jewish community, and people know that. Won’t tolerate anti-Semitism, won’t allow it to grow in the city.

‘My message was to all communities, and that was written in black and white. But it was also to be clear that what I saw I had not seen anywhere else, and I was trying to be honest about the fact that this is a problem that people have to come to grips with and deal with, or else people in the community will die.’

Community leaders had coordinated with authorities in an attempt to control the group of mourners after the Rabbi’s death was announced at 3:30pm that day, despite this many crowded together without masks.

At the press conference De Blasio said: ‘We’re here to protect human beings and people were put in danger last night. Members of the Jewish community were putting each other in danger. They were putting our police officers in danger.’ 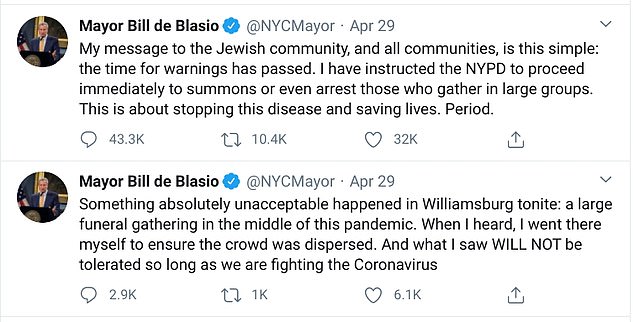 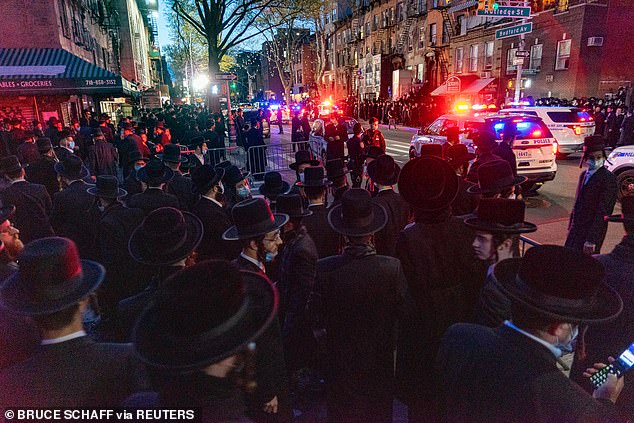 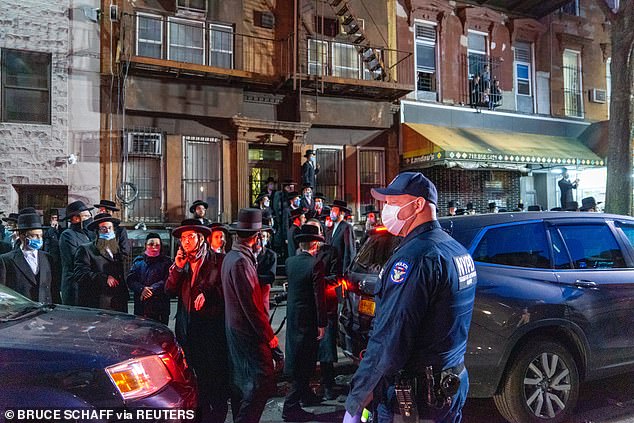 Earlier in April another Hasidic funeral fathering in Williamsburg was disrupted by police using sirens and loud speakers due to a lack of social distancing.

Ronald Lauder, heir to the Estée Lauder cosmetics company and president of the World Jewish Congress, said in a statement: ‘Last night, the Mayor painted the Jewish community as lawbreakers and unconcerned about the city’s public health.

‘This type of horrible stereotyping is dangerous and completely unacceptable at any time, but particularly while the world is gripped in fear and the worst among us are looking for scapegoats.’