Bill Gates says he believes there will be a coronavirus vaccine approved by the US Food and Drug Administration (FDA) by early 2021.

In an interview with Fortune, the Microsoft co-founder says there is a new level of collaboration among drugmakers that could see an immunization receive an emergency use authorization license in the next few months.

‘The likelihood is that at least two, three, or four [vaccines] will probably prove to be both safe and efficacious,’ he said.

However, anti-vaxx groups fear an inoculation will lead to mandatory jabs while other Americans are skeptical that the FDA is under political pressure to authorize a vaccine before the November 3 presidential election.

Gates says it will depend on how many people receive the shot, and continue to wear masks in the meantime, to determine how quickly the pandemic, which has killed almost 200,000 Americans, is finally over.

Because of the level of collaboration between drugmakers, Bill Gates says between two and four vaccine candidates might prove to be safe and effective, and approved by the FDA. Pictured: 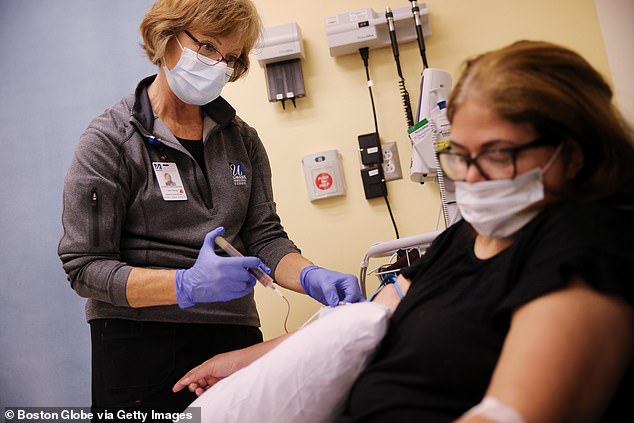 There are more than 170 coronavirus vaccine candidates in various stages of development around the globe, according to the World Health Organization.

At least nine are currently in large-scale trials in humans to prove the jabs are both safe and effective.

Gates says there are currently six that the Bill & Melinda Gates Foundation see as likely to report positive results in Phase III trials and apply for authorization by the FDA.

But the next hurdle will be scaling up production so that hundreds of millions of doses are ready for distribution.

‘We’ll be faced with the challenge of scaling up manufacturing to a completely unheard-of level,’ Gates said.

‘The form of cooperation that’s never been done before is having a company that did not invent the vaccine provide its factories so that they can scale up that manufacture.

‘Serum Institute of India, for example, has deals with AstraZeneca and Novavax. So we’re facilitating those pairings because the Indian manufacturers are much higher volume. They’ve got 5,000-liter tanks and huge built-in extra capacity.’

Once an inoculation – or multiple-  are approved, another challenge will be convincing millions to receive them.

Gates pointed to the crisis in Nigeria in 2003, in which a conspiracy theory spread that the polio vaccine was part of a secret plan to sterilize women.

He said many religious leaders worked to debunk the theory and ease people’s fears by giving the vaccine to their own children, which helped increase immunization rates.

‘The issue is just basic trust – how do people think about vaccines?’ he said,

‘Today, people’s attitudes towards masks and the vaccine, will, in a concrete way, help determine how quickly we bring this pandemic to an end.’ 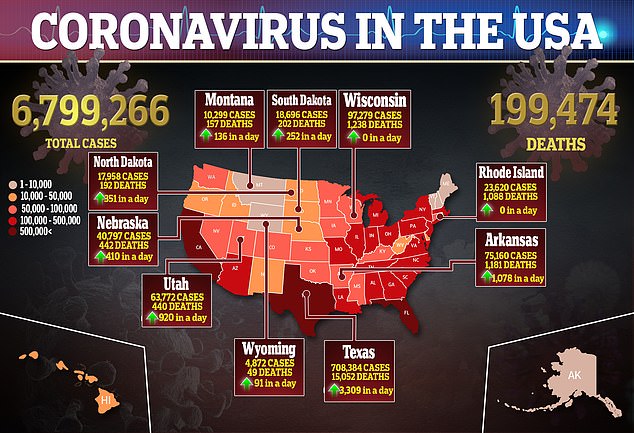 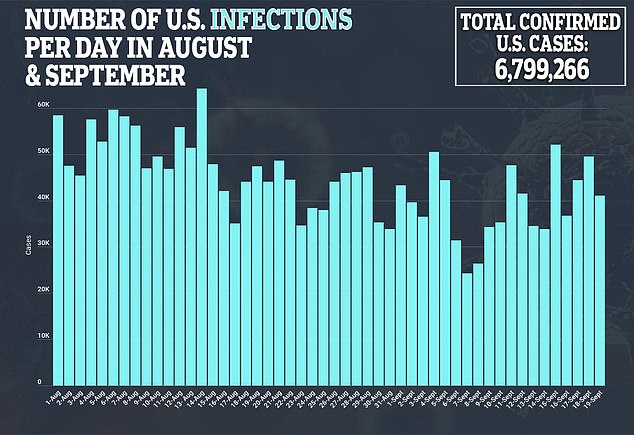 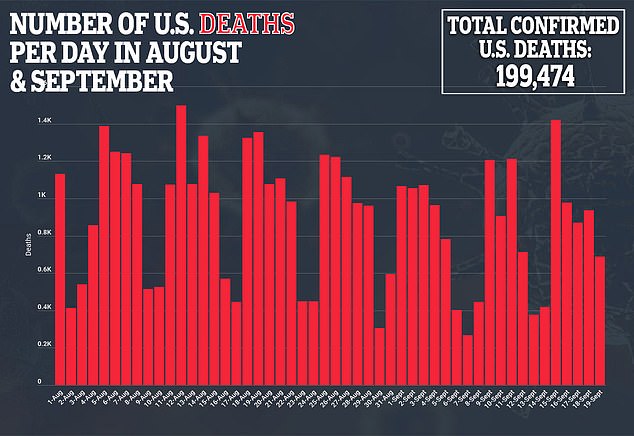 Gates said there is still much work to be done to eliminate global poverty. In the Foundation’s recent Goalkeepers Report, it found the pandemic caused routine vaccine rates to fall by 14 percentage points over the last year.

Additionally, nearly 37 million more people are in extreme poverty, a figure that had been decreasing annually over the last 20 years

‘So the call here is to say: “Hey, we’ve got to bring this pandemic to an end,”‘ Gates said.

‘And then we have to work to catch up and get back to where we were at the start of 2020 on things like vaccination and education, so that we can resume that positive trajectory.’