Bill Gates has revealed that his father suffers from Alzheimer’s disease.

The billionaire tech-mogul, 62, described how the diagnosis of his 92-year-old lawyer father, Bill Gates Sr, inspired him to fund research for a cure for the neurodegenertative disease.

In November, the Microsoft co-founder invested $100 million of his $94 billion fortune to innovative and unconventional research with the hopes that new drugs will be developed within the next 10 to 15 years.

Now he has disclosed that his Washington-born dad, who has had a hand in major business deals including Howard Schultz’s purchase of Starbucks, was his motivation for doing so.

This morning, Gates told TODAY that he is optimistic that with the right resources a cure and preventative drugs will be discovered to combat the disease that 5.5 million Americans suffer from.

Bill Gates, 62, (left) revealed in an interview that his father Bill Gates Sr, 92, (right) suffers from the neurodegenerative disease Alzheimer’s 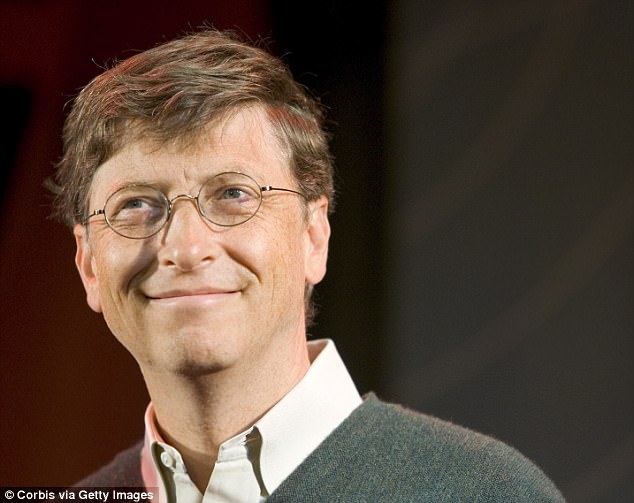 The billionaire Microsoft co-founder will invest $50 million in the Dementia Discovery Fund and $50 million in start-up ventures working in Alzheimer’s research, he said in November

In a sit-down interview with NBC’s Maria Shriver, whose father died of the disease, Gates said: ‘I have a father who’s affected deeply by it. Only by solving problems like this can we take these medical costs and the human tragedy and really get those under control.’

Gates added that his father’s diagnosis lead him to worry about his own brain staying ‘intact as long as possible’.

Of his $100 million donation, $50 million will go to the Dementia Discovery Fund, an organization that brings together industry and government to fund innovative dementia research.

The remaining $50 million will go toward a national patient registry to speed up recruitment for clinical trials and an international research database that will help scientists share data and collaborate with one another.

‘More and more people are getting Alzheimer’s, and it’s tragic,’ he said.

It is unclear how long his father, also a philanthropist, has had the disease.

Americans spent $259 billion in 2017 caring for loved ones with Alzheimer’s and other dementias.

Dementia, of which Alzheimer’s is the most common form, affects close to 50 million people worldwide and is expected to affect more than 131 million by 2050, according to Alzheimer’s Disease International.

Despite decades of scientific research, there is no treatment that can slow the progression of the disease.

Current drugs can do no more than ease some of the symptoms. 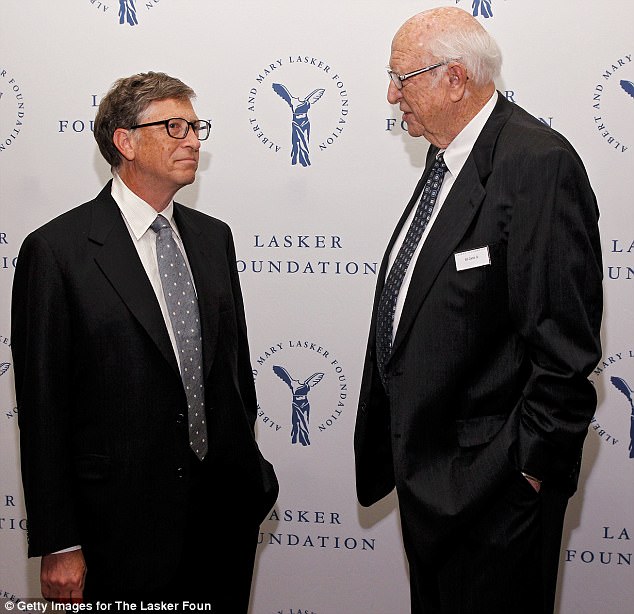 The father-son duo are pictured at The Lasker Awards on September 20, 2013 in New York City

The philanthropist, whose usual focus is on infectious diseases in poorer countries, eluded to his father’s diagnosis when he announced his donation in November.

‘I know how awful it is to watch people you love struggle as the disease robs them of their mental capacity… It feels a lot like you’re experiencing a gradual death of the person that you knew,’ he said in a blog post about the dementia investments.

He added: ‘Some of the men in my family have suffered from Alzheimer’s, but I wouldn’t say that’s the sole reason [for this investment].’

Through talking to experts in the field over the past year, Gates said he had identified five areas of need: understanding better how Alzheimer’s unfolds, detecting and diagnosing it earlier, pursuing multiple approaches to trying to halt the disease, making it easier for people to take part in clinical trials of potential new medicines and using data better.

‘My background at Microsoft and my foundation background say to me that a data-driven contribution might be an area where I can help add some value,’ he said.

This would make it easier for researchers to look for patterns and identify new pathways for treatment, Gates added.

Gates said: ‘I really believe that if we orchestrate the right resources, it’s solvable.’

Alzheimer’s disease is a progressive, degenerative disease of the brain.

A build-up of abnormal proteins causes nerve cells to die.

With ordinary age-related forgetfulness, you will still remember details associated with the thing they’ve forgotten.

For example, you may forget your neighbor’s name in conversation, but you still know that person is your neighbor.