The host of HBO’s Real Time made the bold statement on the Friday episode of his talk show, suggesting that men were going after other women because they’re not being ‘satisfied’ at home.

Social media response was rapid with users quick to scold Maher for shifting the blame to the wives of accused men.

Bill Maher suggested on the Friday episode of his show ‘Real Time’ (pictured, left, with Joy Behar) that married men sexually harass women because they have ‘s***y sex lives’ 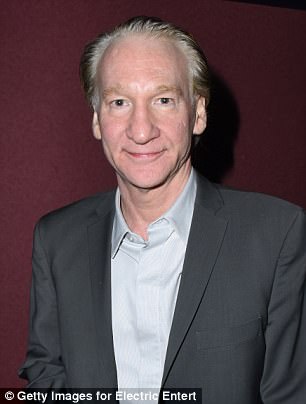 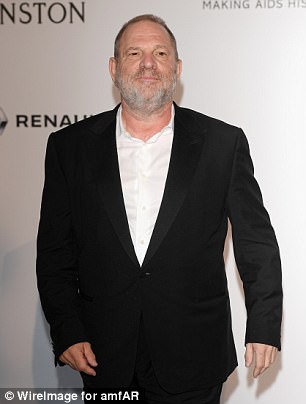 Maher (left) and Behar were discussing why so many of the men accused of harassment were married, such as media mogul Harvey Weinstein (right), when he made the comment. Behar replied: ‘Let’s leave the wives at out of it. The wives are home minding their own business.’

Maher was sitting down with comedian Joy Behar about her new book when they got on the subject of Bill O’Reilly and the recent news that he paid $32million to settle a sexual harassment claim in February.

From there, Maher pointed out that many of the recent powerful men of Hollywood accused of sexual abuse – among them Harvey Weinstein, Steven Seagal, and James Toback – always seem to be married.

When Behar wondered out loud why that might be the case, Maher suggested: ‘Because they have shitty sex lives.’

‘They’re bored at home? No, that’s got nothing to do with it,’ Behar replied. ‘Let’s leave the wives at out of it. The wives are home minding their own business while these jerks are jerking off.

Social media users lambasted Maher for placing the blame on a third party.

‘Harassment and sexual assault are not about sex, it’s about power. If getting off were the only reason, they have two hands and [money],’ wrote one user. 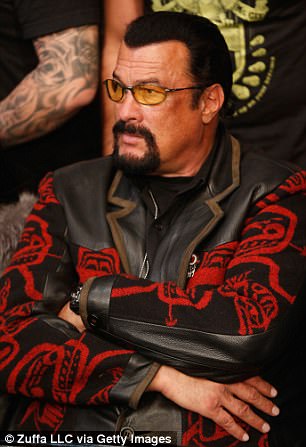 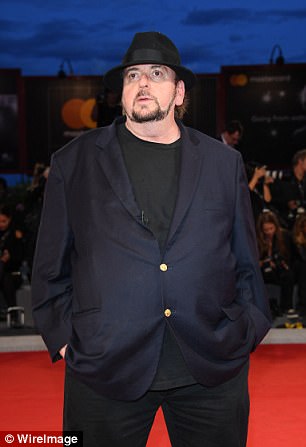 Last week, Maher was in hot water after claiming that President Trump’s call to a Gold Star widow was ‘worse’ than Harvey Weinstein’s growing list of women claiming sexual harassment and assault.

The political satirist addressed reports that Trump told the widow Sgt La David Johnson, who was killed in Niger, that her husband ‘knew what he signed up for’ during a condolence call.

‘On Monday, Trump called the pregnant widow of a dead American soldier to console her and ended up pouring salt in the wound and feuding with her all week,’ said Maher.

‘I mean, if you could take a week where it was revealed that Harvey Weinstein sexually assaulted every single female in show business and still be the worst fat, gross creep, that’s pretty good.’

As of Saturday morning, a total of 60 women have accused Weinstein of behavior ranging from requests for massages to intimidating sexual advances to rape.