Bill Maher says he was ‘angry’ NBC fired Megyn Kelly because her blackface comments ‘weren’t that awful’, insists she isn’t racist and says ‘cancel culture’ is to blame for her axing

HBO’s Bill Maher jumped to the defense of former Fox and NBC host Megyn Kelly during her Friday night appearance on his show, sharing that he was ‘angry’ after she was ‘s**tcanned’ by NBC for comments she made about black face.

Maher – who was canned by ABC over controversial statements he made about 9/11 – felt that Kelly’s apology sufficed after she defended the usage of blackface in Halloween costumes.

‘When that happened, I was angry for you, because this cancel culture…when they do polls, they find, like, 80-90 percent of the people in this country hate this shit. Even liberals hate this shit,’ Maher said during the brief segment.

‘This is one reason why Trump got elected, because people hate political correctness so much that they’ll even take it in the mouth of a werewolf when he’s not politically correct.’

Maher continues by even stating that Kelly’s blackface comments – which were heavily criticized – weren’t that ‘awful.’

‘I mean, you even apologized for something that I didn’t think was that awful,’ he continued.

‘It’s like, why couldn’t you just say, “OK, I was a little inartful at how I expressed that, my bad, let’s move on with our lives.” No. Instead it’s, you have to go away for all-time. Who are these perfect people who have never made any mistake?’

Kelly responded: ‘My own take is that the country is going through something right now. Marginalized groups are rising up and trying to find positions at the table, equal positions, and that is a good thing.’ 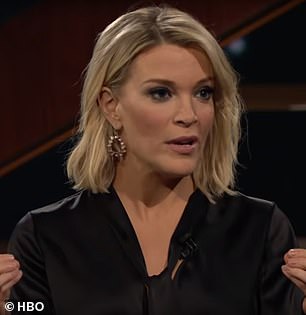 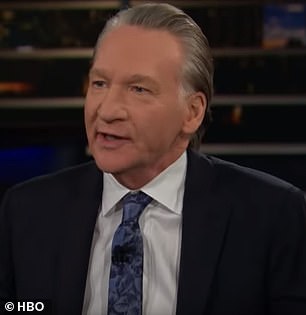 During Kelly’s Friday appearance on the show, the two also went back and forth about their perceived problems in the media

‘The difference is in approach, how do we do it? And I understand this fight because as a woman and as someone who has been in the position I’m in, I have also felt marginalized at times and like I don’t have an equal footing.

‘But the question is do we do it with grace and humanity and understanding that people make mistakes and that we are all imperfect and that we are going to screw up maybe more than once.’

Maher then decried ‘woke culture’ before declaring that Kelly was not ‘racist.’ 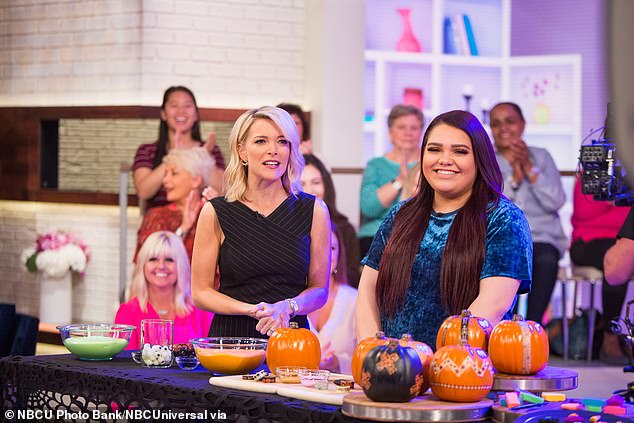 Kelly was ousted by NBC in October 2018 after she made comments defending blackface for Halloween costumes, claiming the racist practice was deemed acceptable when she was growing up

During Kelly’s Friday appearance on the show, the two also went back and forth about their perceived problems in the media.

Kelly – who once passionately argued that both Jesus and Santa were white – claimed that the media was ‘biased politically,’ with Fox News being  created as an antitheses to media that was ‘so biased to the left.’

‘You know what the media is biased toward? Money,’ Maher replied to some applause. ‘They’re biased toward money and conflict, because that’s what sells. I was watching the Virginia rally this week. There was a gun rally. It was peaceful. And you could see how disappointed the media was that the civil war didn’t break out.’

Kelly was ousted by NBC in October 2018 after she made comments defending blackface for Halloween costumes, claiming the racist practice was deemed acceptable when she was growing up.