Maher had hit out at the NFL two weeks ago after Alicia Keys performed Lift Every Voice and Sing – otherwise known as the black national anthem – at a Thursday night football game.

He warned that having separate anthems for different people was ‘segregation’ but ‘under a different name’.

His comments sparked a debate on ‘The View’, with Goldberg saying she was all for having more than one national anthem because of how minorities are currently being treated in the country.

‘I think because we have gone backwards a good 10-15 years, we’re having to re-educate people,’ she said.

But on Friday, ‘Real Time’ host Maher doubled down on his previous statements and slammed Goldberg for her claim that people need to be ‘reeducated’

‘Whoopi Goldberg said, quote, “We’re having to re-educate people”. Because nothing ever goes wrong when you start talking about re-education. Just ask Chairman Mao. Maybe we can set up some sort of camps,’ he joked.

The ‘Real Time’ host warned that having two different national anthems, based on race, was a slippery slope to ‘segregation’ but ‘under a different name,’ 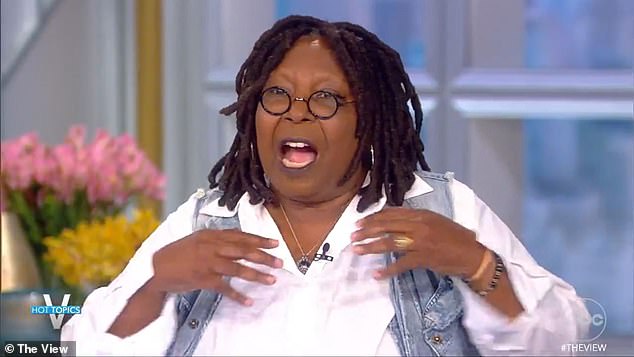 ‘I think because we have gone backwards a good 10-15 years, we’re having to re-educate people,’ Goldberg said about having more than one national anthem

Maher reasserted he isn’t opposed to a new national anthem but ‘We just shouldn’t have two… I am what you might call an old school liberal who was brought up with the crazy idea that segregating by race is bad. That’s what I was talking about.’

Maher asked if the country has two anthems for black and white Americans why stop there and pondered why there shouldn’t be an Anthem for women, gays and other races like Latinos and Asians.

‘Symbols of unity matter,’ Maher continued. ‘And purposefully fragmenting things by race reinforces a terrible message that we are two nations hopelessly drifting apart from each other. That’s not where we were even ten years ago and it’s not where we should be now,’ Maher said.

The host then played a clip of Barack Obama’s famous 2004 speech at the Democratic National Convention where he says ‘There is not a Black America or a White America … there is the United States of America,’ and said ‘where we should be now is here.’

Maher connected Goldberg’s line of thinking to reinforcing segregation and said that the country is past that mentality. 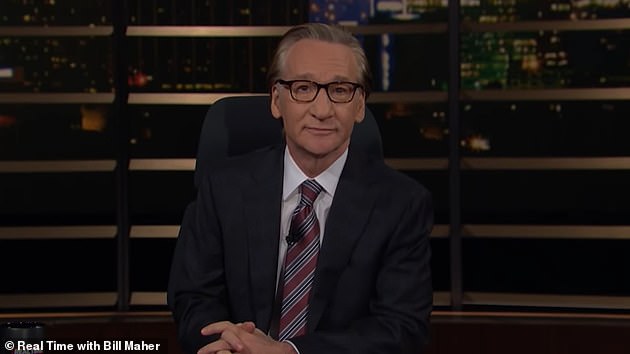 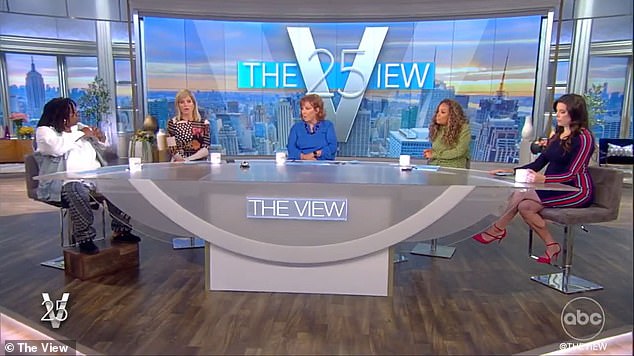 The hosts of ‘The View’ discussed Maher’s comments, including Whoopi Goldberg, who said she was all for having more than one national anthem

‘I’m not out of step. Believing in separate but equal. That’s out of step by 67 years,’ he told his audience. ‘It was 67 years ago, in 1954, when the Supreme Court handed down their landmark Brown v Board of Education ruling, which said, separate but equal isn’t what we do here. We decided we’re going to try to make this work together.’

Maher initially commented on the issue after Alicia Keys was joined by the historically black university Florida A&M’s Concert Choir for a performance of the black national anthem at a NFL game earlier this month.

Lift Every Voice and Sing was played before the national anthem at the first game of the regular 2021 season.

The song had already appeared in previous seasons, including Super Bowl LV when players from the Buccaneers and Kansas City Chiefs joined hands while Keys performed the song.

The league had previously said it will use the song before ‘tentpole games’ following the NFL’s $250 million, 10-year pledge to combat racism, The Hill reports.

The league is also advertising their social justice efforts on player’s helmet decals, signs and PSAs, according to the news outlet.