The former opposition leader spoke for the vast majority of Australians exhausted by the coronavirus pandemic’s endless bad news and no light in the tunnel.

Mr Shorten challenged Prime Minister Scott Morrison to be a ‘hope merchant’ and stop the constant doom and gloom, and provide a workable timeline.

He stressed that at some point restrictions had to end and Australia had to start living with the virus – and people had to be told when that would happen.

Melbourne is in its fifth lockdown that was extended on Monday, with residents only allowed outside for a few reasons including exercise

‘Twelve million of us are in lockdown. People are pessimistic and despondent but I think they are because we don’t know when this ends,’ he said on the Today show on Monday

‘We get that lockdowns work. But we’re not going to be locking down the rest of our lives whenever this variant turns up.

‘What we need most of all – even beyond quarantine facilities that work, even beyond vaccinations – is we need hope.

‘We can’t keep, you know, doing over the people on welfare and leaving this tomorrow starve.

‘We have to be told, when does this finish, what’s the finishing line? Otherwise we’re just hamsters on a hamster wheel that never ends.’ 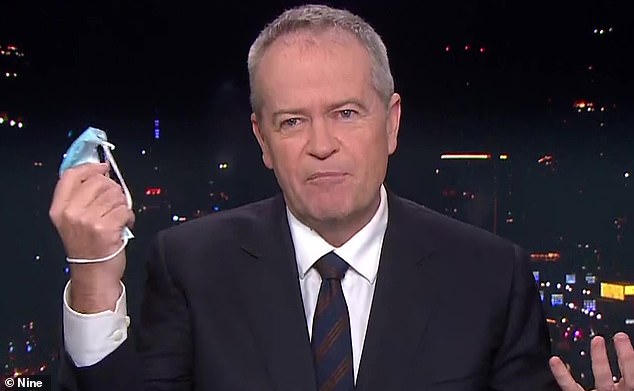 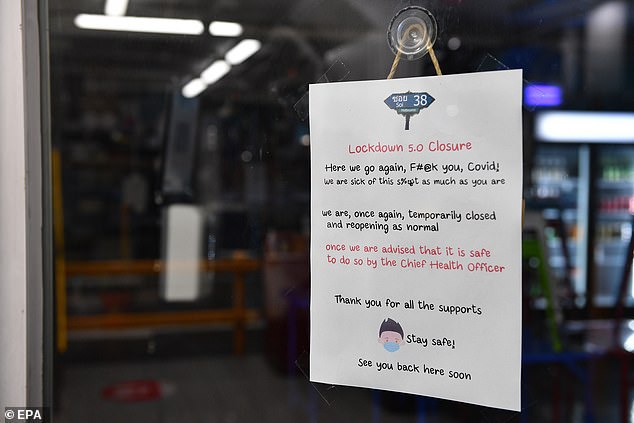 Today host Karl Stefanovic said every day in London was now ‘freedom day’ and vaccinated friends of his in New York were out and about like it was ‘the 4th of July’.

However, he poured cold water on any thoughts of optimism because of his lack of faith in Australia’s vaccine rollout.

‘I don’t think we’re going to get anywhere near the 80 or 90 percent vaccinated [needed to remove restrictions],’ he said.

Mr Shorten disagreed, stressing the vaccine needed to be pushed as the thing that would get the country out of its Covid hell.

The former Labor leader briefly commented on how Mr Morrison needed a ‘kick up the backside in the polls and NSW Premier Gladys Berejiklian was ‘trapped in her own rhetoric’ over lockdown – but all this was a sideshow. 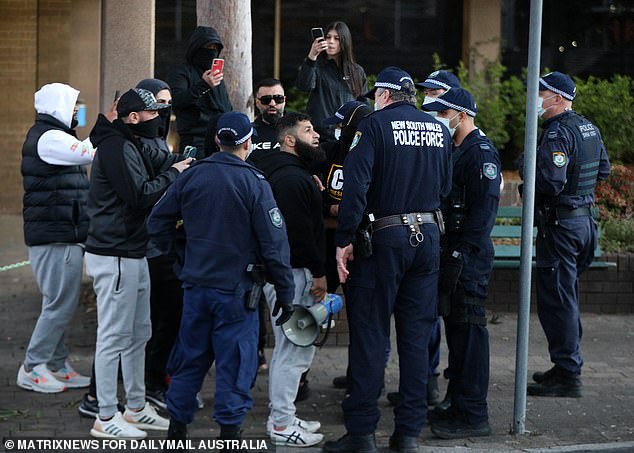 Tensions spilled over in Bankstown, in western Sydney, over the weekend as the area suffers through a stricter lockdown that the rest of the city 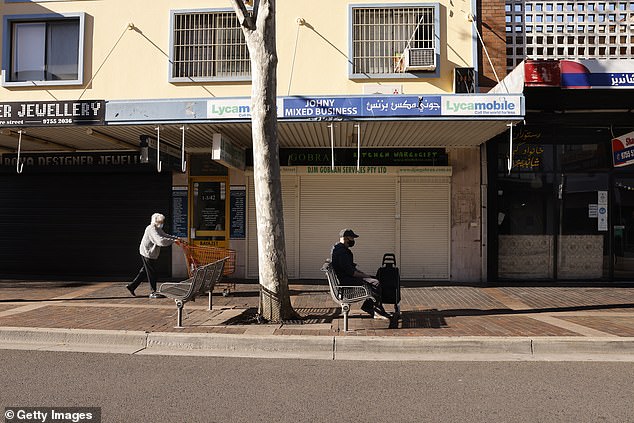 ‘Can we skip all the BS at the moment. What we need is hope. That the businesses don’t have to throw out the food because it perishes because of the sudden lockdown,’ he said.

‘What we need is uni kids from the country aren’t starving because they haven’t lost their casual job and their family can’t keep them at uni.

‘We need hope and the way we get hope is by leadership. That is also a little bit on all of us. Let’s take our kids to go and get vaccinated. Let’s make the appointments.’

Mr Stefanovic then teased Mr Shorten about whether it was ‘not too late’ for him, after Mr Morrison’s dive in popularity in the latest Newspoll.

‘I spew sometimes that the guy got the job and I would love to have had a crack at doing this but that didn’t happen,’ the Maribyrnong MP responded.

‘The universe doesn’t grant reruns but what I cannot understand for the life of me is… why he just didn’t every day concentrate on vaccines and quarantine facilities.’

He said Mr Morrison was not the ‘hope merchant’ Australia needed at the moment. 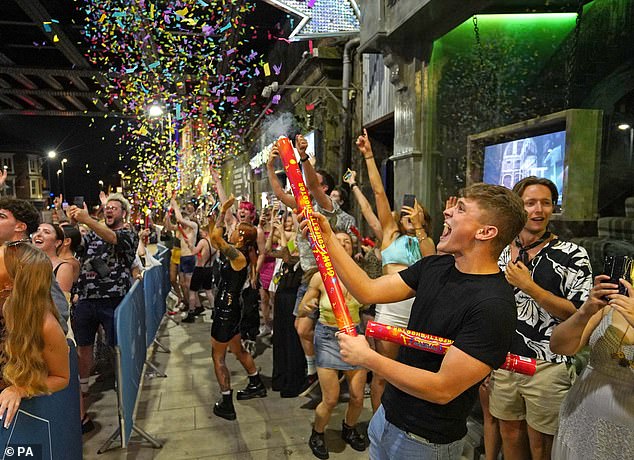 Meanwhile, people were queuing for the Viaduct Bar in Leeds, after the final legal coronavirus restrictions were lifted in England at midnight 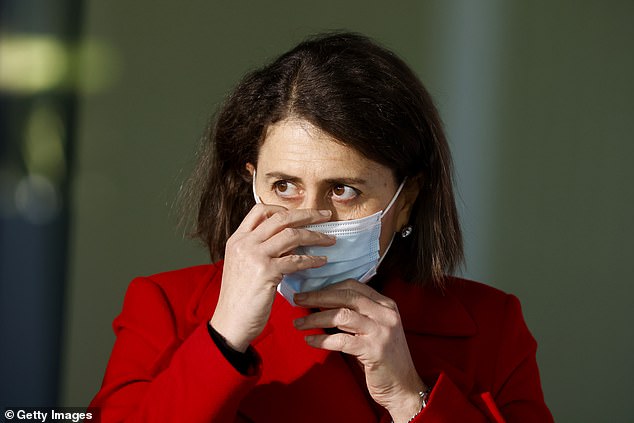 ‘People are starving for a better way. You tell Australia where the finishing tape is, every Australian will stand up and reach that finishing tape, but we need the leadership the sacrifice deserves and we have not had this yet.’

Mr Shorten also criticised Ms Berejiklian for mixed messages in given to different Sydney LGAs on the observance of Covid restrictions, including her failure to wear a face mask while on a coffee run in Sydney on the weekend.

‘I don’t understand why you’re getting two different messages in Sydney. Just clear up the confusion, Gladys,’ he said.

‘Nothing will kill morale more than the sense that in some suburbs you’re doing it hard, the businesses aren’t open, the perishable foods is being thrown away, yet in other suburbs they don’t seem to be affected at all.’