How to catch a scammer: Music fans hit back at fraudsters charging exorbitant prices for sold-out concert tickets

Scammers using fake Facebook profiles are preying on desperate music fans who missed out on tickets to concerts.

Fans were devastated when tickets sold out almost instantly after going on sale for rising Australian star Billie Eilish, 17.

The Facebook events for Sydney, Melbourne, Brisbane and Fremantle shows were littered with posts from suspected scammers looking to make a quick buck from fans.

One fed-up fan showed how scammers operate by revealing details of a Facebook conversation with a woman named ‘Rachael’. 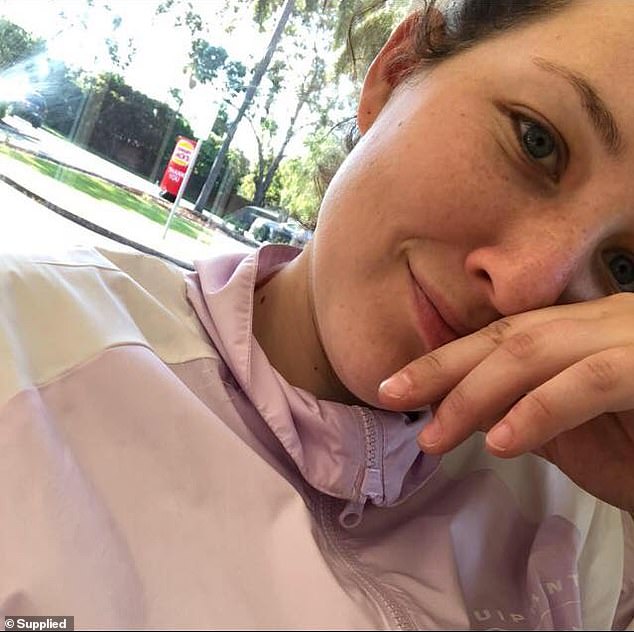 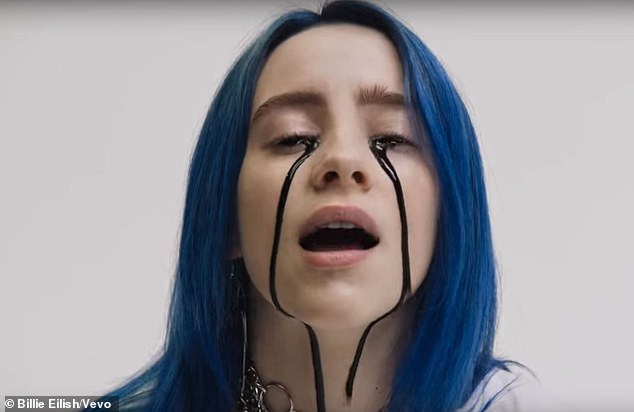 Facebook events for Billie Eilish’s (pictured) shows in Sydney, Melbourne, Brisbane and Fremantle shows are littered with posts from scammers looking to make a quick buck from fans

Student Ima Zanjani, 18, couldn’t get tickets and spoke to eight suspected scammers before giving up.

‘If it’s too good to be true, it probably is,’ Ms Zanjani said.

Ms Zanjani showed fellow fans ‘how to catch a scammer’ by posting screenshots of a conversation with a suspected scammer in the event page.

She said if someone insists on non-refundable payment methods, doesn’t reveal their name or doesn’t show a ticket receipt, it’s likely to be a scam.

‘Rachael’ sent Ms Wyatt screenshots to prove they had tickets and pressured her to quickly pay by cardless cash because they ‘need the money for rent that’s due tonight’.

Ms Cooper paid but ‘Rachael’ never sent the tickets and deactivated their account.

‘It’s disgusting how people go out of their own way to scam people,’ Ms Wyatt said.

She has reported the incident to police but they haven’t found the scammer since cardless cash payments are untraceable. 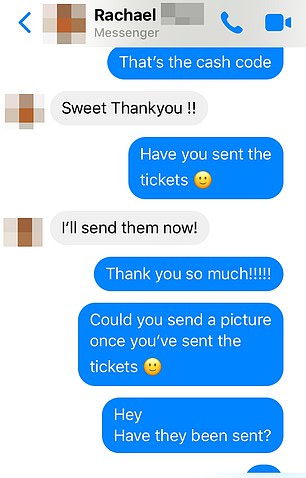 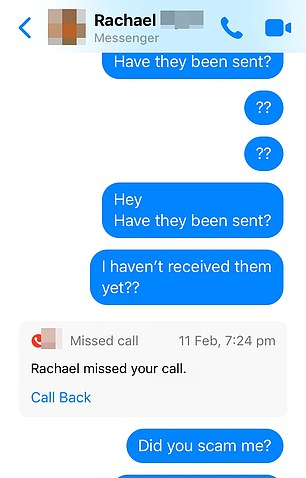 He is annoyed that nothing is being done by organisers to stop scammers.

‘The event page should manage the scammers. It should be regulated so no one is taken advantage of,’ he said.

He knows he could still be scammed be if the seller decides to use the ticket for  themselves but said it’s ‘a risk I was willing to take’. 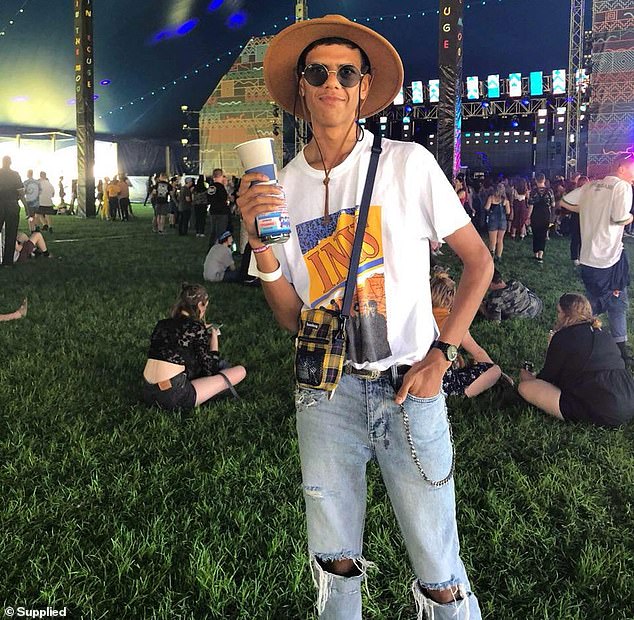