She’s been keeping a fairly low profile on social media after apologizing last month for mouthing a racial slur.

Yet Billie Eilish checked in with her fans on Monday night with a new closeup selfie clad in a low-cut black top.

The 19-year-old hitmaker gazed into the camera in the revealing shirt that she paired with a delicate diamante necklace.

Closeup: Billie Eilish, 19, shared a revealing new selfie of herself after keeping a low profile on social media following controversy over her mouthing a racial slur

The day before, Billie shared new images from the campaign for her upcoming album Happier Than You, which showed her in a dark set of double denim.

She leaned forward with her hands on her knees in one image, emphasizing her flared jeans and long nails, while another photo captured her looking elegant in profile.

‘Not just album promo i really do miss you little cuties and can’t WAIT to see you,’ she wrote to her 87.4 million followers. 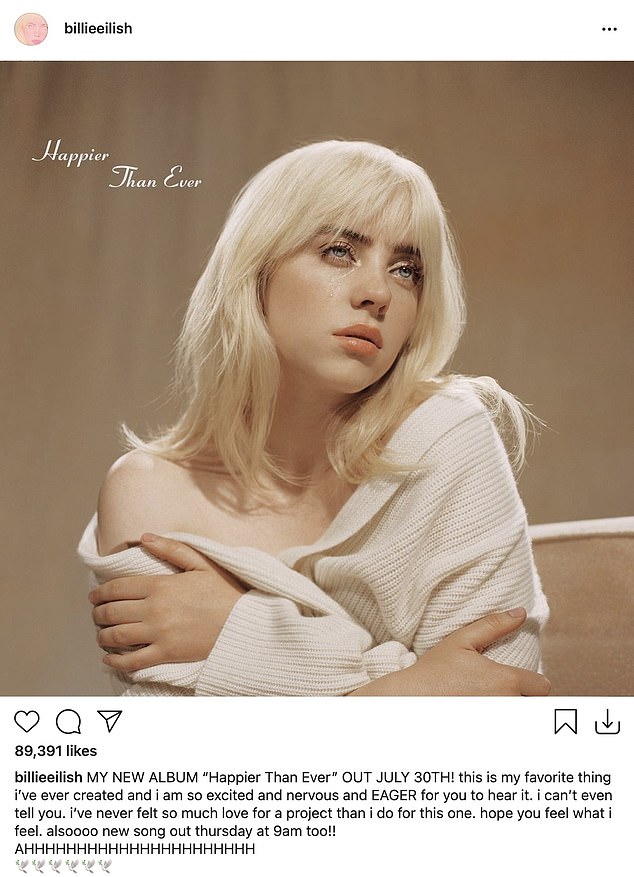 Coming soon: The day before, she shared some new images from the campaign for her upcoming album Happier Than You, which showed her in a dark set of double denim

The singer announced her sophomore album, which is set for a July 30 release, back in April.

‘This is my favorite thing i’ve ever created and i am so excited and nervous and EAGER for you to hear it. i can’t even tell you,’ she wrote excitedly at the time.

‘I’ve never felt so much love for a project than i do for this one. hope you feel what i feel.’

Last month, Billie said she was ’embarrassed and appalled’ after an old video of her when she was a younger teen emerged on TikTok that showed her mouthing a racist slur.

In her statement on Instagram, Billie said she was being ‘labeled some thing that [she’s] not’ in connection with the old clips. 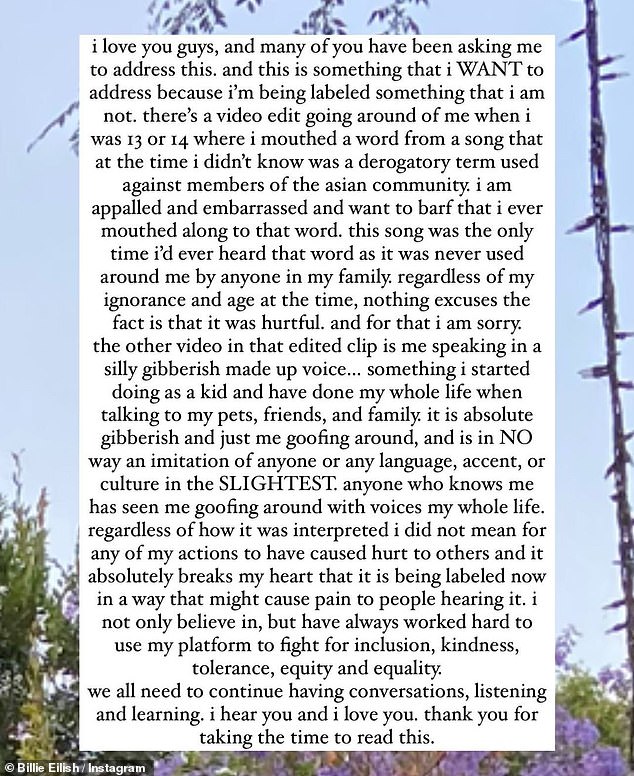 Apologizing: Last month, Billie said she was ’embarrassed and appalled’ after an old video of her when she was a younger teen emerged on TikTok that showed her mouthing a racist slur

‘There’s a video edit going around of me when I was 13 or 14 where I’m mouthed the word for the song that at the time I didn’t know it was a derogatory term used against members of the Asian community,’ she wrote on Instagram. ‘I am appalled and embarrassed I want to barf that I ever mouth belong to that word.

‘This song was the only time I’ve ever heard that word as it was never used around me by anyone and my family. Regardless of my ignorance and age at the time, nothing  excuses the fact that it was hurtful. And for that I am sorry.’

She also addressed a second clip that showed her appearing to mock an Asian accent.

The Bad Guy performer said, ‘The other video that edited clip is me speaking a silly gibberish made up voice … something I started doing as a kid and I’ve done my whole life when talking to my pets, friends and family. It’s absolutely gibberish and just me goofing around and it is NO way in imitation of anyone or any language, accent, or culture in the SLIGHTEST.’ 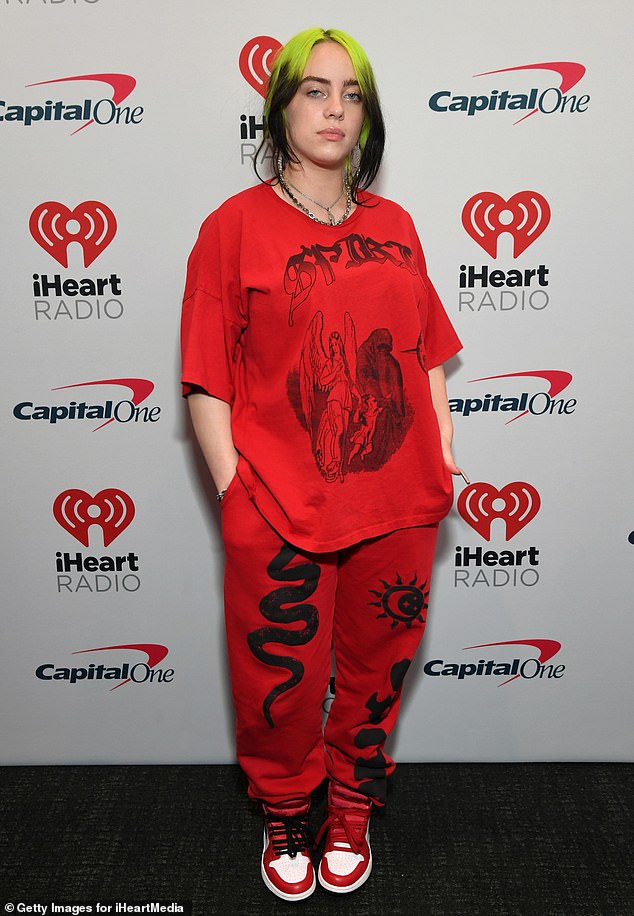 Sorry: ‘This song was the only time I’ve ever heard that word as it was never used around me by anyone and my family. Regardless of my ignorance and age at the time, nothing  excuses the fact that it was hurtful,’ she continued; seen in January 2021

Billie said that anyone who knows her is aware that ‘goofing around with [her] voice is [her] whole life.’

She added that the negative response ‘breaks [her] heart’ because she wouldn’t want people to be hurt by her, even if it was due to a misinterpretation.

‘Regardless of how it was interpreted I did not mean for any of my actions to have caused hurt to others and now it absolutely breaks my heart that it is being labeled now in a way that might cause pain to people hearing it,’ she said. ‘I not only believe in, but I’ve always worked hard to use my platform to fight for inclusion, kindness, tolerance, equity and equality.’

She concluded by writing, ‘We all need to continue having conversations listening and learning. I hear you and I love you, thank you for taking the time to read this.’

Some fans defended her, saying the video might be related to her Tourette syndrome, which she admitted having in 2018, though she said it only manifests in physical tics, not verbal noises. 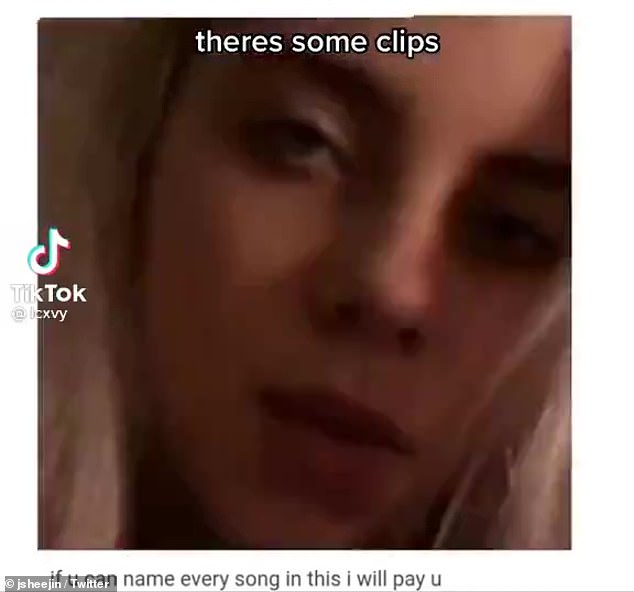 Shocking: A TikTok video compiled undated clips of the singer from when she was a young teen appearing to say the word ‘ch*nk’, an offensive slur referring to a person of Chinese descent 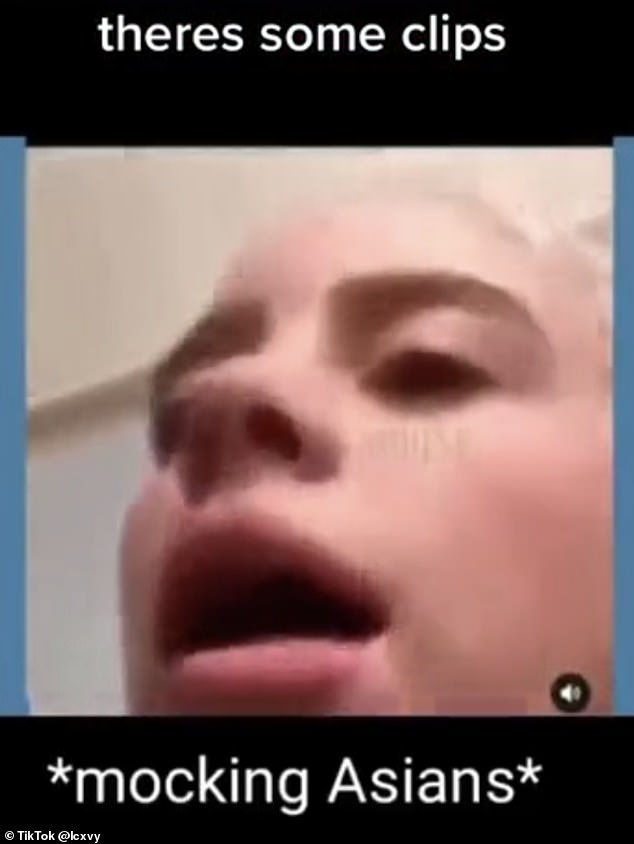 Uncomfortable scenes: A second clip shows Billie appearing to mock an Asian accent, though she said it was a made-up gibberish voice she’s used since she was a child