‘Billie Piper changed my life’: Singer Johnny Lloyd on the love that revived his career

‘Billie Piper changed my life’: Singer Johnny Lloyd on the love that revived his career

Johnny Lloyd is the man who has finally made the actress Billie Piper happy – after two failed marriages, first to Chris Evans and then to the actor Laurence Fox.

Singer Johnny Lloyd with his partner, actress Billie Piper, on the cover of his new album

Three years on, they are as inseparable as they were on that first unexpected evening at the Boogaloo bar in north London. Their daughter Tallulah (Lloyd’s first child, her third), was born in January this year. He is currently writing the music for her directorial movie debut, Rare Beasts, and she appears – pregnant in bed with him – on the cover of his latest album, Next Episode Starts In 15 Seconds.

In the press, Lloyd, 33, is invariably branded ‘Billie Piper’s rocker boyfriend’, and certainly her fame is in a different league from his. She’s gone from being a 15-year-old pop star to a respected actor worth £12 million, with an Olivier Award for the play Yerma and a current Bafta nomination for the BBC thriller Collateral.

Born in Newcastle, Lloyd moved to London at 19 to study English literature at Goldsmiths University but dropped out after three weeks and formed a band called Operahouse, who in 2010 became indie-rock group Tribes. Their first album was a hit and they were picked by The Rolling Stones to play support at their Hyde Park gig in 2013. But they became so successful so quickly they ultimately imploded, leaving Lloyd a financial mess and personally almost ruined. 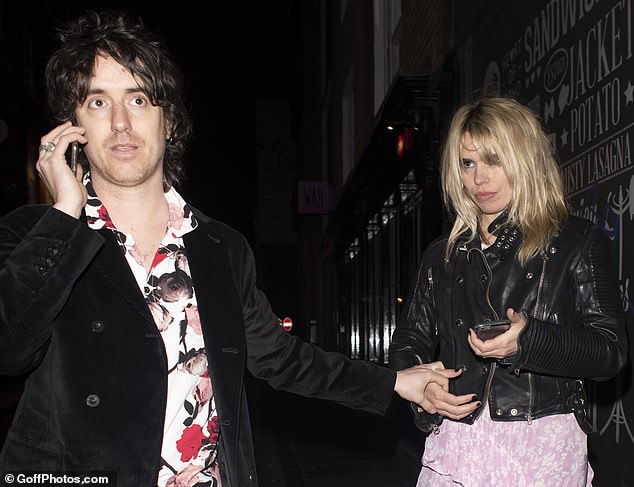 Piper and Lloyd in Soho recently. The tracks on Lloyd’s new album are melodic, introspective and folky – a world away from the indie rock sound of Tribes

‘We’d gone from these four guys who would be delighted to get a few free cans of beer at a venue in Camden to flying to Mexico for gigs and spending days in the studio running up a bill so embarrassingly high I still can’t admit what it cost.’

When their second album didn’t do as well as the first the band were dropped by their label and Lloyd broke up the group. ‘It just seemed like all the dreams were over,’ he says.

He moved to Los Angeles and began writing soundtracks for Netflix and TV shows – in two years he had his music on 150 shows. ‘It was a nine-to-five job, nothing like being in a band and in many ways soul-destroying, but it made me realise I didn’t need weeks to agonise over each song.’

The tracks on his new album are melodic, introspective and folky – a world away from the indie rock sound of Tribes. Standout songs such as I Need Help and I’ll Be Me talk largely about the importance of living in the present. And it is Piper, he says, who has helped him get there at the end of a sometimes bumpy journey. 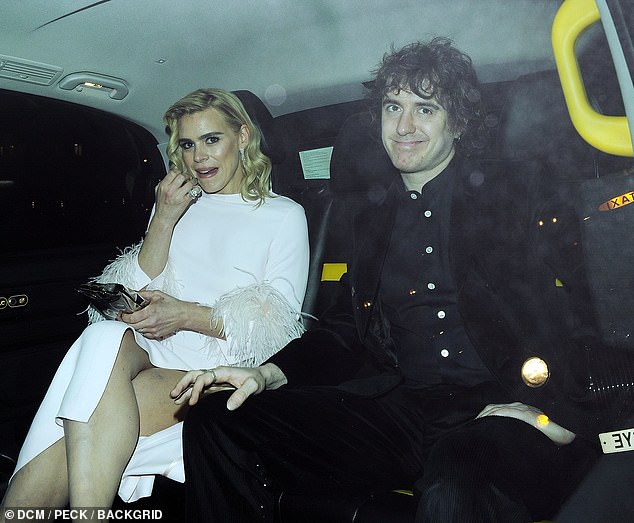 ‘She’s made my life better in so many ways and I just feel I now know who I am, I know what I can do, I know where I want to be. And that’s with her’

When they met the attraction was instant and mutual. ‘She challenged me. She kept asking me questions like, What’s your five-year plan? Where are you headed musically? And telling me I had to be accountable for everything I did. I felt my head had been stuck in this way of just thinking next job, next tour and I wanted to keep talking to her. Luckily she felt the same way about me.

‘She’s made my life better in so many ways and I just feel I now know who I am, I know what I can do, I know where I want to be. And that’s with her.’

Johnny Lloyd’s new album, ‘Next Episode In 15 Seconds’ is out Friday and is available for pre-order now