Crowe had auctioned his ‘slightly worn’ cap on twitter to raise money for heroic firefighters who had been battling the devastating bushfires in New South Wales.

The Gladiator star, 55, offered to double or triple the winning bid before it was bought by Cannon-Brookes, co-founder of collaboration software firm Atlassian. 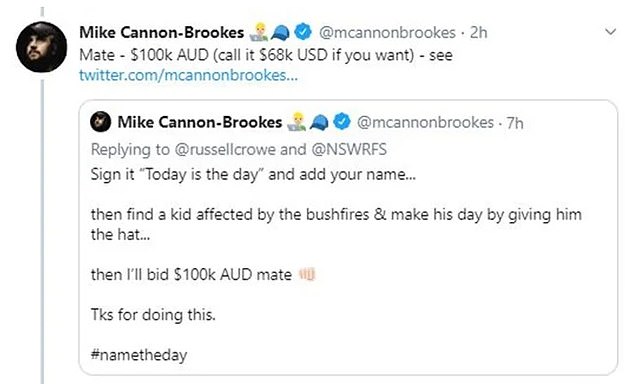 Cannon-Brookes tweeted: ‘Sign it “Today is the day” and add your name… then find a kid affected by the bushfires and make his day by giving him the hat… then I’ll bid $100K AUD mate.’

Crowe questioned the legitimacy of the offer and asked Cannon-Brookes to private message him if the offer were serious.

He did so and the bid was accepted, making Cannon-Brookes the winner.

Crowe then confirmed the $200,000 donation, and said the cash would be distributed to 20 different NSW Rural Fire Service brigades. 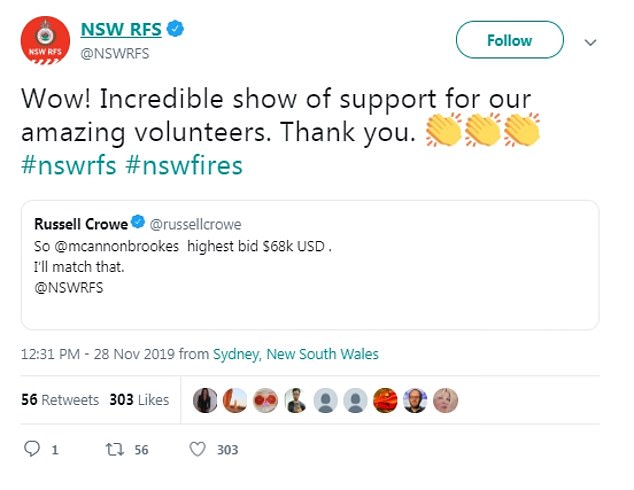 Crowe’s generosity comes after intense blazes tore through Australia’s east coast and destroyed over 600 homes. Over 150 fires continue to burn in NSW.

His 400-hectare estate in Nana Glen mid-north coast of NSW was ravaged by a blaze. The Australian actor returned home this week to check on the property.

He shared a string of videos showing him working on removing fallen trees from his land.

One video shows spot fires continuing to burn on the property.

‘When we first came across this it was smoking but not burning,’ he wrote on Twitter.

‘As we were cutting other things back around it, the flames just popped up again.’

He captioned a later video: ‘Definitely a chainsaw job this one.’

Crowe took to Twitter again on early Wednesday morning to give an update on his progress.

‘A strange night. They said rain was coming, but by the time it got here the wind was so furious, what little rain was falling, was whipping past us horizontally,’ he tweeted. 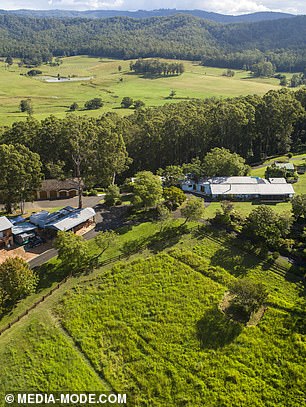 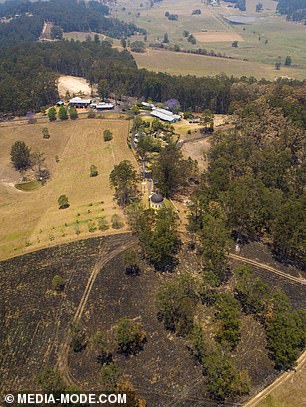 He has been inundated with public support in recent days while sharing his videos of his property.

‘These images and films are incredible and sad and powerful all in one. Love to all of you on the farm,’ one fan commented.

The videos were shared a day after Crowe posted heartbreaking footage of the damage.

‘Look at this place, absolutely f*****g smashed,’he says to the camera.

Two weeks after the bushfires stopped burning, the NSW Rural Fire Service kept roads in and out of Nana Glen blocked due to the risk of trees falling down and ongoing spot fires.

Crowe was overseas when he found out on November 13 that his property was under threat.