A Wall Street investor invited guests to vandalize his $52million Upper East Side apartment at a masked ball after party.

The Save Venice masquerade ball is one of the biggest social events of the season – attracting a glittering array of celebrities such as Alicia Silverstone, Sienna Miller and Sofía Sanchez de Betak, and royals including Princesses Maria-Olympia and Marie-Chantal of Greece and Saudi royal Deena Aljuhani Abdulaziz.

While most guests migrated to high end eatery The Pool after the elegant ball at The Pierre, a select few decided to have their own fun, Page Six reports.

Billionaire and Wall Street investor Chase Coleman III led a small group of celebs, which included Paris Hilton and model and Keith Richards’ daughter Theodora Richards, as well as art insiders and collectors back to his apartment at an East 66th Street co-op near Central Park.

Wall Street investor Chase Coleman III invited guests to vandalize his $52million Upper East Side apartment at a masked ball after party. Pictured: Theodora Richards and a friend pose in front of a spray painted message 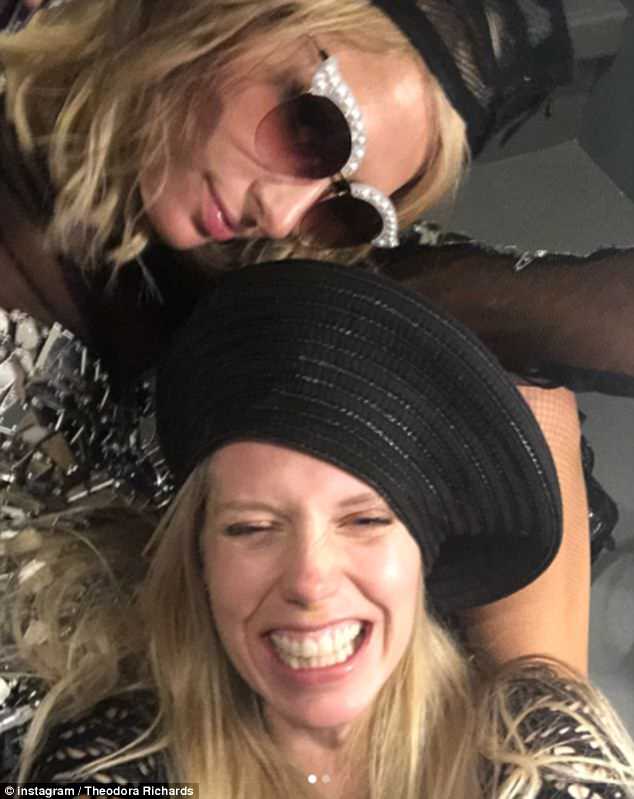 Paris Hilton, pictured with Theodora at the party, was among the celebrity guests invited back to the elite after party were guests were invited to vandalize the walls

There they were invited to used spray paint to vandalize the $52 million apartment’s walls, and party away until dawn.

‘A select group migrated to this vacant apartment,’ a source told Page Six. ‘All the lights were off, and people were spray-painting the apartment and playing beer pong all night.’

Partygoers scrawled messages across the plastered walls, such as ‘F**k u’ and ‘Talents include $100 million in property damage.’ 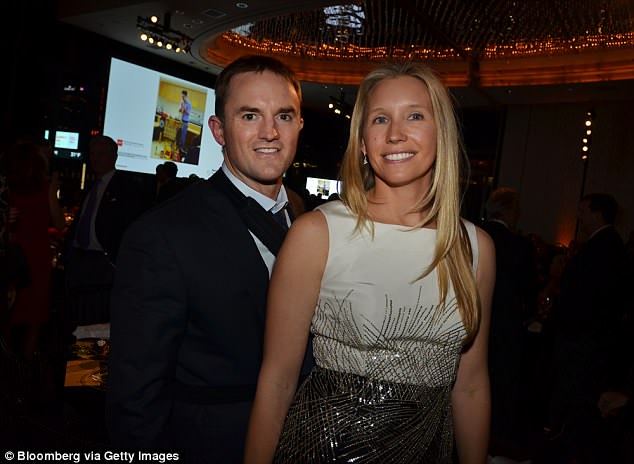 It’s unlikely that Coleman, a descendant of Peter Stuyvestant, would have been too concerned about the damage.

The investor, who bought the 15-room apartment with his wife, Stephanie, in 2016 for $52 million, is planning to combine the property with two units they own above.

Demolition starts next week and celeb favorite architect Peter Marino is set to led the work.

The apartment was previously owned by Gracie Capital’s Daniel Nir and his wife, Jill Braufman, and featured a private elevator landing and two wood-burning fireplaces.

Coleman is ranked #722 on the Forbes 2016 list of the world’s billionaires with a net worth of US$2.4 billion. The Business Insider describes him as born into ‘old money’ and having made a lot of ‘new money’. 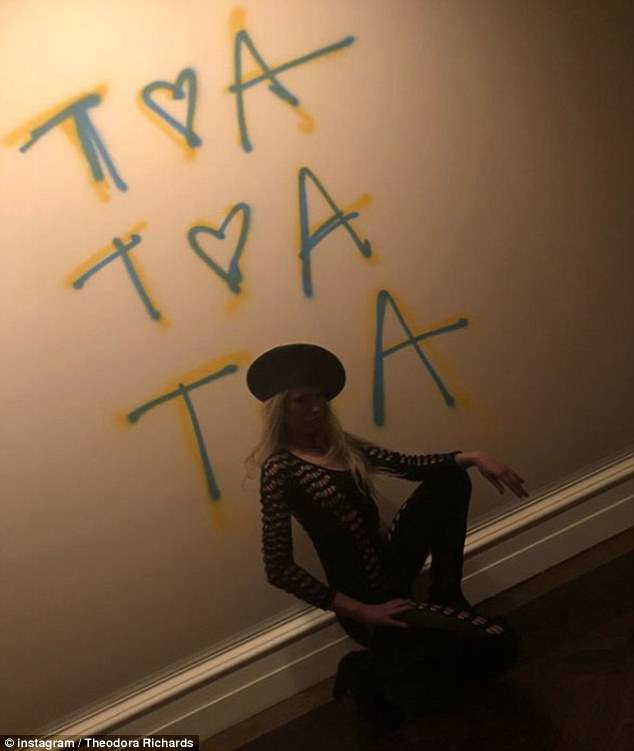 In another Richards, the daughter of Rolling Stones guitarist Keith Richards, poses solo in front of another piece of spray painted ‘art’ at the after party 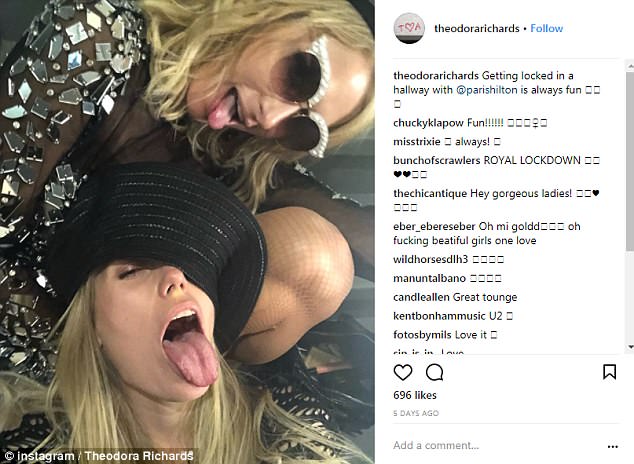 In another shot, Theodora and Paris appear to be having fun despite, according to her own caption, getting locked in a hallway at the event

The 42-year-old is the founder and CEO of Tiger Global Management and an early investor in Facebook. His firm also just led a $17 million investment round in a cannabis startup, Green Bits.

He is also a major Republican Party donor, donating $30,800 to the National Republican Senatorial Committee in 2012 and US $5,000 to Mitt Romney’s presidential campaign.[

He has also donated to Democrats including $10,000 to New York Governor Andrew Cuomo, $4,950 to Manhattan Borough President Scott Stringer, and $2,700 to New York Senator Charles Schumer.

She was famously featured in Born Rich, a 2003 documentary about growing up in the world’s richest families.