Billionaire Mark Cuban has said that he believes income inequality contributes to mass shootings, and that reducing inequality could reduce shootings.

Cuban’s remarks came in a recent interview with Yahoo Finance Editor-in Chief Andy Serwer, in which the Dallas Mavericks owner refused to completely rule out a presidential run in 2020.

Shark Tank star Cuban, who has an estimated net worth of $4.1billion, explained that he believed mass shootings are often caused by economic frustration.

‘There is a book I read in high school that I ended up buying a copy of, it’s called Why Men Rebel,’ Cuban said.

‘And basically what he said was when your expectations for your life going forward are increasing but the reality is diverging from that — and so what you thought would happen with your life and where you are gets further and further apart, then people do things that they otherwise wouldn’t do, whether it’s a mass shooting, whether it’s — who knows what, cheating or whatever it may be,’ he continued.

He added: ‘I think taking care of income inequality and lifting people up from the bottom and creating more opportunities and giving them tax advantages… Whatever it may be, then I think you’ll see fewer of those events.’

A report last year from the Secret Service National Threat Assessment Center found that more than half of public mass attackers in 2017 displayed indicators of financial stress within the prior five years. 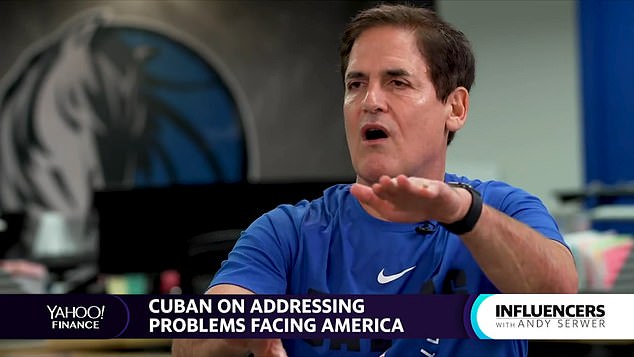 ‘You know, other people say it’s a mental health issue,’ Cuban said. ‘I don’t think we’ve had all those same type of issues for hundreds of years in this country. I think it’s more about when people really get disappointed and they have nothing to lose, they’ll do things that people with nothing to lose will do.’

Asked about what role gun laws play in mass shootings, Cuban said he would ‘do guns completely differently.’

‘What I would do is change the Second Amendment so it said, one, every citizen has the right to own a gun — period, end of story, written in the amendment,’ Cuban said. ‘Two, the federal government will never be allowed to ever confiscate that gun from an individual — period, end of story. Three, states have the right to manage the purchase, ownership, and management of guns owned and held within their borders.’

‘We’re trying to take a Second Amendment that’s been analyzed up and down and backwards and forwards, and it’s created its own set of problems. Let’s update it.’

Cuban, a notorious foe of President Donald Trump, refused to rule out a presidential run in 2020, but tried to downplay the possibility. 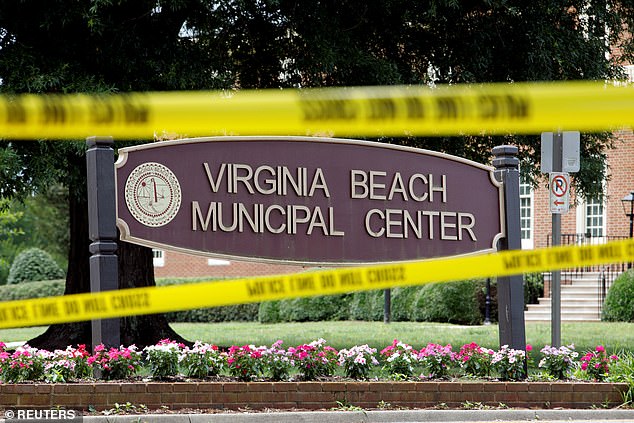 Police tape frames a sign on June 1 at one of the entrances to the municipal government complex where a shooting incident occurred in Virginia Beach, Virginia

‘I don’t even want to get into it,’ he said. ‘I did one quick interview, and then all of a sudden it blew up. I don’t want to feed the beast. … There is a certain set of circumstances that would push me to do it, but we’re not there yet.’

Cuban said that he felt former Vice President Joe Biden has a good chance to beat Trump next November.

‘If the election were held today, I think Trump would win. I don’t think that there’s somebody that has the momentum or just the value of the incumbency that Trump has,’ he said.

But, he added, ‘at the same time, between now and then, I think Joe Biden has got a good chance. And we’ll see what happens with any of the other of the field of 97 to see if anybody emerges or if anybody new comes in. I think Biden is capable of beating him, but we’re not there yet.’