The purchase of the $15.25million, 120-hectare Think Big Stud is the latest acquisition in a massive $70million buy-up of property and land in the Southern Highlands, 120km south of Sydney.

He’s planning to transform the properties he buys into a green paradise using ‘regenerative agriculture’ – with part of his plan to encourage Australians to eat crickets and other insects.

The 41-year-old, who is worth $20billion, has already pledged $1.5billion to climate initiatives.

‘[I] have heavy investments in controlled environment agriculture because it turns electricity into farming,’ he tweeted.

Billionaire Atlassian boss Mike Cannon-Brookes, pictured here with wife Annie, has bought out a Melbourne Cup-winning racehorse stud as part of his personal mission to save the planet 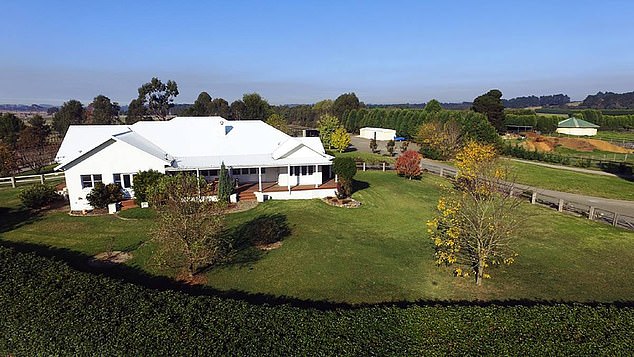 The tech boss’s latest buy is the $15.25million, 120 hectare Think Big Stud (pictured above and bleow) which was home to the 2008 Melbourne Cup and Caulfield Cup winner Viewed 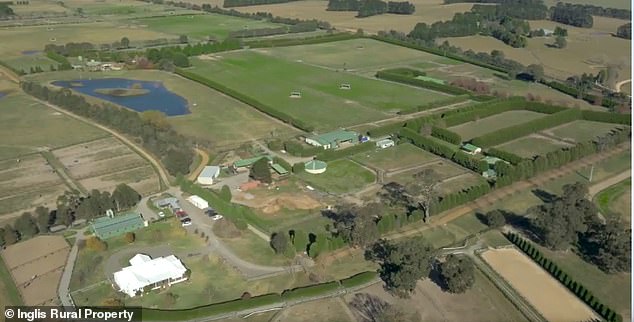 He has also warned the world needs to change its eating habits by adding insects to its daily diet if the planet is to feed a global population of eight billion.

‘Insects are a huge part of a sustainable future,’ he said.

‘Always looking for interesting opportunities in that space!’

The tech boss’s latest buy, the Think Big Stud, was home to the 2008 Melbourne Cup and Caulfield Cup winner Viewed, as well as other Group One champions. 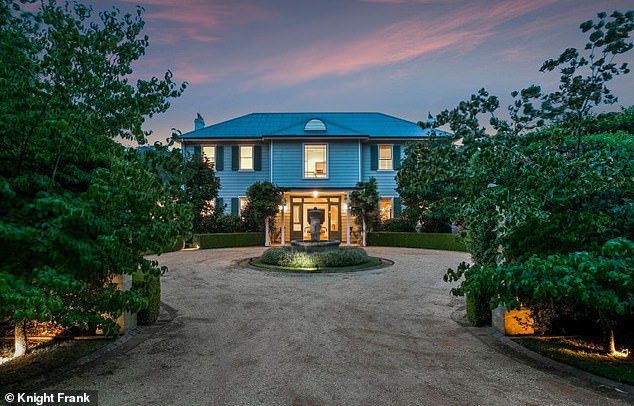 It’s the latest acquisition in a massive $70million buy-up of property and land in the Southern Highlands, 120km south of Sydney, including RosehIll Farm, seen here above and below 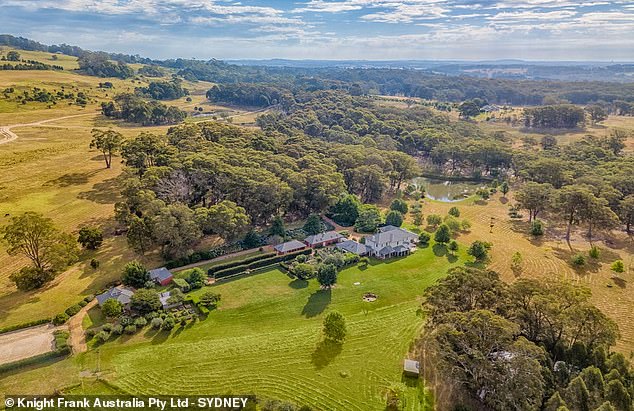 CRUNCHING THE DATA ON EATING CRICKETS

It is far less intensive to farm

It requires much less water than wheat

Crickets are killed by exposing them to low temperatures and putting them into stasis. They are then freeze-dried

You can also pan fry them for a tasty crunchy snack

They are said to be a highly nutritious and cheap source of protein, fat, minerals, vitamins and fibre

The Southern Highlands property in Burradoo, near Moss Vale, was owned by Malaysian billionaire Dato Tan Chin Nam until his death in 2018, and is just the latest in a series of local acquisitions for the former Cranbrook schoolboy.

He has been snapping up a series of estates and properties in the area including the 258-hectare, 15-bedroom Wattle Ridge farm for $13million.

Mr Cannon-Brookes also has another 15-bedroom mansion, Cooliatta, also at Burradoo, for which he paid $3.9million, as well as Rosehill Farm, worth $5.9million, and two other farms including Widgee Waa which cost him $14.5million.

He now has at least seven properties or estates in the area – and is tipped to buy more.

The controversial Hume Coal mine planned for the Moss Vale area was finally blocked by the NSW Independent Planning Commission last month.

Now the massive South Korean-owned 1300 hectare estate has also been linked to the green billionaire as his next possible acquisition.

Mr Cannon-Brookes is number three  on the AFR’s Rich List after founding the multinational company behind project management tools like Trello and Jira.

He has repeatedly slammed the Australian government for their approach to climate change – and blasted Prime Minister Scott Morrison’s plan that he took to COP26. 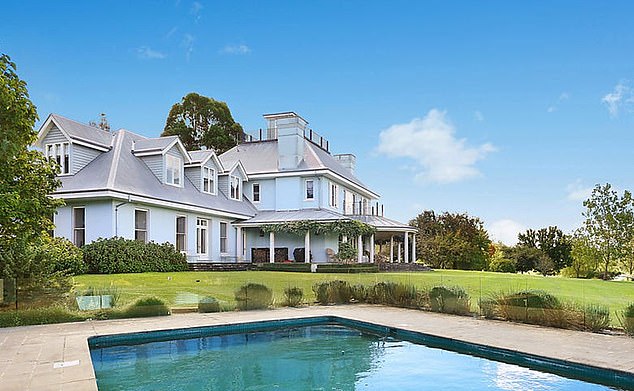 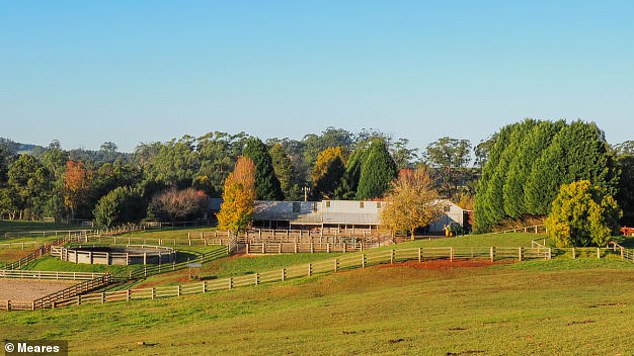 ‘I read all 129 pages of the pamphlet’ he tweeted. ‘It’s not worth the paper I didn’t print it on.

‘This is just ridiculously embarrassing.’

He and his wife Annie have vowed to transform their farmland into green-sensitive pastures.

‘Regenerative agriculture’ aims to tackle a holistic approach to farming by careful soil and water management and rethinking the approach to fertilisers.

It aims to ‘improve the resources it uses, rather than destroying or depleting them,’ say proponents, by rotating crops, diversifying and allowing paddocks to lie empty.

The tech boss also brings the latest technology to his farms too. 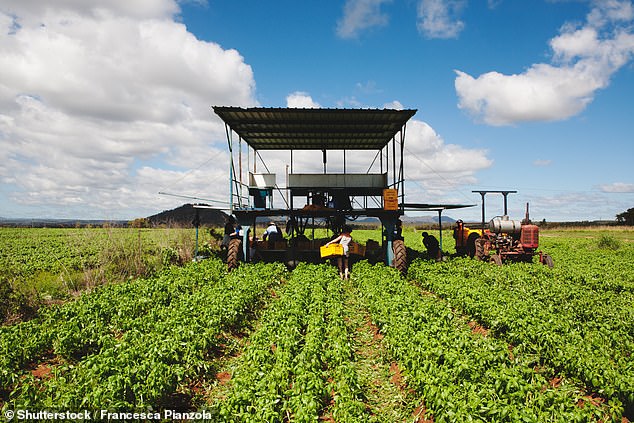 ‘[I do] everything I can,’ he told the Sydney Morning Herald last month.

‘I drive an electric vehicle. I live on a farm that runs almost entirely on sunlight, electricity. I have electric farm vehicles up the wazoo.’

And he believes Australia could be the ‘Saudi Arabia of renewable electricity’ if the political will was there.

He added: ‘We could power the entire world five times over from the Australian sun that we have.

‘It’s a good measure of how large our country is, and how much great sun we have. We have a country almost designed to benefit most from the renewable boom.

‘And we have 3 billion consumers nearby who can take our sunlight when we ship it up to Asia. We absolutely can be a renewable energy superpower.’