An exclusive medical unit in Saint-Tropez has sparked anger after it emerged billionaire residents have access to coronavirus testing while locals do not.

A gated compound at Les Parcs de Saint-Tropez where some of the world’s richest people have homes has its very own private testing site.

Locals in the French Riviera resort have reportedly demanded to also have access to a test for the disease at the completely private screening operation.

The medical unit in the director’s office of the 270-acre site can process samples from billionaire residents and their friends, according to the French newspaper Var-Matin.

It is staffed by a doctor and lab technician in order to take samples to send for testing.

Villa Copab can bee sen in this aerial picture of Les Parcs de Saint-Tropez. The exclusive park has a private beach and guarded gate 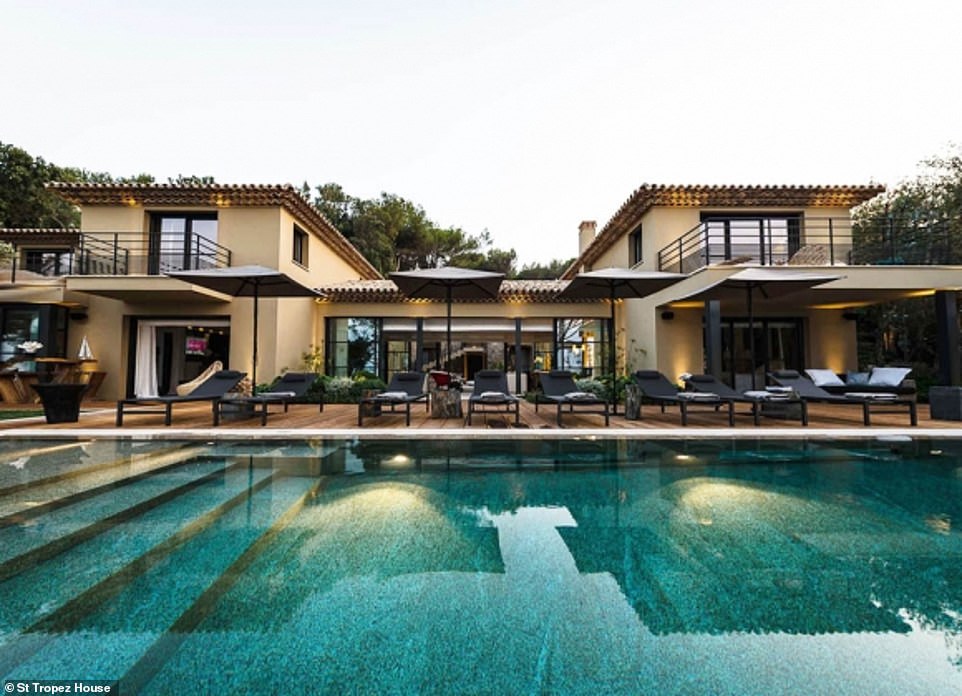 Villa Parc Nagoya at Les Parcs de Saint-Tropez. The private gated compound in the French Riviera has its own medical unit that has access to corona virus tests 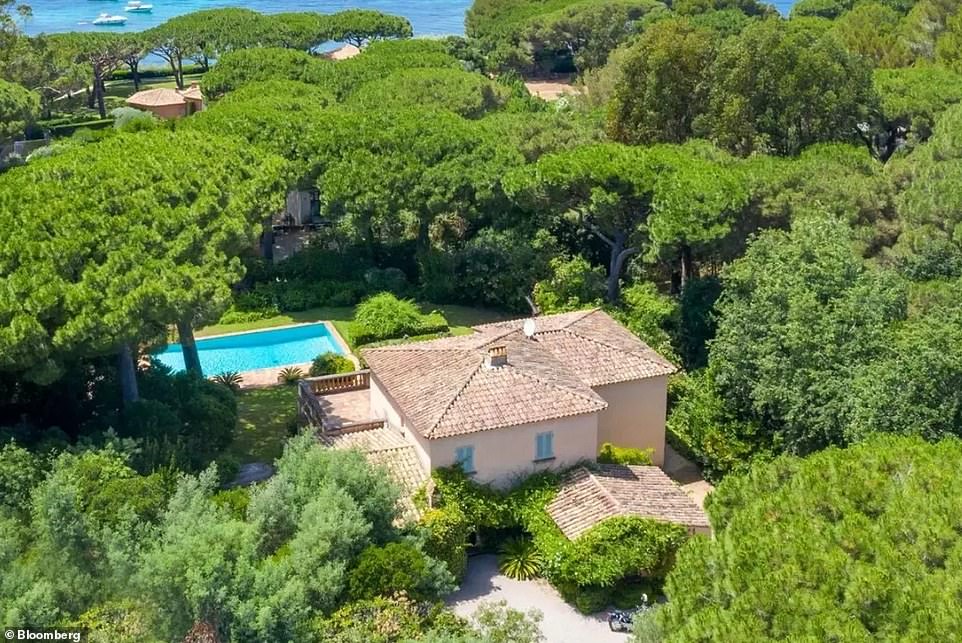 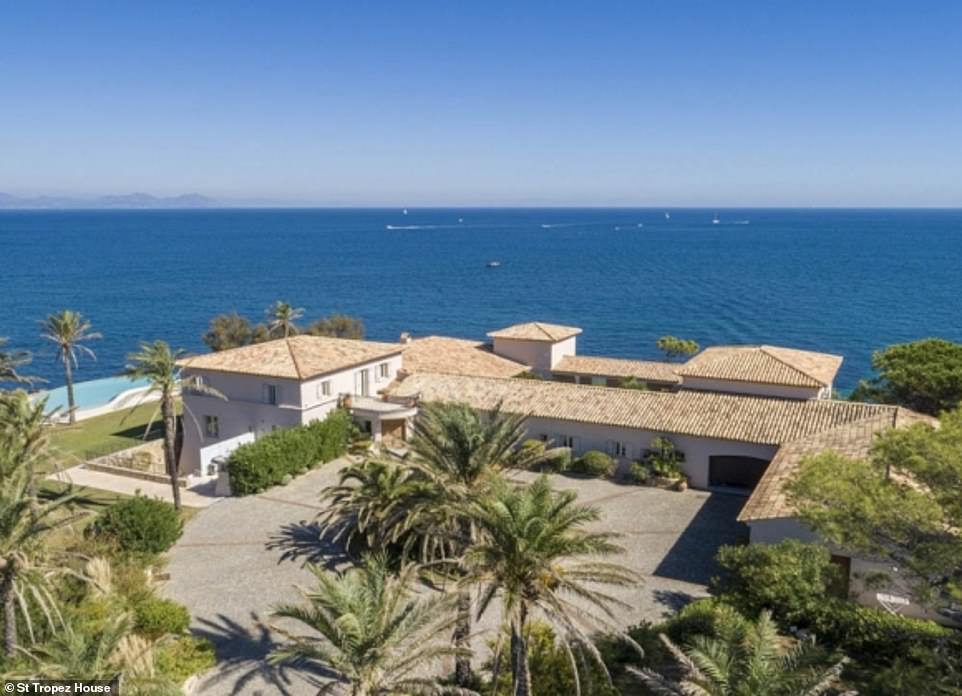 Villa Comos in Les Parcs de Saint-Tropez. The onsite medical unit is staffed by a doctor and lab technician in order to take samples to send for virus testing 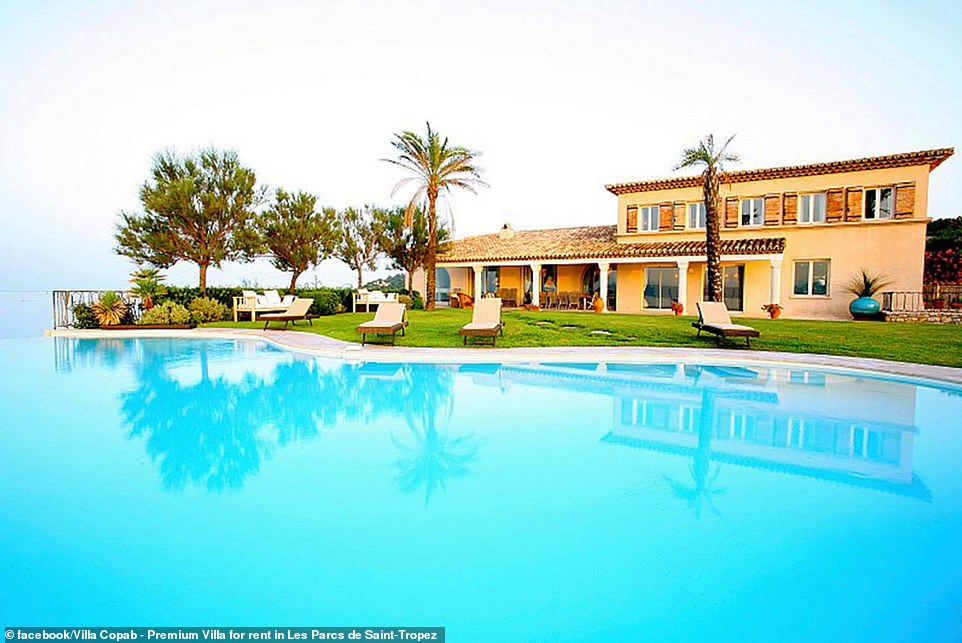 Villa Copab in Les Parcs de Saint-Tropez. The park has around 150 homes and was established in 1951 by builder Robert Geffroy after his yacht broke down in the picturesque fishing village

According to reports, the service is offered thanks to the president of the compound, who owns of several clinics across France.

Jean-Louis Oger is a wealthy pharmacist-turned-entrepreneur owns several clinics and laboratories in the south of France and is the association president.

News of the exclusive clinic’s tests quickly spread around the village by word of mouth and details were leaked to the regional newspaper.

It caused an outcry among locals when it was discovered the nearest hospital, Pole de Sante du Golfe de Saint-Tropez, does not have access to coronavirus tests. 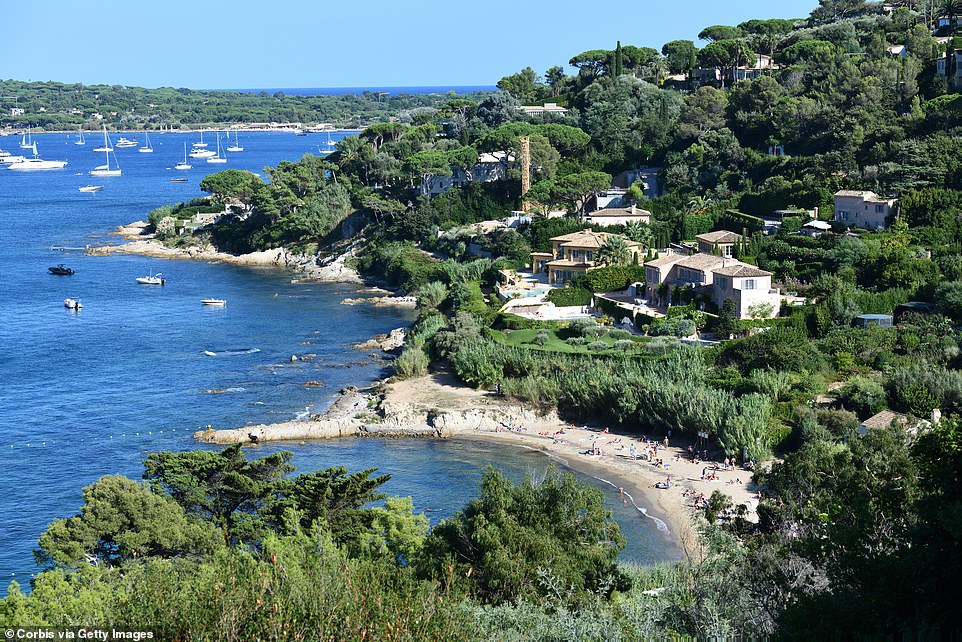 A luxury villa in St Tropez. Les Parcs de Saint-Tropez is home to some of the world’s richest people where homes can fetch more than £80million 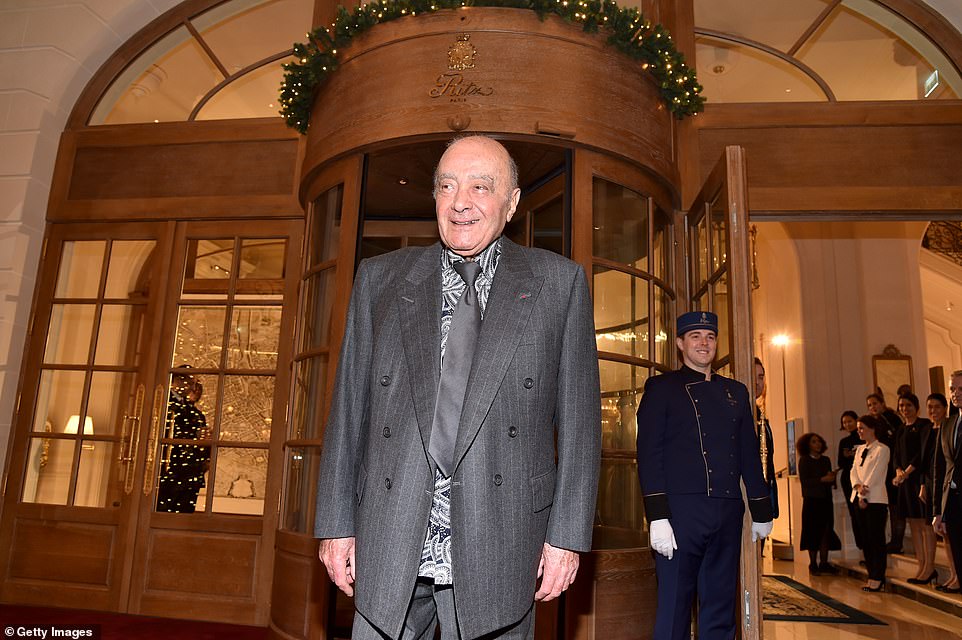 Mohamed Fayed at a Paris Cosmopolite show in Paris in 2016. His home in the park in the French Riviera was reportedly bought for £62.7million (72 million euros) 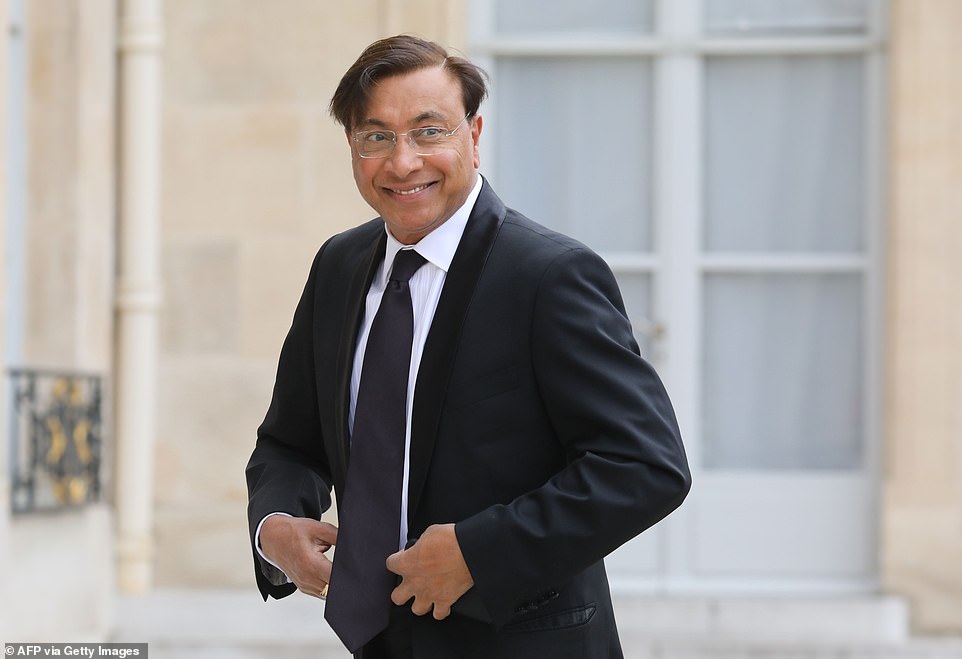 ArcelorMittal chairman and CEO, Lakshmi Mittal, arriving at the Elysee Palace in Paris last May. He is one of the billionaire residents of Les Parcs de Saint-Tropez 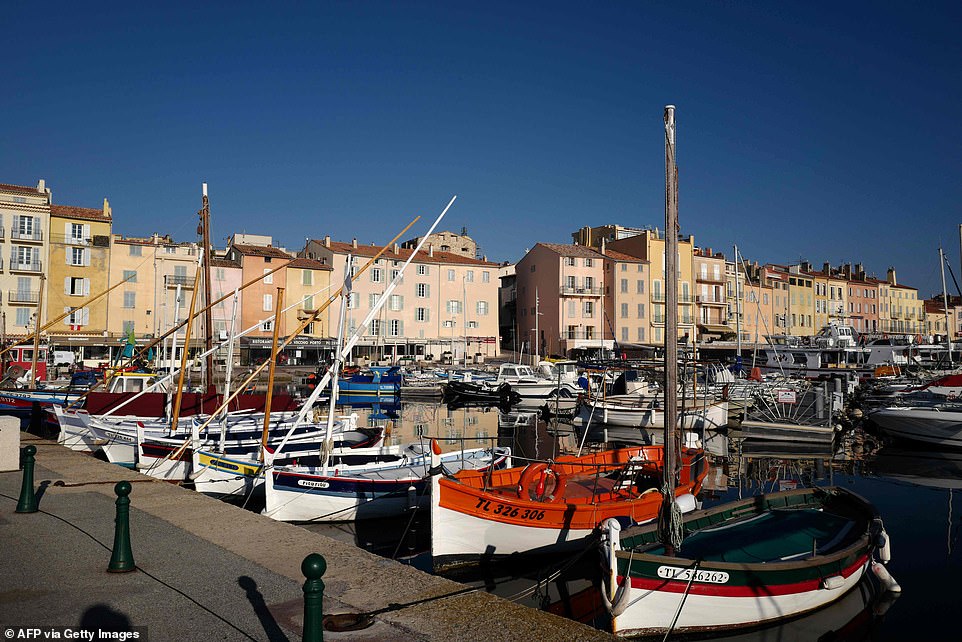 One resort local told Var-Matin: ‘A screening reserved for residents of the parks and their friends, under the nose of the Tropeziennes – a fine example of solidarity.’

Tests in France are often in short supply in many areas, especially in remote regions.

When told the Saint-Tropez hospital did not have tests, Oger allegedly responded: ‘That’s not my concern.’

Laetitia Leplaideur, a former president of the Rotary Club in the town, said locals were ‘furious’ at the situation.

She told the Washington Post: ‘I don’t believe it for a second. Tropeziennes are talking about the COVID-19 testing, and they are furious. We would all like to have a test.’

One hospital doctor told the newspaper it was a ‘nightmare’ to procure a test and that it is ‘not normal’ for a private screening unit to have access when a hospital does not.

Les Parcs de Saint-Tropez, where apartments can be sold for more then $10million and some mansions can be worth over £80million, was founded in 1951. 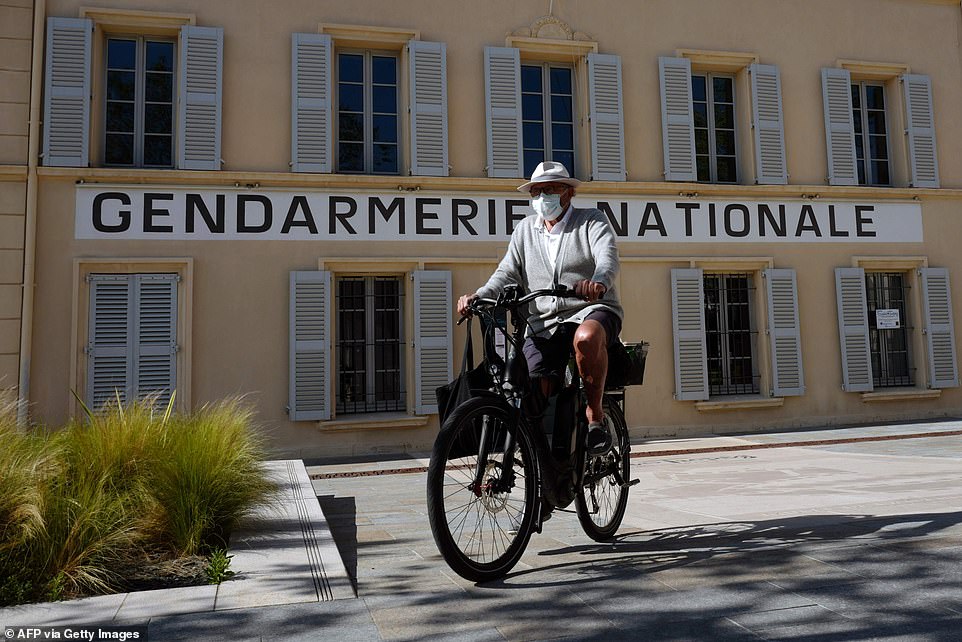 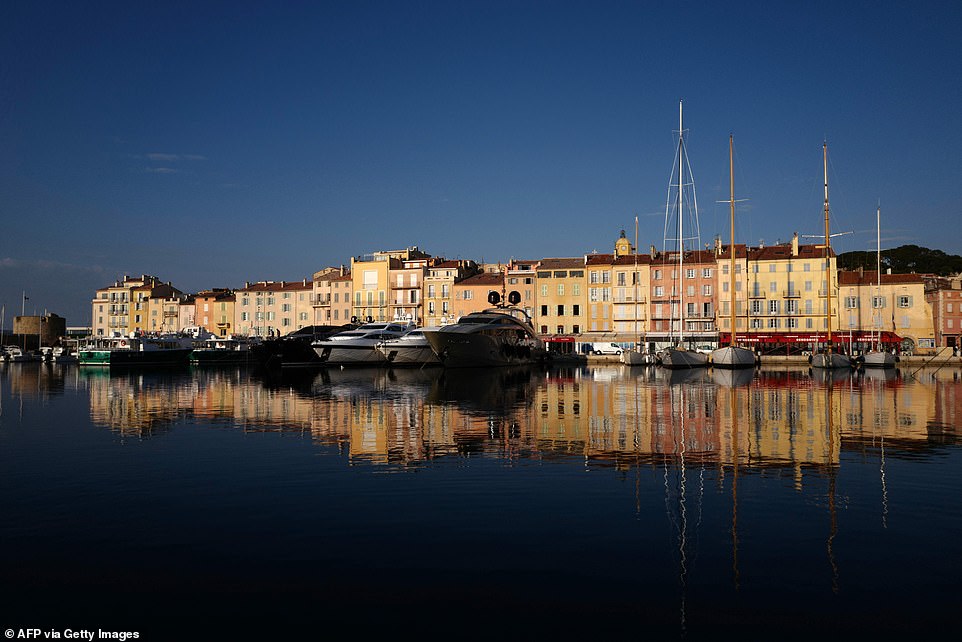 Boats moored in the harbour of Saint-Tropez. Locals in the town were upset that a private compound has access to coronavirus tests when their hospital does not 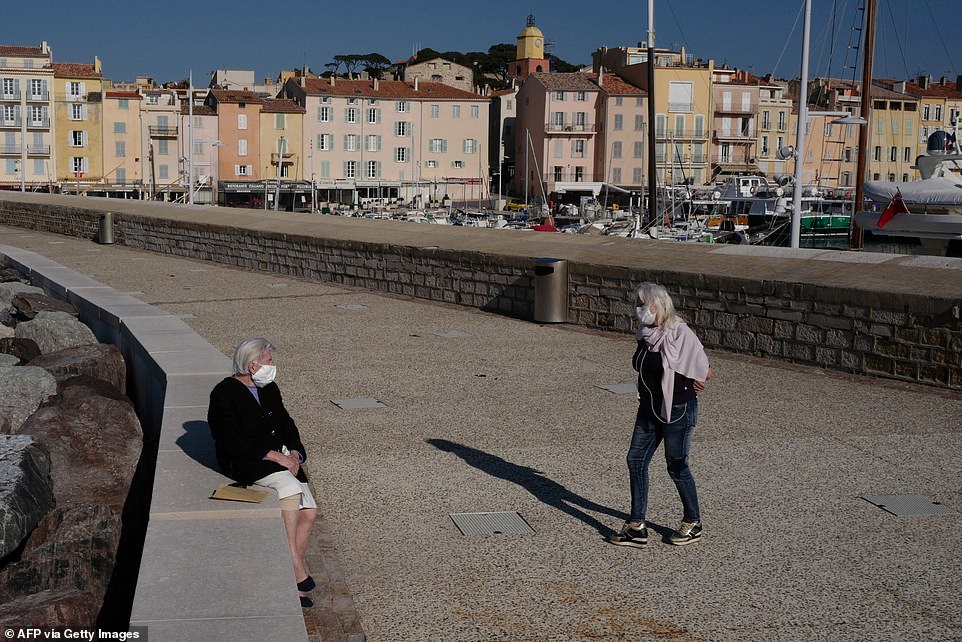 Fayed’s house in the park was reportedly bought for £62.7million (72 million euros).

The park, which now has around 150 homes, was established by builder Robert Geffroy after his yacht broke down in the picturesque fishing village.

Over the years it was tuned into an exclusive neighbourhood with a private beach and a gatehouse manned by guards and walls for extra security.

It has since become a playground for the ultra-wealthy and privileged from around the world.