Sir Billy Connolly has been knighted for his services to entertainment and charity – just weeks before his 75th birthday.

The British comedian joked that he should be called ‘Lancelot’ as he had the honour bestowed upon him by the Duke of Cambridge during an Investiture ceremony at London’s Buckingham Palace.

The long-time actor also imparted some words of wisdom during the event, saying that men in the entertainment industry must ‘get a grip of themselves’ in the wake of sexual harassment revelations.

A huge honour: Sir Billy Connolly has been knighted for his entertainment and charity services – just weeks before his 75th birthday

The Hobbit star divulged: ‘I think the air is going to be cleared and a lot of things that should have been done years ago are going to be done to protect young men and women.

‘I think that’s going to spread to government, to industry, to university, to all sorts of realms, anywhere power is exercised over the powerless.

‘Men will have to get a grip on themselves.’ 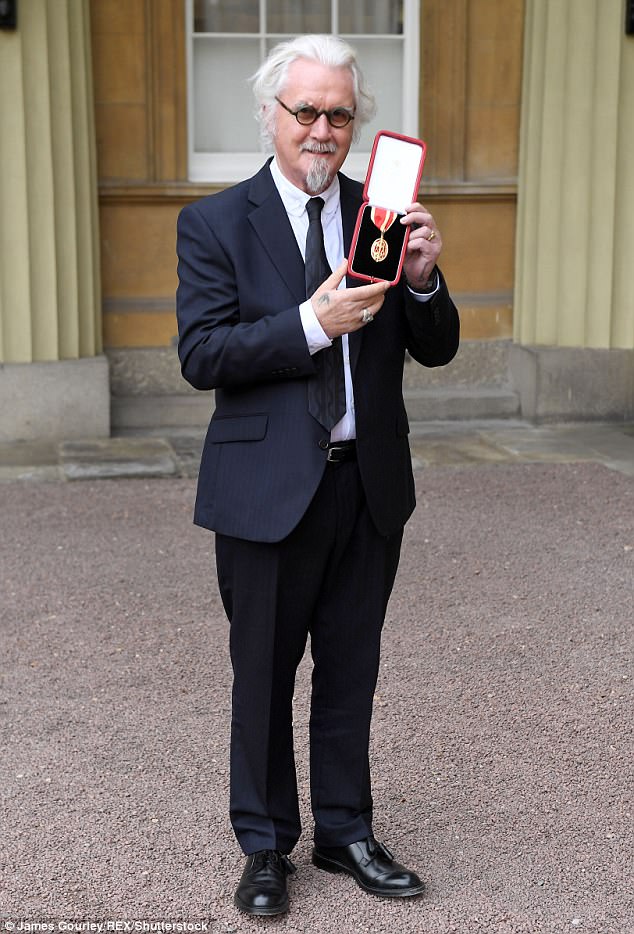 ‘Sir Billy doesn’t have the same ring!’: The British comedian joked that he should be called ‘Lancelot’ as he had the honour bestowed upon him by the Duke of Cambridge 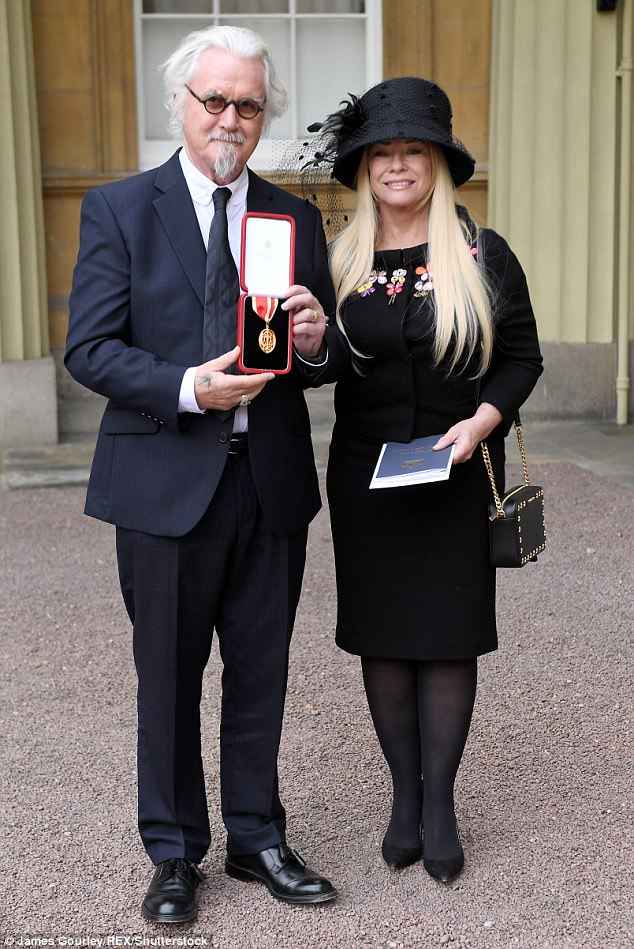 Wish you were here: While Billy was accompanied by his long-time wife Pamela Stephenson, the actor revealed his sadness at not having his late parents or sister witness his special day

His admission comes after Billy admitted he was left feeling ‘a little embarrassed’ after learning that he was going to be knighted.

He told the BBC: ‘I am a little embarrassed but deep within me, I’m very pleased to have it. ‘

While Billy was accompanied by his long-time wife Pamela Stephenson, the actor revealed his sadness at not having his late parents or sister witness his special day. 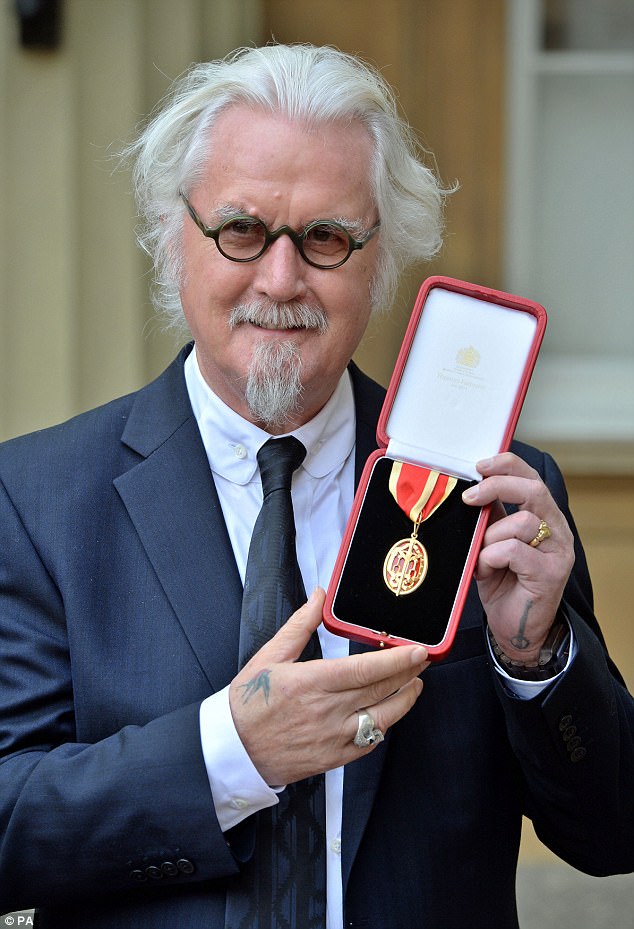 Overjoyed: The comedian proudly held up his medal after the service

He lamented: ‘I wish my sister was here. My sister Flo died last year and she would have loved that, and my parents are both dead, so I wish they were here to see it.

‘I feel as if I should be called Lancelot or something. Sir Lancelot, that would be nice. Sir Billy doesn’t quite have the same ring.’

As well as a successful career in stand-up comedy, Billy has also starred in the likes of The Hobbit, Mrs Brown and The Last Samurai.

His knighthood occurred just a day after Billy – who revealed he is battling Parkinsons disease in 2013 – raised awareness of his condition at Downing Street.

Dr Parkinson’s 1817 Essay On The Shaking Palsy saw him become the first to describe ‘paralysis agitans’, a condition that would later be renamed  Parkinson’s disease by french neurologist Jean-Martin Charcot.

The reception is a cause close to Billy’s heart – he was diagnosed with prostate cancer and Parkinson’s in the same week in 2013.

Parkinson’s is a chronic neurological disorder, characterised by a deficiency of dopamine.

Actor Michael J. Fox and Muhammad Ali are among the most famous people with it.

The main symptoms are slowness of movement, stiffness of muscles and shaking. 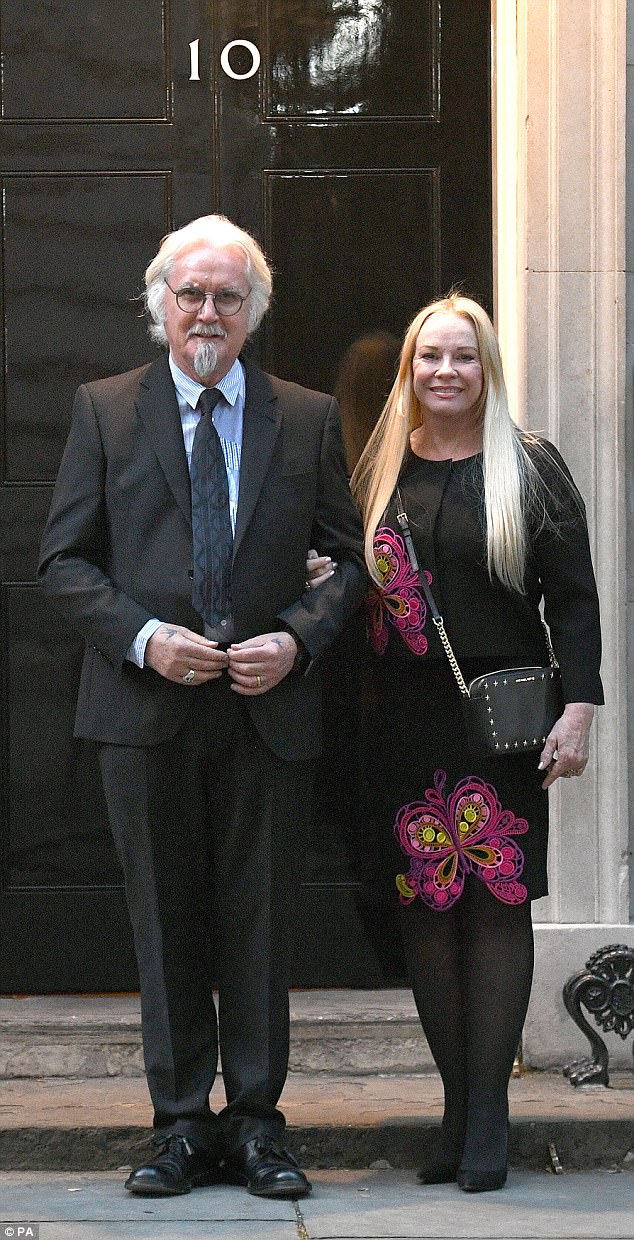 Inspiring: Billy and his wife Pamela raised awareness of Parkinson’s disease as they stepped out at Number 10 Downing Street on Monday to mark the 200th anniversary of Dr James Parkinson’s Essay on the Shaking Palsy

Bily was recognised for his work in entertainment, both as a comedian and a TV personality, though he started out his career as a singer, originally performing with group The Humblebums.

After going solo, Billy released his first album Billy Connolly Live in 1972, the first of over 30 albums and comedic recordings.

After joining the chat show Parkinson in 1975, Billy made regular appearance on the show until its end in 2007, as well as a slew of television and movie roles.

One of Billy’s most iconic performances was in the period drama Mrs Brown, playing the infamous friend to Queen Victoria John Brown, and was nominated for a BAFTA for his performance.

Legend: Billy received the honour for his work as a comedian and TV personality, though he started out as a singer for band The Humblebums in the early 1970s 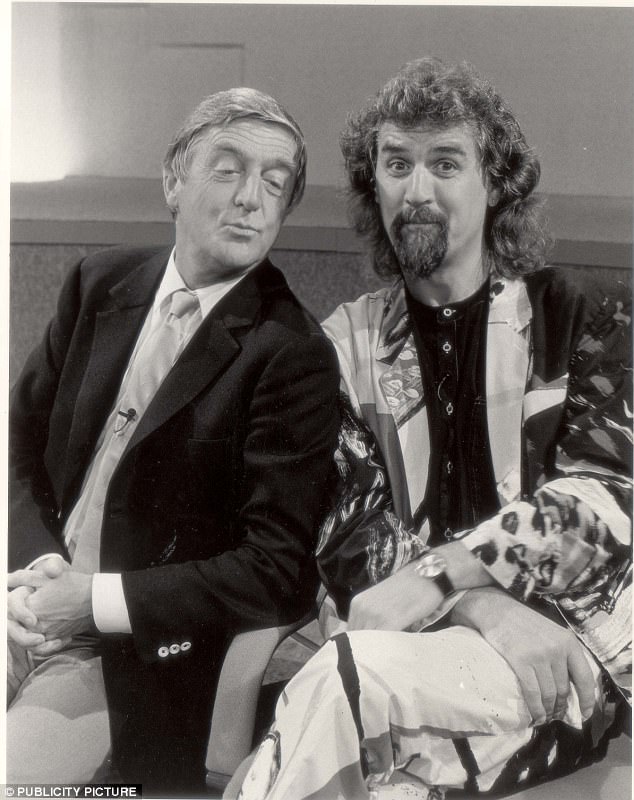 Icon: Billy was a regular on chat show Parkinson, appearing from 1975 until the series’ end in 2007 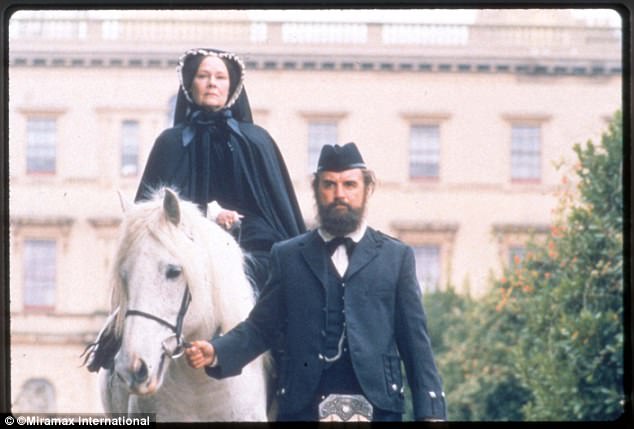 Critical darling: Billy also starred in period drama Mrs Brown as Queen Victoria’s friend John Brown, and was nominated for a BAFTA for his performance

During the 90s Billy branched out into TV documentaries, journeying to all corners of the globe for a variety of TV specials

After continuing to act and star in TV and stand-up comedy specials, the star wound back his roles in 2010, but continued in act in some roles such as the Scottish-themed animation Brave and The Hobbit: The Battle of the Five Armies.

The comedy legend once again topped the list on Channel 5’s Greatest Stand-Up Comedians, broadcast in 2013. 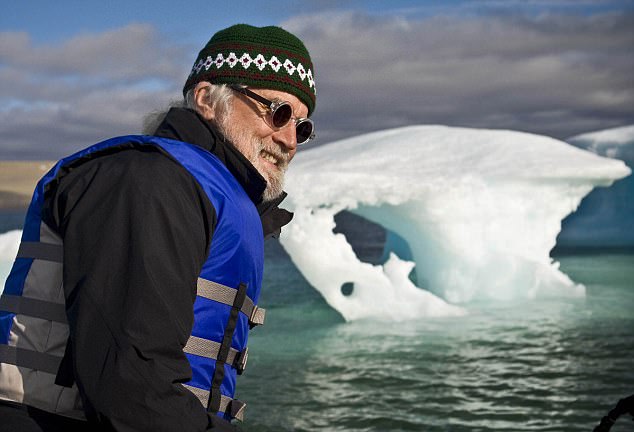 Explorer: Billy also made a slew of TV documentaries throughout his career, including Journey to the Edge of the World in 2009 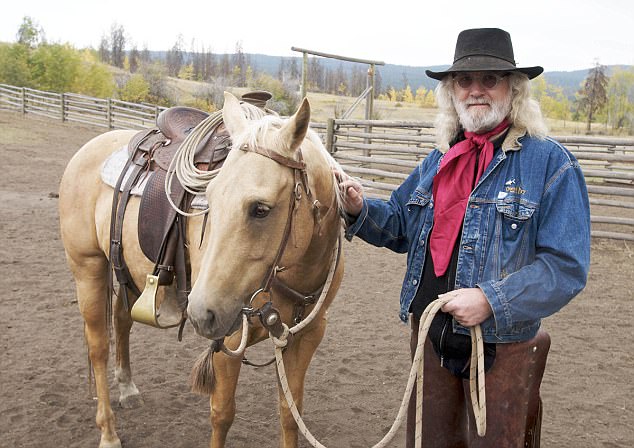 Globetrotter: Billy has travelled to all corners of the globe in his collection of specials