Bindi Irwin is a doting mother to her baby daughter, Grace Warrior.

But on Sunday, the wildlife warrior paid tribute to her own mum, Terri, 57.

Sharing an adorable photo of the three generations of Irwin women to her Instagram, the 23-year-old praised her mother’s unwavering support.

Supportive mum: On Sunday, Bindi Irwin delivered a loving tribute to her mother Terri – and revealed her sweet nickname following the birth of daughter Grace Warrior. All picrtured

‘My sweet mama and Grace’s incredible Bunny,’ she began, revealing the sweet nickname given to the proud grandmother.

‘Thank you for always being there for us,’ Bindi continued.

‘Your advice and encouragement when I need it (even in the middle of the night) means more to me than you’ll ever know. I love you with all my heart,’ she added.

Terri, the wife of the late Steve Irwin, became a grandmother for the first time in March last year. 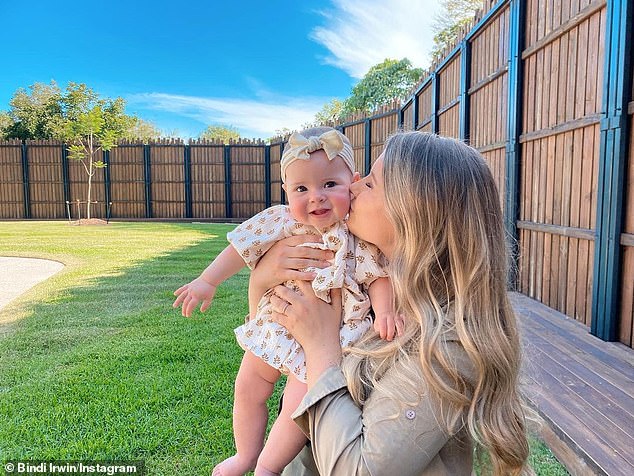 Cute nickname: Alongside the touching post, Bindi revealed the proud grandmother has been given the sweet nickname of ‘Bunny’. Pictured Bindi and her daughter Grace Warrior

Bindi and her husband Chandler Powell announced their daughter’s birth on March 26.

The new parents were overjoyed to celebrate Grace’s first Christmas last year, sharing an adorable photo of her sitting in front of a festive tree.

In the sweet photo posted on Instagram at the time, the beaming little girl wore a red dress with the words, ‘My First Christmas’ embroidered across the front in gold. 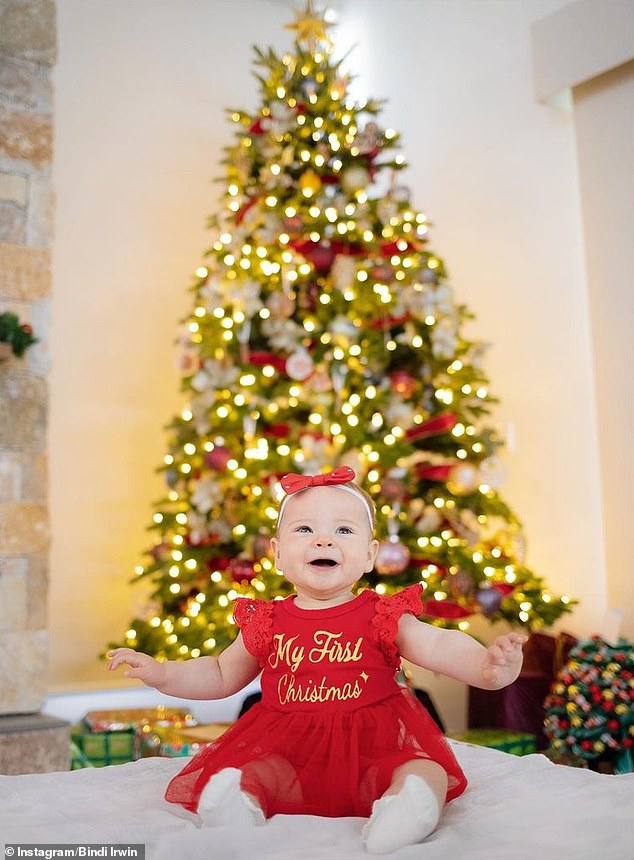 Plenty to celebrate: The new parents were overjoyed to celebrate Grace’s first Christmas in 2021

‘Celebrating nine months with this cutie on Christmas Day. There is so much happening in Grace Warrior’s life,’ they captioned the post.

They then listed off all of her accomplishments so far: ‘Crawling, two teeth, getting herself from laying to sitting, waving, high fives, clapping…’

Bindi and Chandler also said their daughter was ‘eating solids like a champion’ and ‘loves saying ‘Dada”. 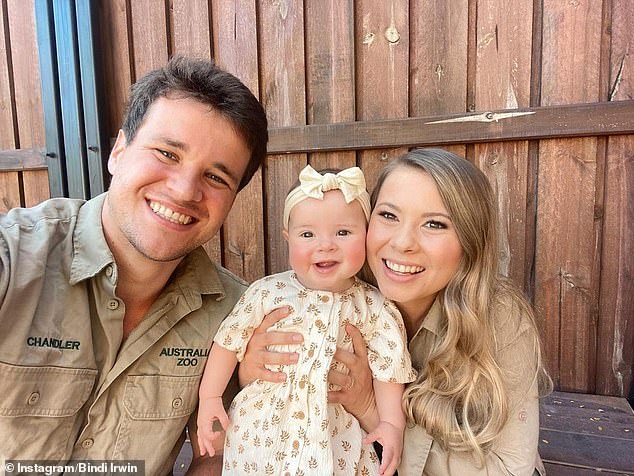 A year to remember: As 2021 came to an end, Bindi (right) and Chandler (left) reflected on  their epic year after welcoming baby Grace (centre)