Just like mum! Bindi Irwin’s daughter Grace Warrior shows her love for animals as she bonds with the family’s pet pug Stella

Bindi Irwin’s daughter is getting along well with the animals at Australia Zoo.

In a sweet Instagram post shared on Thursday, the wildlife warrior, 23, is seen feeding her 14-month-old Grace Warrior a snack with pug Stella.

‘Stella is forever hopeful that Grace will drop her snack…’ Bindi captioned her post.

Forever hopeful: Baby Grace takes a bite of a snack as pug Stella watches on

Fans found the cute moment hilarious, saying the photo of Grace bonding with Stella was ‘priceless.’

‘Grace is sooo cute!,’ one follower wrote. ‘Every dog wants you to drop food,’ another added.

Stella the pug is in fact Robert Irwin’s dog, but that doesn’t stop the family from spending plenty of time with the beloved pooch. 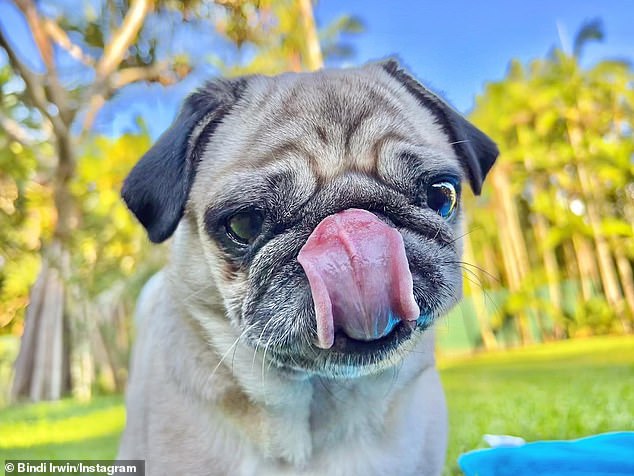 Yum! Stella is Robert Irwin’s pug, but that doesn’t stop the Irwin family from spending plenty of time with the beloved pooch

On Tuesday, June 7, Bindi penned a loving tribute to Grace alongside a sweet photo on Instagram holding baby Grace in her arms as they walked on the beach.

‘My love, There are countless adventures waiting for you on the horizon, a whole world for you to create positive change within,’ she wrote.

‘Until then, I will carry you and be there to encourage every one of your dreams.’ 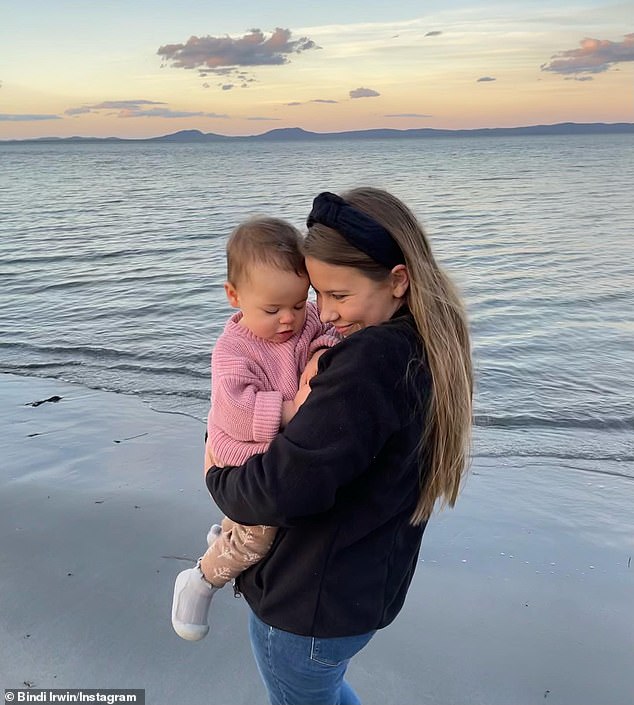 Like mother, like daughter: Bindi penned a loving tribute to Grace alongside a sweet photo on Tuesday

Grace gets along well with the Irwin’s family pets, as well as the animals at Australia Zoo, seemingly following in her family’s footsteps of becoming a wildlife conservationist.

Last Thursday, the TV personality went for a walk with her husband Chandler Powell, 25, and baby Grace along with their other pooch, Piggy.

Meanwhile, Bindi has shared several photos of Grace bonding with the reptiles and Australian native animals at the zoo.

‘Our girl is still admiring koalas,’ Bindi shared in a post from April 26. 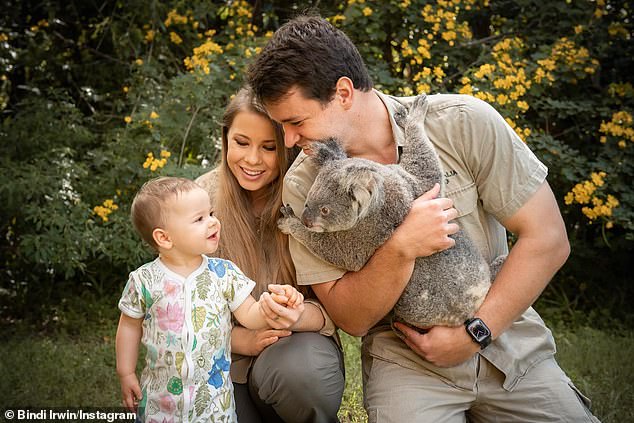