Bipartisan team of senators join forces to back Ivanka’s law

Two senators – one Republican and one Democrat – are leading a legislative effort to have a global women’s initiative spearheaded by President Donald Trump’s daughter Ivanka written into law.

The proposed legislation would make the economic empowerment of women a priority of U.S. foreign policy and ensure that Ivanka’s pet project, the Women’s Global Development and Prosperity Initiative, continues beyond the Trump administration.

It would also establish an Office of Women’s Empowerment at the State Department. 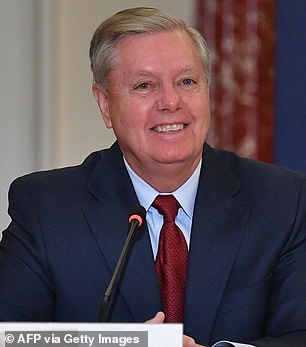 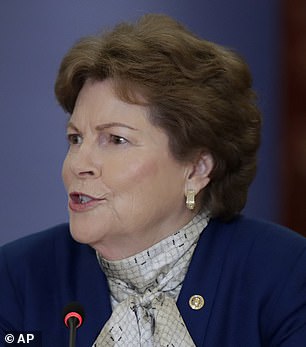 Senators Lindsey Graham (left), a South Carolina Republican, and Jeanne Shaheen (right), a New Hampshire Democrat, are behind the effort to formalize the initiative into law

Ivanka Trump said the legislation is a ‘long overdue goal.’

The Graham-Shaheen bill must pass both the Republican-led Senate and the Democratic-controlled House before the president sign it into law.

The State Department event was attended by several high-level administration officials, including Secretary of State Mike Pompeo, national security adviser Robert O’Brien and Larry Kudlow, Trump’s top economic adviser, along with members of Congress and others.

Separately, Ivanka Trump announced that the initiative had reached 12 million women around the globe in the year since it was launched in February 2019. 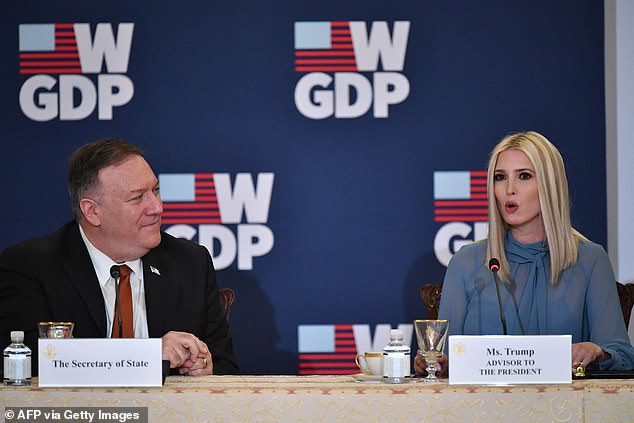 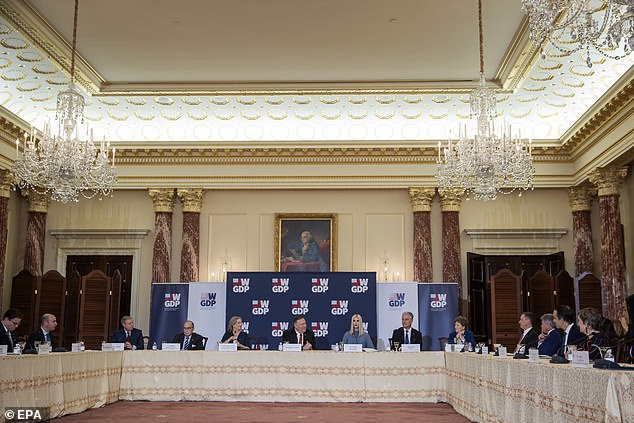 The program has a goal of helping 50 million women in developing nations advance economically by 2025.

Nearly 2 million women have participated in U.S.-supported workforce training and development programs, and more than 9,000 women-led businesses have received more than $1.6 billion in U.S. government-backed loans.

Ivanka Trump has promoted the Women’s Global Development and Prosperity Initiative during visits to Africa and South America.

She plans to discuss opportunities for women in business at events in Dubai later this week.