Birds overdose on anti-anxiety pills at a park in Huntington Beach, California

A pair of birds got wildly intoxicated after dipping into a cocktail of various medications dumped at a California park.

A man walking through Carr Park in Huntington Beach on Wednesday noticed the goose and gull walking slowly, struggling to keep their necks up and eyes open before one of them collapsed onto its back, legs splayed in the air in a hilarious yet alarming pose.

He then spotted the culprit: hundreds of pills strewn in the grass – which the birds likely mistook as grain pellets.

Two birds are being treated for drug overdoses after they ingested pills dumped on the grass at Carr Park in Huntington Beach, California, and became visibly intoxicated. One of the birds, a Canada Goose, caught the eye of a concerned passerby when it collapsed on its back (above) 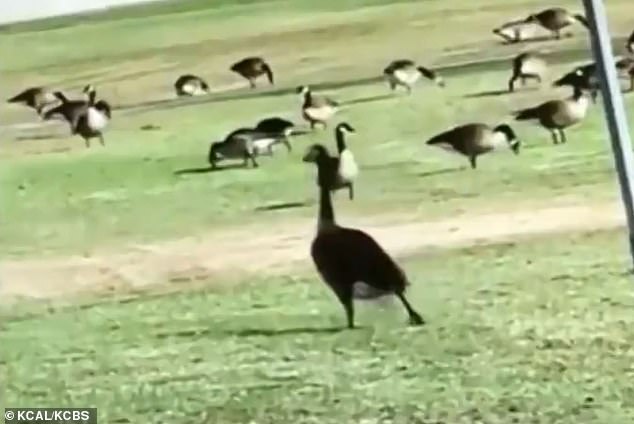 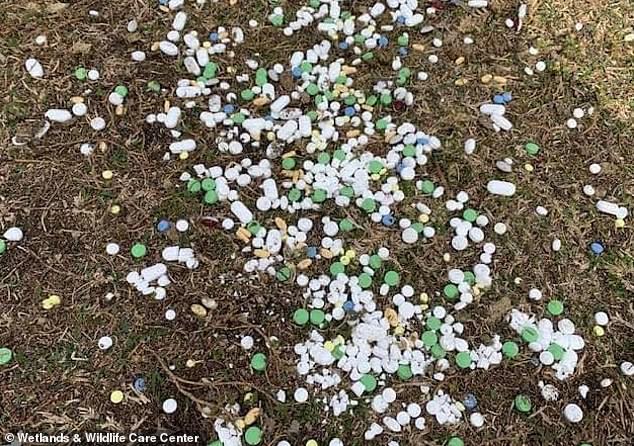 No one can seem to figure out who dumped the capsules – which appear to be a mixture of heart medications, antidepressants, anti-anxiety and insomnia pills –  in the park

The ‘caring citizen’ contacted Animal Control and the birds were brought to the Wetlands & Wildlife Care Center for overdose treatment.

‘Our center is currently treating a Canada Goose and a Ring-billed Gull that are exhibiting symptoms, such as loss of muscle control, that coincide with illness most likely caused by ingesting these medications,’ the nonprofit wrote in a Facebook post.

‘Both birds are doing well with treatment which mainly consists of pushing IV fluids through their system to flush it out. Thank you to those who took quick action to help the innocent birds at this park.’

No one can seem to figure out who dumped the pills in the park and why, according to CBS Los Angeles.

The center said it is likely that more birds at the park also ingested the pills but did not see as dramatic of an effect. 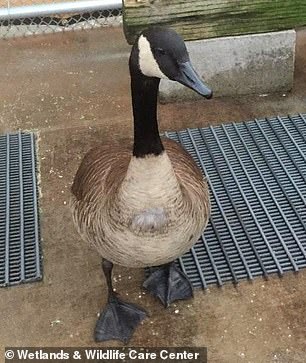 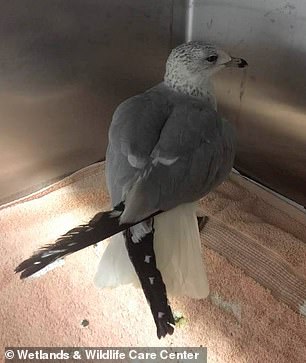 The birds were brought to the Wetlands & Wildlife Care Center and treated for apparent overdoses. The nonprofit said they are recovering well thanks to IV fluid treatments 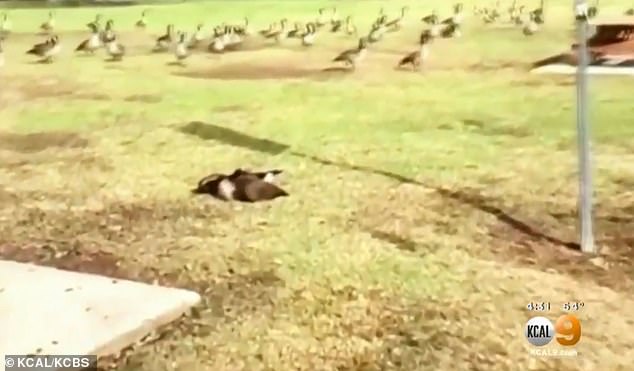