Birds thrive in towns by having big brains or lots of chicks, study finds

To thrive in urban environments birds need to either develop large brains like seagulls or have more offspring like pigeons, a study finds.

Researchers from the University of Gothenburg say big brains or lots of offspring are the two strategies that are key to survive in an unnatural environment.

The team say a number of bird species face being driven to extinction by rising urbanisation but others seem to actually thrive around humans.

Those with smaller brains, such as pigeons had to rely on larger populations – so more offspring – to survive in a human dominated area.

Pigeons on the street. Researchers say despite having small brains pigeons are able to thrive in urban environments by reproducing considerably more than they would in wild environments

The findings, published in Frontiers in Ecology and Evolution, could boost conservation efforts for different bird species as humans expand into more natural environments through urbanisation.

Lead author, Dr Ferran Sayol, of the University of Gothenburg, Sweden, said cities are harsh environments for most species.

He said they offer much lower biodiversity than natural environments, mainly due to the impact of humans and human obstacles.

‘The species that can tolerate cities are important because they are the ones that most humans will have contact with in their daily lives, and they can have important effects on the urban environment within our cities,’ said Savol.

Coping with people’s increasingly chaotic and busy lifestyles is difficult for birds and other creatures – making it harder to survive.

Our feathered friends either have to be more intelligent than their rural counterparts – or have more chicks.

The same phenomenon of larger brained and more sexed birds thriving ahead of others is not found in the country.

Understanding which bird species succeed has implications for saving them and sheds fresh light on those we share our neighbourhoods with.

Previous research has found birds with larger brains have a number of advantages.

The new studied fills in a gap in knowledge – that is how pigeons and other species with small brains are able to flourish in cities.

They contained details on more than 629 birds across 27 cities around the world and showed brain size plays a vital role – but it’s not the only path to success.

‘On the one hand, species with large brains, like crows or gulls, are common in cities because large brain size helps them deal with the challenges of a novel environment.

‘On the other hand, we also found small-brained species, like pigeons, can be highly successful if they have a high number of breeding attempts over their lifetimes.’

The latter represents an adaptation that prioritises a species’ future reproductive success over its present survival. 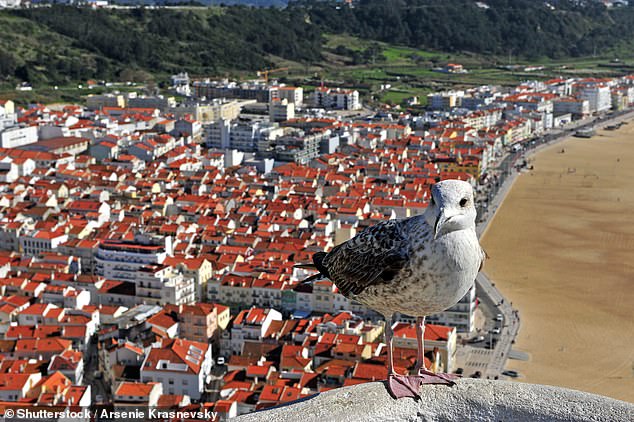 Interestingly, the study suggests the two strategies represent distinct ways of coping with urban environments – rather than being linked.

Birds with average brain size – relative to their body – are the least likely to live in cities, according to the Swedish researchers.

Unsurprisingly, both strategies are less common in natural environments.

Researchers are working to understand how these adaptations will change the behaviour and structure of urban bird communities in the future.

Dr Sayol said there are multiple strategies for adapting to urban habitats.

When considering the impacts of our increasingly urban future on our wild neighbours, it will be important to consider reproduction and brain size.

‘In our study, we found a general pattern, but in the future, it could be interesting to understand the exact mechanisms behind it, for instance, which aspects of being intelligent are the most useful,’ the researcher said.

‘Understanding what makes some species better able to tolerate or even exploit cities will help researchers anticipate how biodiversity will respond as cities continue to expand.’

The research has been published in the journal Frontiers in Ecology and Evolution.

Birds are easily poisoned by the heavy metals found in their environment.

The three heavy metals which commonly poison birds are lead, zinc, and iron.

Common symptoms that a bird is suffering from heavy metal poisoning are:

Zinc and iron are present in food and are required in small amounts for a healthy bird.

When abnormal amounts are present in the bird’s body, the same heavy metals can lead to poisoning.

Lead poisoning is no longer as common as it once was thanks to increased awareness of the dangers.

Heavy metal poisoning with iron can lead to iron storage disease, which causes the the nutrient to deposit in the internal organs of the body.

This can lead to liver problems and damage other organs.