Birmingham could introduce a ‘tourist tax’ to help fund public services during the 2022 Commonwealth Games.

Local authorities in the UK’s second biggest city would initially bring in the tax plans for the competition on a trial basis but the toll, understood to be £1 a night, could be continued following the event.

Birmingham was awarded the 2022 Games as Durban’s replacement host in December 2017. They are expected to cost £778m, with £184m coming from Birmingham City Council.

The ‘tourist tax’ would apply to all hotel guests regardless of whether they were local or overseas visitors.

Tourism is a big factor in the former region of industry and supports 75,000 jobs with council figures suggesting 41.8 million people visited the city in 2017.

A Birmingham City Council spokesman said: ‘We, along with our games partners, are focused on ensuring Birmingham 2022 both delivers a strong and lasting positive legacy as well as value for money.

‘There is a clear desire from a number of local authorities for councils to be given revenue-raising powers.

‘The council continues to consider and discuss these options with the government.

‘We are aware that Edinburgh is close to securing consent to trial such powers, so we are keen for the government to consider giving Birmingham City Council similar powers on a trial basis, ringfenced for the Commonwealth Games.’

There are growing calls from councils across England to be allowed to set a tourism tax in England. 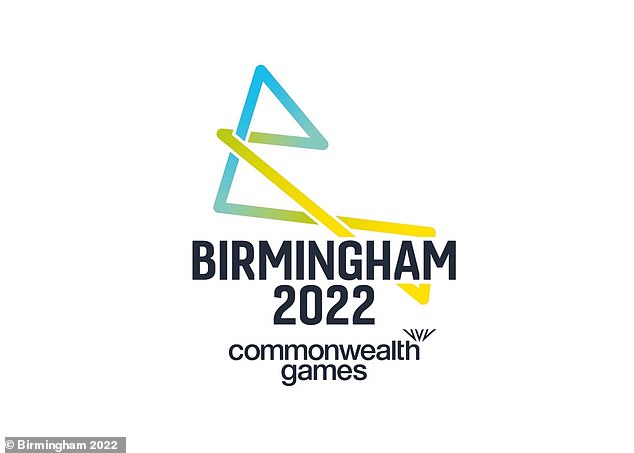 He said: ‘If we are seriously talking about funding these Games by adding to taxes in the city, then I think we’ve gone stark raving bonkers.

‘We’re paying the highest taxes now that we have in 50 years – we have public debt at £1.8 trillion, and people call that austerity.

‘The idea that we would disadvantage Birmingham by having a workplace parking levy, make our hotels uncompetitive, bearing in mind you already pay 20 per cent VAT on a hotel room?

‘I mean I know that in the USA they have various state and regional taxes, but they never amount to more than about 11 per cent.

‘We’ve already got a 20 per cent tax on every hotel room, and we’re now putting an additional levy on top of that?

‘I think it’s absolutely crazy to introduce additional taxes to the city or the region.’

Bath was previously planning to lobby the government for the power to charge its many visitors whilst Edinburgh already has plans to bring in a tax along with Cornwall who are running a public consultation on the plans. 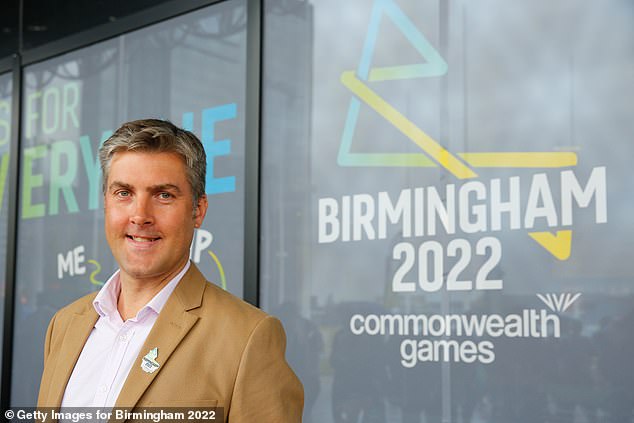 Ian Reid ,CEO Birmingham 2022 Commonwealth Games, celebrates the three-year countdown to ‘The Games For Everyone’ at Centenary Square on July 27, 2019

Legislation which would enable Edinburgh City Council to set a tourism levy has just reached the end of its consultation period in Scotland.

If it passes, Edinburgh will kick start its plans to charge a ‘transient visitor levy’ of £2 a night in 2021.

Birmingham City Council is lobbying the government to pass legislation to allow it to introduce the tax.

The tax plans are expected to be part of a finance bill which will form part of the Budget in March.

Core Cities, the advocacy group of large regional cities, is calling for a national debate on the issue and has asked the Parliament’s Digital, Culture, Media and Sport Committee to hold an inquiry on the issue, which it hopes will lead to conversations with government.

A HM Government spokesperson said: ‘Birmingham Council has confirmed that it can meet its full funding commitment for the Commonwealth Games.

‘We keep all aspects of the tax system under review, with the Chancellor announcing any changes at Budget.’