Birmingham police take the knee with We Matter rally protesters

Several police officers took the knee alongside demonstrators during a We Matter protest in Birmingham today.

Hundreds of people took to the city’s streets this afternoon to protest against racism, the Windrush scandal and highlight claims of police brutality.

They stood in Victoria Square holding powerful placards calling for justice and repeating the final words ‘I can’t breathe’ uttered by George Floyd who died in police custody in Minneapolis, U.S last month. 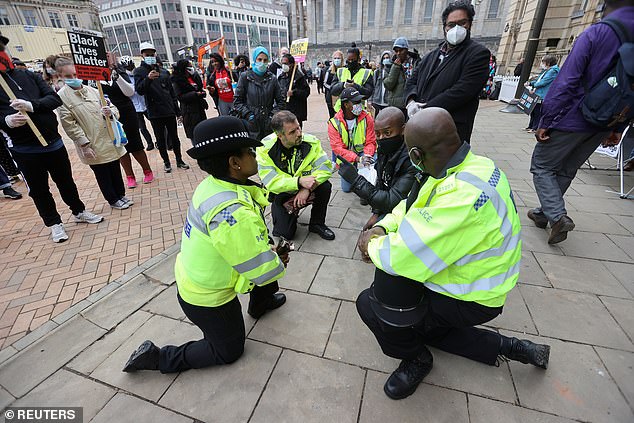 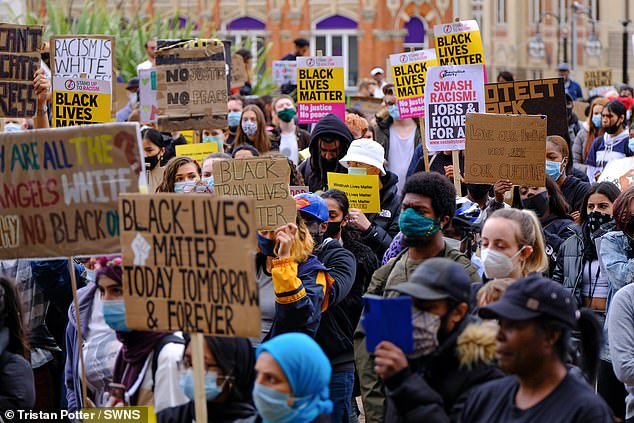 Hundreds of people took to the streets, many wearing masks, holding powerful placards and banners 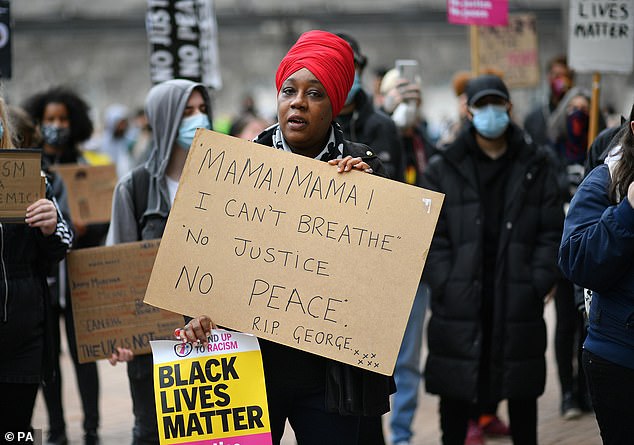 One protestor holds a sign repeating George Floyd’s final words as he died in police custody in Minneapolis, U.S

The protest, organised by Bishop Desmond Jaddoo, also aimed to draw attention to the disproportionate number of black people who died from coronavirus.

Mr Jaddoo has been leading campaigns to bring attention to the Windrush scandal and claims of police brutality.

He told the Birmingham Mail: ‘The purpose of the rally is for us to galvanise and start demand the addressing of the inequality that we face.’ 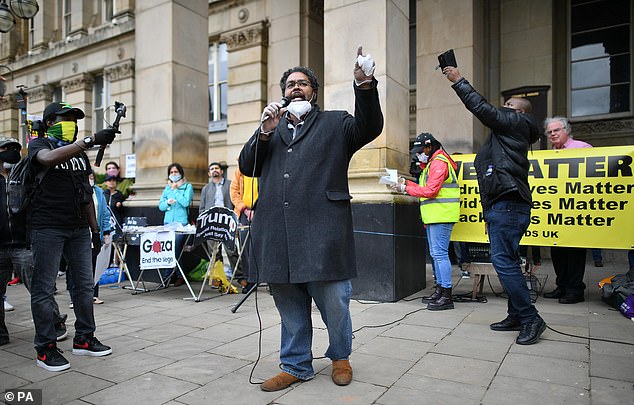 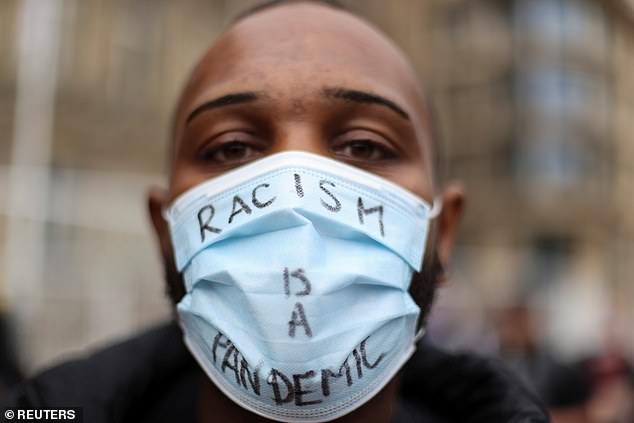 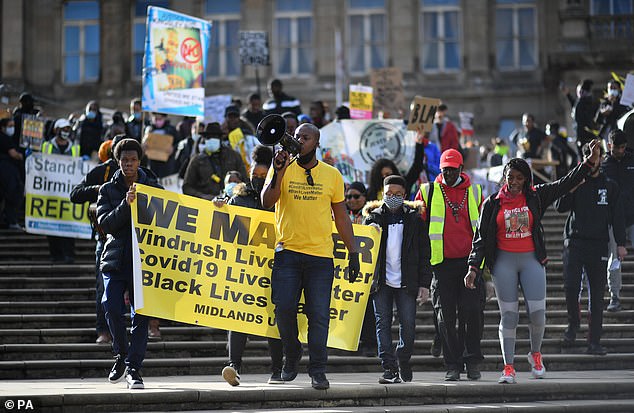 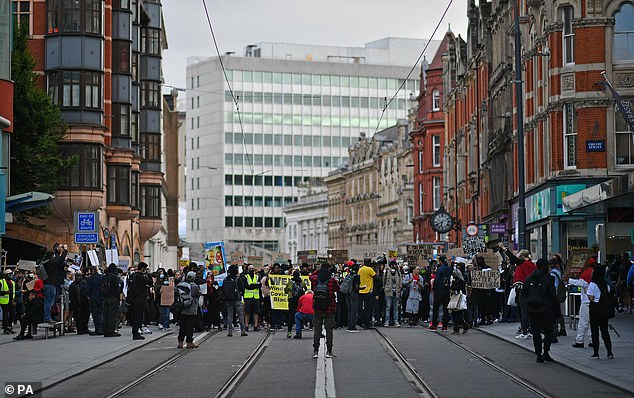 Today he took to the stage telling protestors ‘we’re not in the cotton fields any more’.

The families of Kingsley Burrell and Clinton McCurbin, who died after being arrested by police were present for the rally.

Kingsley Burrell died in police custody nine years ago after he was left handcuffed face-down in a hospital with a blanket over his head. 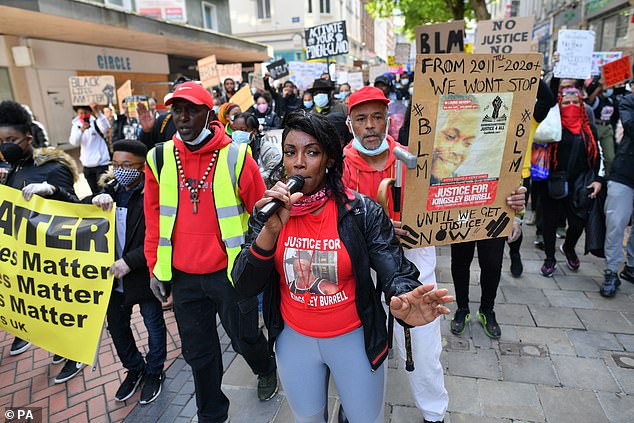 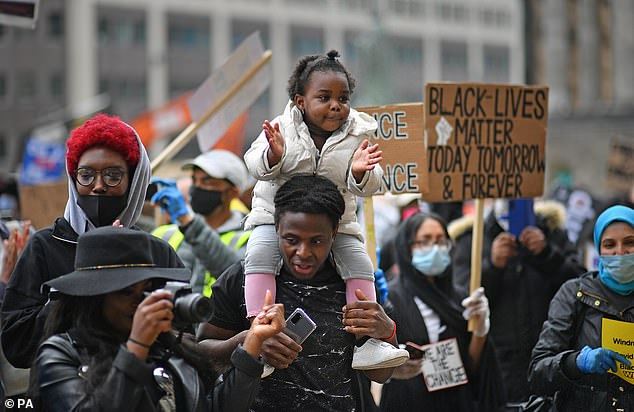 People of all ages joined in the rally, gathering in Victoria Square, Birmingham, and listening to people speak 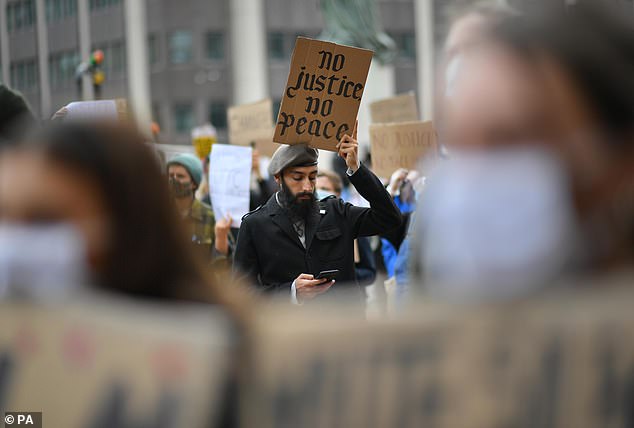 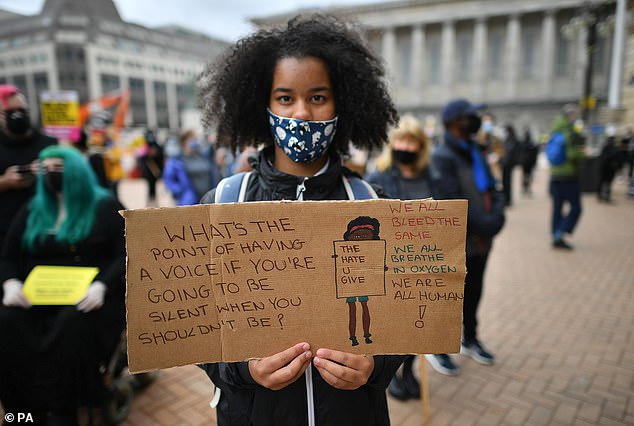 Clinton McCurbin died after he was arrested in Wolverhampton in 1987 which lead to protests at the time.

Mr Jaddoo also made reference to the death of 35-year-old Simeon Francis who was filmed shouting ‘I can’t breathe’ as police officers detained him in Torquay, Devon – in parallels to George Floyd’s death.

Ten months later in May this year Mr Francis, who was from Birmingham, was arrested again in Exeter and booked into custody. On May 21 he was found dead in his cell.

Devon and Cornwall Police has asked its own watchdog to investigate the force after the video emerged. 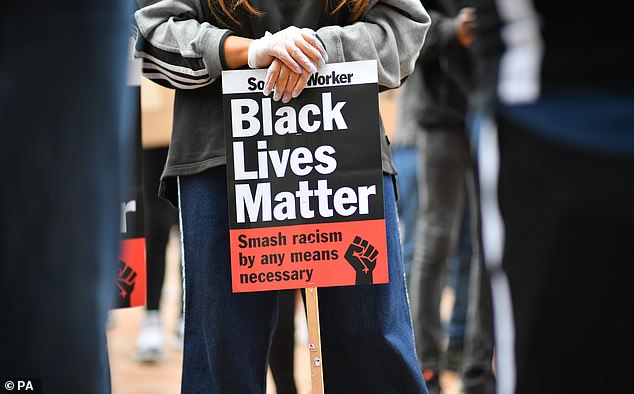 At the rally, Mr Jaddoo spoke of the death of Simeon Francis, 35, from Birmingham, who died in the Devon and Cornwall police custody in Torquay 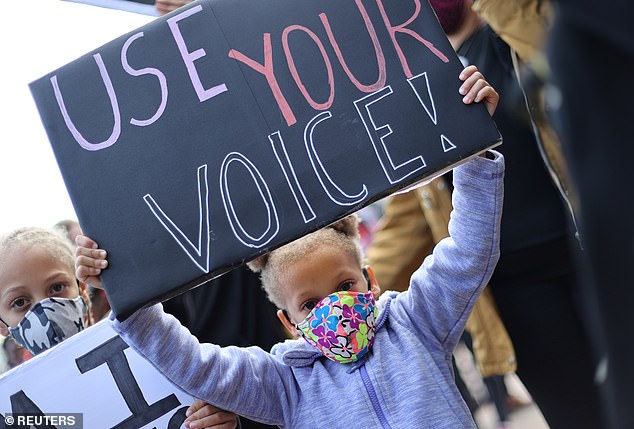 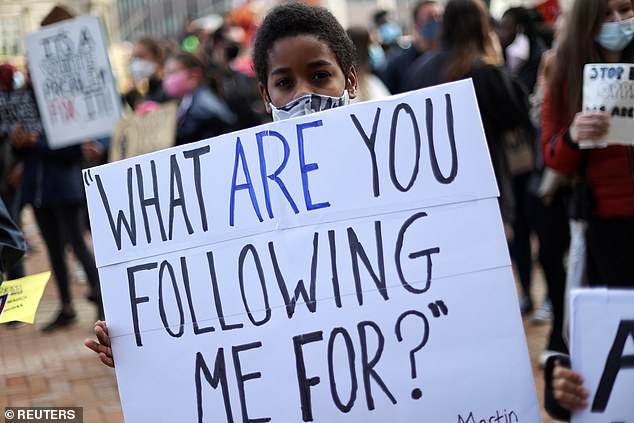