A man in his 30s was stabbed to death in what may have been a targeted attack last night.

Police were called to Baker Street in the Sparkhill area of Birmingham at around 11.20pm.

Police are now appealing for any information on a car seen speeding away from the scene.

A man in his 30s was stabbed to death in what may have been a targeted attack in Sparkhill, Birmingham, last night

A police cordon is currently in place in Baker Street and also onto the main Warwick Road, between Albion Road and Medlicott Road, to enable inquiries to be carried out.

Police said these restrictions are likely to remain in place throughout the morning.

Detective Inspector Caroline Corfield, from the force’s homicide team, said: ‘A man has sadly lost his life and we’re working to establish the circumstances around his death.

‘He was discovered in the street with serious injuries and we’re particularly keen to gather information about a car which fled from the area.

‘At this stage we believe this may have been a targeted attack and we’re keen to hear from anyone with information which can assist our inquiries.’

Anyone with information is asked to contact West Midlands Police via Live Chat at west-midlands.police.uk or by calling 101 quoting log number 3231 of 12/7/19. 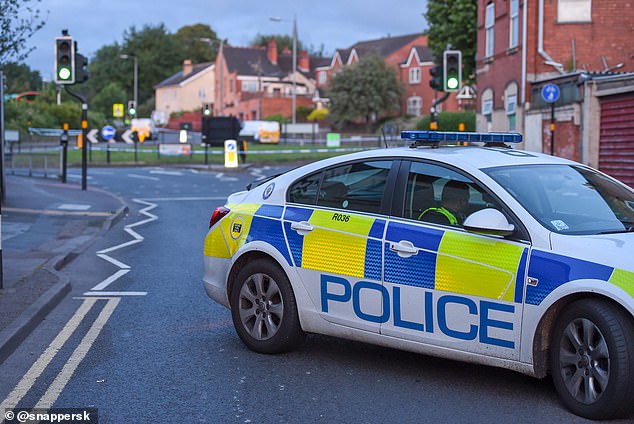