The crimson face of Glenn Whelan said it all.

The combative midfielder was left with blood pouring down his face as Aston Villa and rivals Birmingham played out a fiery second-city derby on Sunday afternoon.

The two Championship sides could not be separated at St Andrew’s – with both missing glorious second-half opportunities to secure all three points and local bragging rights. 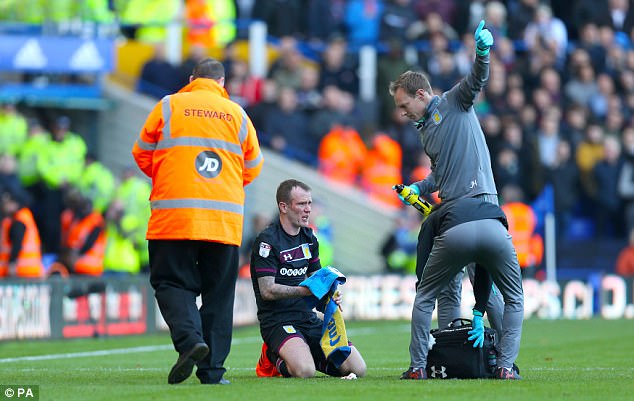 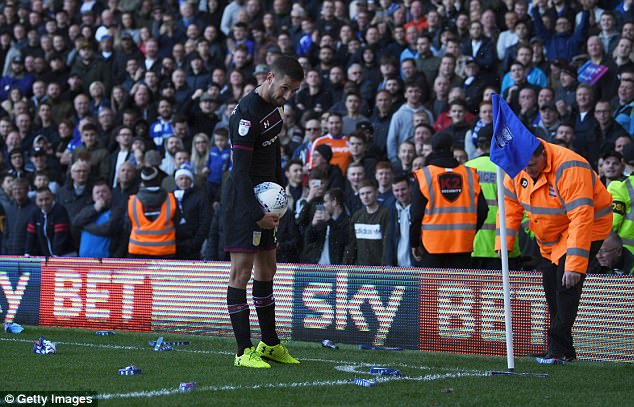 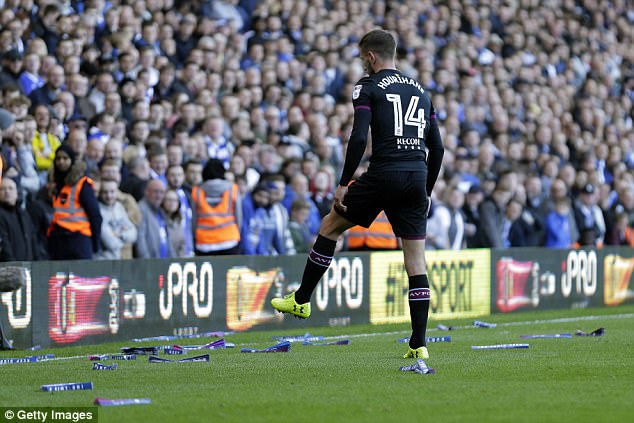 It was a game marred by off-field clashes between supporters and objects being thrown onto the pitch from the St Andrew’s stands.

A handful of players were hit by coins, with Ahmed Elmohamady handing one to referee Andrew Madley during the clash.

For Whelan, it was elbow that did the damage. But the former Stoke midfielder was pictured on the turf, receiving support from his team-mates, surrounded by clappers launched by home supporters. 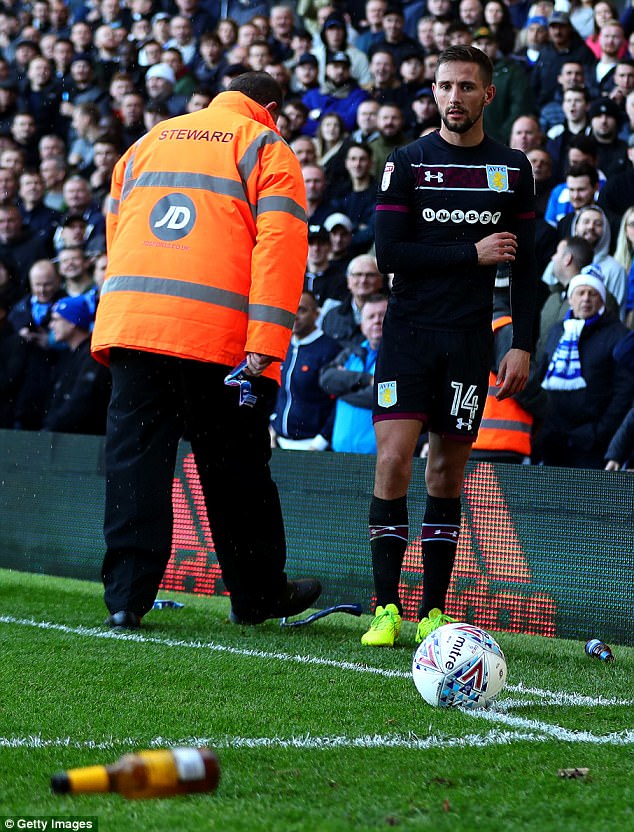 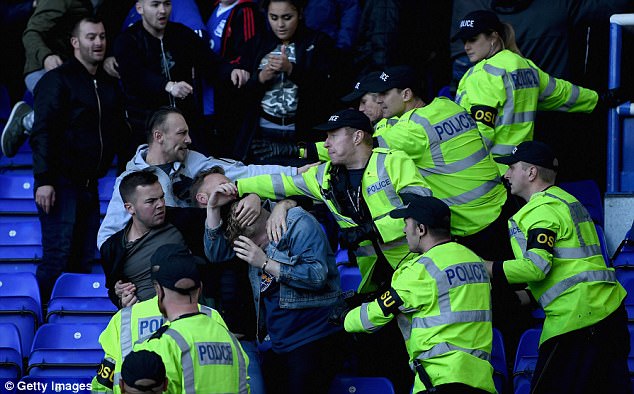 The image illustrated the combative and occasionally-unsavoury encounter that leaves Steve Bruce’s side seven points off top spot in sixth.

Jota wasted a glorious chance for Steve Cotterill’s side as their stuttering start to the season continued with a draw against their bitter rivals. 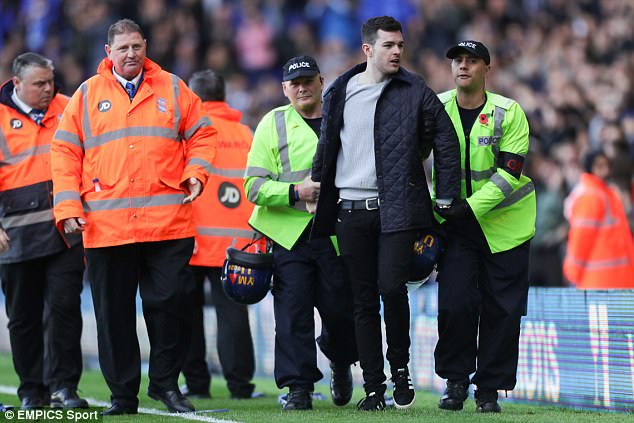 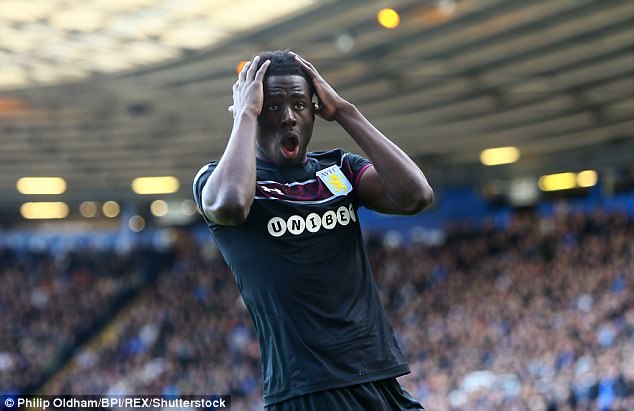