Water polluted with even tiny amounts of human hormones can impact marine life, according to a new study that found freshwater fish exposed to estrogen produced fewer offspring.

Synthetic estrogen from oral contraceptives has been found in waterways near sewage treatment plants.

Biologists looking to see if those hormones affect fish exposed them to trace amounts of a synthetic version of Ethinylestradiol, used in most birth control pills.

They found less than a tenth of the concentration of Ethinylestradiol found in some streams was enough to lead to smaller populations and fewer male offsprings.

Estrogen has been detected in streams, lakes and even drinking water. To determine its effect, researchers exposed killifish to synthetic Ethinylestradiol, found in most birth control pills. They found the number of offspring reduced and more females born than males.

According to a study in the journal Aquatic Toxicology, fish exposed to even 5 nanograms per liter of synthetic Ethinylestradiol produced fewer offspring than those that weren’t and gave birth to more females than males.

Ethinylestradiol has been found in streams at levels higher than 60 nanograms per liter.

In addition to birth control, it’s used as menopausal hormone therapy, to prevent osteoporosis and as a palliative treatment for breast cancer.

Our bodies generally only absorb a small amount of the medication we ingest, the rest – up to 90 percent – gets flushed down the toilet when we go to the bathroom. 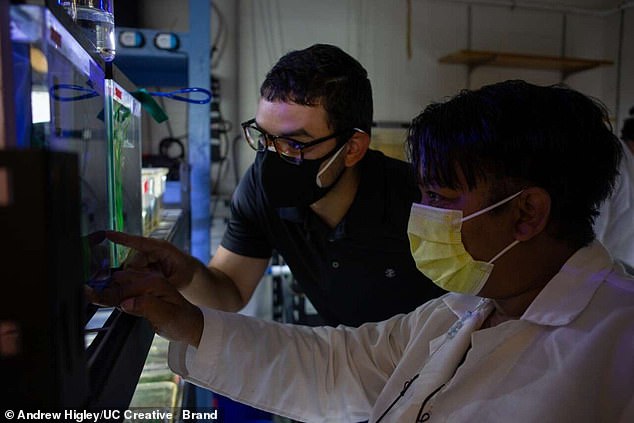 ‘When women on birth control or hormone therapy go to the bathroom, it gets flushed into wastewater treatment plants,’ said biologist Latonya Jackson (right)

‘Our wastewater treatment systems are good at removing a lot of things, but they weren’t designed to remove pharmaceuticals,’ said lead author Latonya Jackson, a biologist at the University of Cincinnati. ‘So when women on birth control or hormone therapy go to the bathroom, it gets flushed into wastewater treatment plants.’

For her experiments, Jackson used least killifish, a relative of the guppy.

Killifish are common, tiny and easy to catch, making them easy to study without taking up a lot of space.

They’re a popular target for predators, which they make up for by giving birth frequently, about every 28 days. 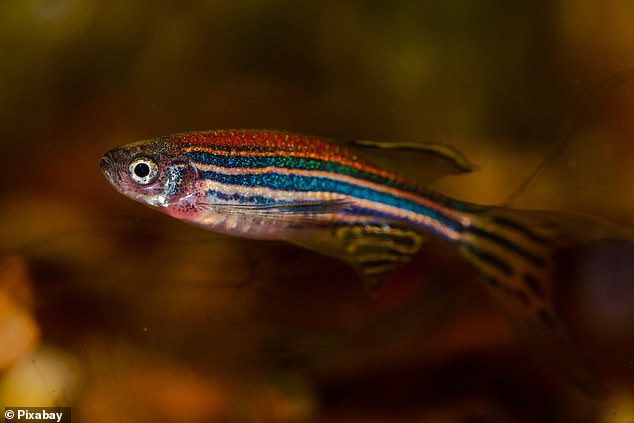 They’re also rare for fish in that they have a placenta and give birth to live young.

Jackson’s team found that chronic exposure to Ethinylestradiol led to smaller populations and a gender ratio of more females than males.

Next she’ll be working with the Environmental Protection Agency to see if the hormones affected the genetics of the fish’s offspring.

Around 15 million women regularly take birth-control pills in the US alone, most of them using Ethinylestradiol.

While a 2010 study found birth-control pills accounted for less than one percent of the estrogen found in US drinking water, local water systems don’t test for Ethinylestradiol.

And estrogen enters the waterways from other sources, like livestock and dairy products.

Previous studies have found estrogen in rivers and lakes leads male fish to develop ovaries and other female characteristics.

A 2015 study from Washington State University found a link between Ethinylestradiol and the growing decline in sperm counts, which have plummeted up to 38 percent in a decade.

‘There’s every reason to believe that estrogen and the pharmaceutical compounds that we’re ingesting in micro-quantities are having an effect,’ activist Seth Siegel told Business Insider.

‘Why wouldn’t it be possible that a newborn or fetus, or a 3-year-old getting an irregular dosage, might not see some effect on their brain function or brain development?’