Birthday party turns into a surprise wedding in Vancouver

An engaged couple gave their family and friends the ultimate shock when the bride revealed to everyone they were actually at her surprise wedding – rather than the birthday celebration they were expecting.

The loved ones of Melanie Emlyn and Jodi Kane Hoesing thought they were attending Jodi’s 40th surprise birthday party at a venue in Vancouver.

But as they waited to yell surprise to Jodi, little did they know the surprise was on them when Melanie walked into the ‘party’ wearing a white wedding dress.

The video shows the moment the guests were stumped by the bride’s entrance as one woman goes up to hug her and others are heard cursing and confused by what’s unfolding in front of them.

A bride walked into what was supposed to be her fiance’s surprise birthday party, but she surprised her family instead 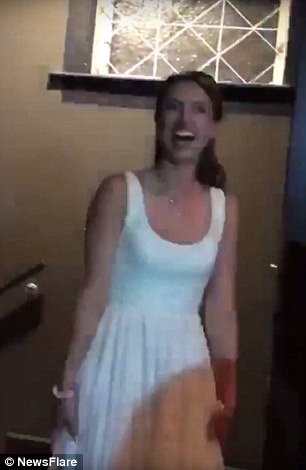 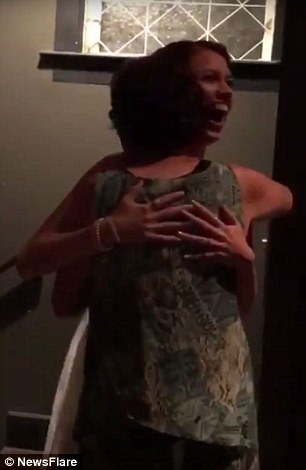 The couple said in a blog post that they got the idea for the surprise from an episode of Parks & Recreation when characters Andy and April throw a housewarming party turned wedding.

After being down that their dreams of a destination wedding were far out of their price range, Melanie, a yoga instructor, was inspired by the episode.

The bride said she texted her then fiance about the idea and he immediately replied ‘LETS DO IT!’

With a small group of friends and family in the know helping to plan the late September wedding, the bride wrote that the couple’s lives were full of lies for months.

‘We sent out invites to our engagement party, which was really a cover for Jodi’s 40th surprise birthday party, which was actually our surprise wedding,’ Melanie wrote online. ‘Again sorry for all the lies. #sorrynotsorry’. 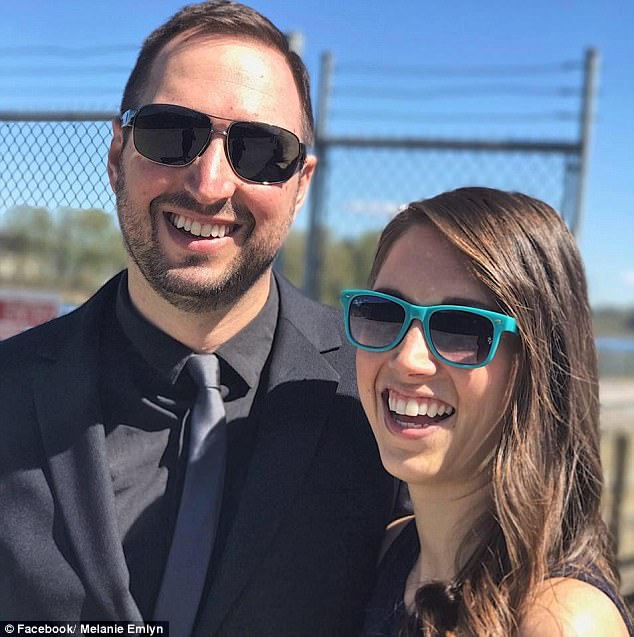 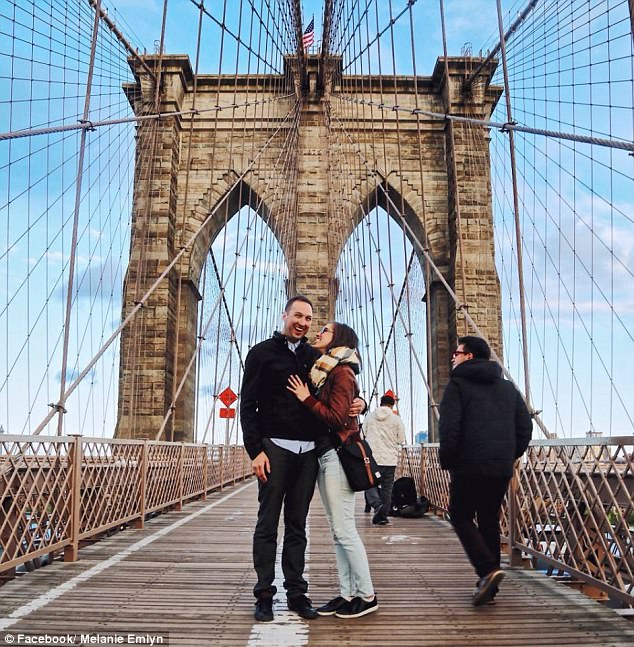 The couple were moving from Vancouver to Calgary after Jodi’s department shut down at his job and he went in search of another. They made the move just a week after the wedding.

They said it was ‘the perfect plan’ because they knew everyone wouldn’t miss their last chance to celebrate with the couple before they left.

‘Our innocent and unknowing friends and family traveled from far and wide for our engagement party slash Jodi’s 40th surprise birthday but what they got was so much more,’ Melanie said.

Once everyone accepted the initial shock, it was clear that friends of the couple had been in on the surprise to make the day memorable.

A friend officiated the wedding ceremony while another designed the reception hall and another performed live music.

The bride got to wear her ‘dream dress’ and the groom a custom suit that they took wedding pictures in at Stanley Park earlier in the day–shot by a friend/personal photographer.

After a full day of lies and nerves of how they were possibly going to pull this off, Melanie said: ‘The day was perfect and at the same time it wasn’t, which was how it should be.’