One of Britain’s best known Anglican bishops has converted to Catholicism after accusing the Church of England of ‘jumping onto faddish bandwagons’.

Michael Nazir-Ali, who was the Bishop of Rochester from 1994 until 2009, claimed his move was ‘about belonging to a church where there is clear teaching for the faithful’.

The married father-of-two could now be ordained as a Catholic priest as early as next month having said he considered the switch across denominations ‘for some years’.

Dr Nazir-Ali had accused the CofE of ‘jumping onto every faddish bandwagon about identity politics, cultural correctness and mea culpas about Britain’s imperial past’.

The 72-year-old has now been joined the Catholic Ordinariate, set up in 2011 by Pope Benedict XVI to allow Anglicans to enter into the full communion of the Catholic Church.

Mr Nazir-Ali’s switch to Catholicism comes just weeks after the Bishop of Ebbsfleet Jonathan Goodall did the same. A source close to him reportedly said that Bishop Goodall was also unhappy with the direction of the church.

In 2010, five bishops left because of their dissatisfaction about the introduction of female bishops.

Dr Nazir-Ali’s conversion to Catholicism is seen as the most significant since Graham Leonard, the former Bishop of London, who was received into the Church in 1994 after rejecting the ordination of women priests. 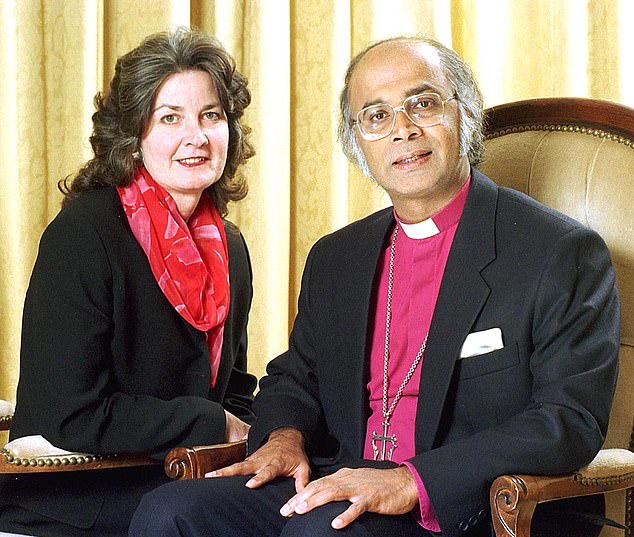 Dr Nazir-Ali, 72, has been married to Valerie since 1972 and they have two adult sons

Dr Nazir-Ali was received by Monsignor Keith Newton and will be ordained to the Catholic priesthood for the Ordinariate in due course, with the permission of the Holy See.

Today, he said: ‘I believe that the Anglican desire to adhere to apostolic, patristic and conciliar teaching can now best be maintained in the Ordinariate.

What is the Ordinariate and why was it set up?

Pope Benedict XVI established the Personal Ordinariate of Our Lady of Walsingham in 2011 to allow Anglicans to enter into the full communion of the Catholic Church.

Converts joining the ordinariate are allowed to keep some Anglican liturgy and traditions, and it has the full support of Pope Francis.

In 2012, Benedict XVI gave £150,000 to the Ordinariate which was put into a fund to buy places of worship and provide stipends for priests.

The Ordinariate takes its name from an 11th century vision by a woman in Walsingham, Norfolk, who claimed the Virgin Mary led her in spirit to Nazareth to see the place where an angel told her she would bear a son.

Benedict XVI caught Catholic and Anglican leaders in England by surprise in October 2009 when he gave them notice of his announcement that he was creating the Ordinariate.

‘Provisions there to safeguard legitimate Anglican patrimony are very encouraging and, I believe, that such patrimony in its Liturgy, approaches to biblical study, pastoral commitment to the community, methods of moral theology and much else besides has a great deal to offer the wider Church.

‘I am looking forward to receiving from the riches of other parts of the Church, while perhaps making a modest contribution to the maintenance and enhancement of Anglican patrimony within the wider fellowship.

‘Ministry in the Church of Pakistan, in the Middle East generally, in the Church of England and the wider Anglican Communion remains precious to me and I see this as a further step in the ministry of our common Lord and of his people. At this time, I ask for prayers as I continue to pray for all parts of the Church.’

Since resigning as a bishop in 2009, Dr Nazir Ali has been the director of the Oxford Centre for Training, Research, Advocacy and Dialogue (OXTRAD), which helps preachers in parts of the world and in situations where the Church is in danger of persecution.

Dr Nazir-Ali had previously spoken out about the CofE’s reaction to cancel culture and woke issues, and criticised its failure to care for parishes.

Writing in the Daily Telegraph in February, he said: ‘The institution, however, seems engrossed either in lengthy, costly and far fetched ‘safeguarding’ allegations against prominent church figures, or in jumping onto every faddish bandwagon about identity politics, cultural correctness and mea culpas about Britain’s imperial past.’

In 2008, he claimed that radical Islam was filling the moral vacuum left by the decline in Christian virtues and dated the downfall of Christianity from the ‘social and sexual revolution’ of the 1960s, saying this had wrecked British society.

Dr Nazir-Ali was a respected academic within the CofE, and holds academic awards including from the Universities of Karachi, Oxford and Cambridge. 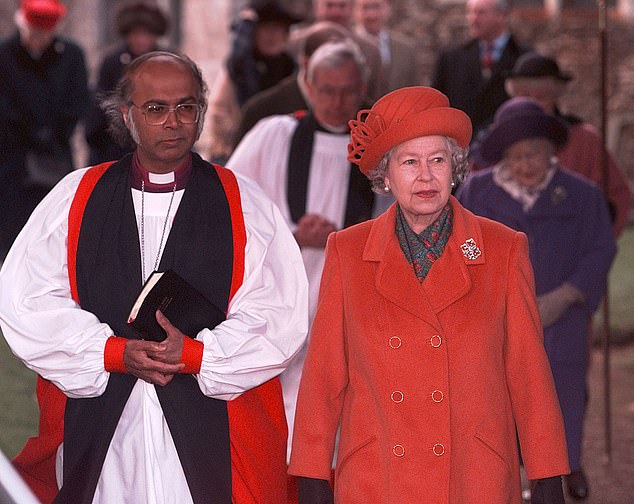 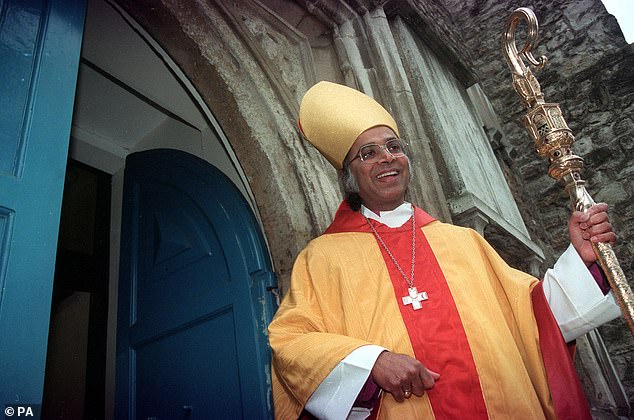 He cannot be ordained a Catholic bishop because he is married, but he has plentiful knowledge of the denomination having been educated by Catholics as a child in Karachi.

The Archbishop of Canterbury, Justin Welby, said today: ‘I am grateful for Michael Nazir-Ali’s decades of devoted service to the Church of England and the Anglican Communion.

‘His expertise in evangelism, interfaith dialogue, ecumenism, and theological education has been a great gift. He will continue to be a blessing to the global church as he joins the ordinariate.

‘I will be praying for him and his wife, Valerie, that this new step in their journey might draw them ever closer to God in Christ.’ 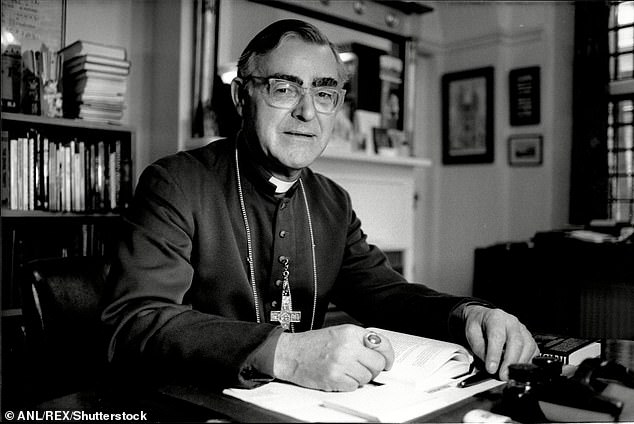 Dr Nazir-Ali’s conversion to Catholicism is seen as the most significant since Graham Leonard (pictured), the former Bishop of London, who was received into the Church in 1994 after rejecting the ordination of women priests

Monsignor Newton said today: ‘Since its erection in 2011, Michael has always shown great interest in the development of the Ordinariate in the United Kingdom.

‘Those of us who serve the Catholic Church within the Ordinariate of Our Lady of Walsingham are delighted at his reception into full communion and forthcoming ordination.

‘He brings a great experience of the Anglican Communion and is in a unique place to articulate that Anglican patrimony, described by Pope Benedict XVI as a treasure to be shared, which now has an honoured place in the Universal Church.’

The CoE is made up of 42 independent dioceses and more than 12,500 parishes. The Catholic Church of England and Wales has five provinces, divided into 22 dioceses.

Dr Nazir-Ali’s announcement that he is converting to Catholicism is not unique in the history of the Church of England.

The most significant person to make the switch was Cardinal John Henry Newman, who had been an Anglican priest.

In 2010, five Anglican bishops converted to Catholicism at the same time, partly in protest at the ordination of women bishops.

And Dr Nazir-Ali’s switch comes just weeks after the Bishop of Ebbsfleet, Johnathan Goodall, did the same.

Cardinal Newman was a Church of England priest before converting to Catholicism in 1845 and is seen as a bridging figure between Anglicanism and Catholicism.

The Cardinal left a ‘lasting legacy’ as an educator, and the Catholic community owed ‘an incalculable debt to his tireless work’.

An Anglican priest, he renounced an illustrious academic career at Oxford University to convert to Catholicism in 1845, convinced that the truth he sought could no longer be found in the Church of England. 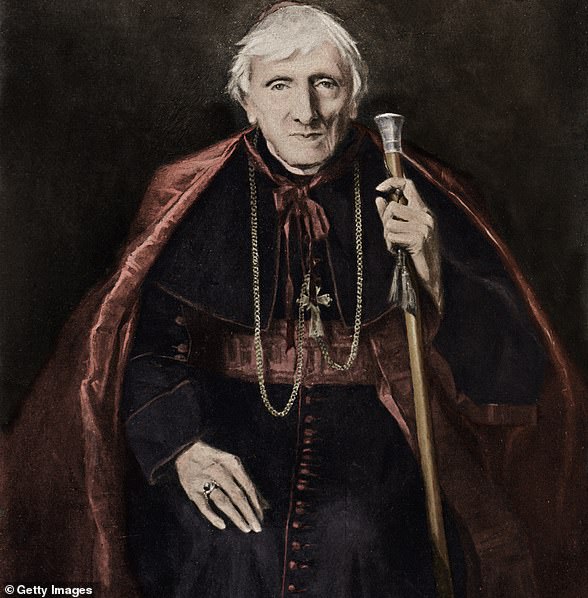 The cardinal went on to found the Oratory at Birmingham in 1848 and through his writings spoke to many about the issues of faith, education and conscience.

He was also appointed the first rector of the institution that would become University College Dublin.

In the age when he lived, he was a figure who stood ‘for the life of the spirit against forces’ seeking to lower human dignity – and guided the church back to its Catholic roots.

While at the same time he was open to learning from Anglican traditions such as the role of the laity.

When he died in 1890, thousands took to the streets for his funeral procession. His remains lie in a closed sarcophagus at the Oratory.

Newman was made a saint by Pope Francis in 2019.

Goodall, 60, had been Bishop of Ebbsfleet for eight years when he quit in September.

While the exact reasons for his departure were not made public, a source close to him reportedly said he was unhappy with the direction of the CoE regarding its spirituality and the allowing of same-sex marriages.

A CofE insider told the Telegraph at the time that the Bishop felt a ‘pull’ towards Rome, rather than a ‘push’ from the CofE. 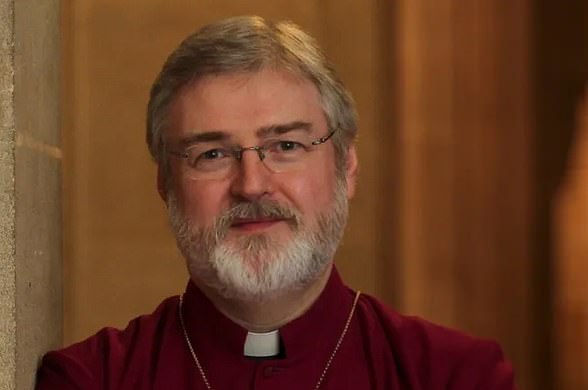 The FIVE bishops who quit at once

In 2010, three serving bishops and three retired bishops quit the CoE and joined the Roman Catholic Church as part of a Vatican scheme welcoming disaffected Anglicans.

The three who were serving at the time were so-called ‘flying bishops’ – those who had been specially appointed to care for traditional parishes which refused to accept the ordination of female priests in 1994.

They were joined by Edwin Barnes, Mr Newton’s predecessor as the Bishop of Richborough, and David Silk, the former Bishop of Ballarat in Australia.

In a statement at the time, they said: ‘We have been dismayed, over the last 30 years, to see Anglicans and Catholics move further apart on some of the issues of the day.’

Bishop Burnham also told the BBC: ‘It’s about whether the Church of England, as it’s always claimed to be, is faithful to the undivided Church of the first thousand years and faithful to its faith and orders – or whether it feels it can make things up and change things as it goes.

‘And, increasingly, over the last few years, it has acted as though it is autonomous in these matters and can make things up as it goes and women bishops is simply the latest example of that.’