A long-running feud between two neighbours turned violent and ended in tragedy when one died after being pushed over, an inquest heard.

Mum Fiona Wade, 40, was drunk and making threats to her neighbour Sophie Hackett after a day out drinking.

After being subjected to a verbal onslaught, Ms Hackett confronted Fiona with a rounders bat.

Witnesses told the police she didn’t use the bat – but instead shoved her twice.

Mum Fiona Wade, 40, was drunk and making threats to her neighbour Sophie Hackett after a day out drinking. Pictured is the street in Plymouth the incident took place on

The second push caused her to stumble backwards over a low wall outside her home and suffer fatal head and chest injuries, the coroner was told.

Ms Hackett, who was 26 at the time, was subsequently arrested on suspicion of manslaughter, but the inquest in Plymouth on Wednesday heard how she was never charged with a criminal offence.

A number of witnesses told the police Fiona had arrived at her home in Plymouth, Devon, drunk, on September 7, 2018.

DC Rachel Whitehouse told the court that Fiona was pushed twice, the second time being ‘more forceful than the first’. 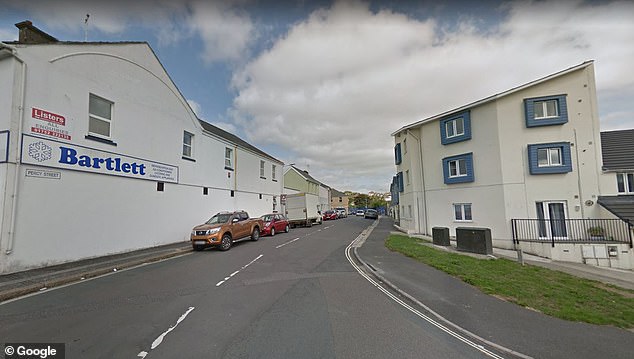 A number of witnesses told the police Fiona had arrived at her home in Plymouth, Devon, drunk, on September 7, 2018

She told the inquest there were no witness reports to state the rounders bat was used or brandished in any way.

DC Whitehouse said: ‘She’s stumbled backwards, dragged her feet, the wall in question is quite a low wall, between one and two feet.

‘She’s caught herself on the wall, she’s put her hands down to catch herself from falling, the drop on the other side of the wall is between four and five feet.

‘We understand from what witnesses have said, she would have banged her head initially, before landing straight down onto a concrete landing.’

Fiona was knocked unconscious from the fall and attending paramedics noted that she had ‘a large swelling on the back of her head’ and some blood coming from her mouth.

DC Whitehouse said that paramedics noted Fiona’s pupils were ‘normal’ and she was reacting to light and it was not believed that her injuries were catastrophic.

During the journey to the Derriford Hospital, she started to become less responsive until ‘her only response was to pain’ and she began to show signs ‘indicative of a significant head injury’.

She then died at the hospital in the early hours of Saturday, September 8. 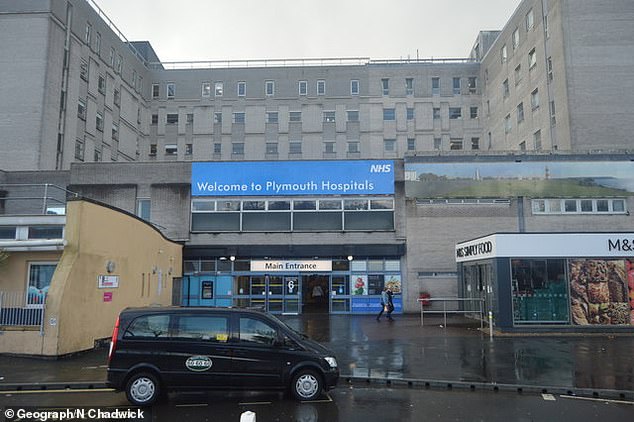 ‘She landed on a concrete walkway. She suffered catastrophic injuries as a result. She died at Derriford Hospital the following day,’ the coroner said

Dr Russell Delaney, Home Office pathologist, attributed Ms Wade’s death to head and chest injuries and noted that she suffered with cirrhosis of the liver.

Toxicology reports showed that Ms Wade was three-and-a-half times over the drink-drive limit.

She also had a number of prescription drugs in her system at therapeutic-level, including methadone.

He said: ‘It appears to me that Fiona was in the habit of drinking. She clearly had quite a bit to drink that day.

‘During the evening of Friday, September 7, the deceased had consumed a quantity of alcohol.

‘On the balance of probability, she was intoxicated. An altercation took place between the deceased and another woman outside her home address.

‘The deceased was pushed away by the other woman. She tripped and fell over a wall over the adjacent premises.

‘She landed on a concrete walkway. She suffered catastrophic injuries as a result. She died at Derriford Hospital the following day.’