Biz Markie’s widow Tara Hall said the Obamas wrote their family a condolences letter in the wake of his passing July 16 following a battle with Type 2 diabetes.

Hall revealed the Obamas reached out following the Just a Friend rapper’s death at 57, as she spoke at a memorial service held Monday for Markie at New York’s Patchogue Theater for the Performing Arts according to TMZ.

‘I mean even Barack Obama and Michelle Obama, they sent me a heartfelt letter,’ Hall said, adding that she and other relatives were ‘blown away that they took the time out to send their condolences about the loss of our loved one in our family.’ 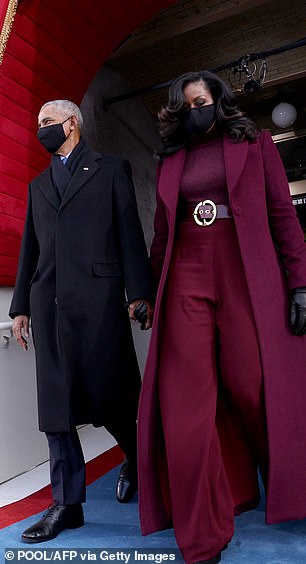 The latest: Biz Markie’s wife Tara Hall said the Obamas wrote their family a condolences letter in the wake of his passing July 16 following a battle with Type 2 diabetes

Hall said at the service of her late spouse: ‘The thing I’m going to miss the most about him was every time he would see me, his face would just light up with that Chiclet, toothy smile. Seeing him smile made me smile. He made me laugh every day. That is not hyperbole. That is a fact.’

Rev. Al Sharpton delivered the eulogy for the late musical artist, whose real name was Marcel Theo Hall, at the celebration of life service.

Celebrities including Ice-T, Busta Rhymes, Al B. Sure!, Fat Joe, Montell Jordan, Grand Puba and Kid Capri, among others, were on hand for the ceremony. 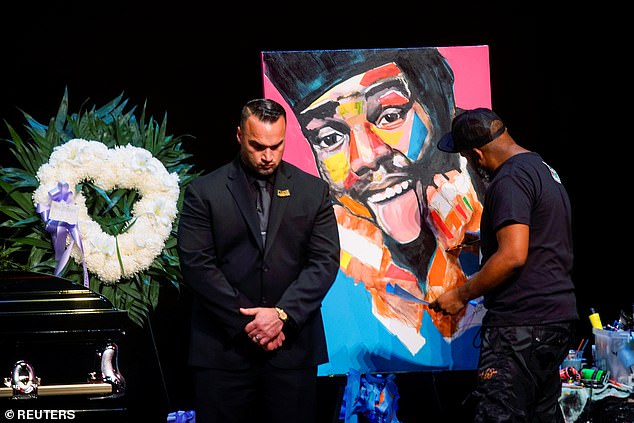 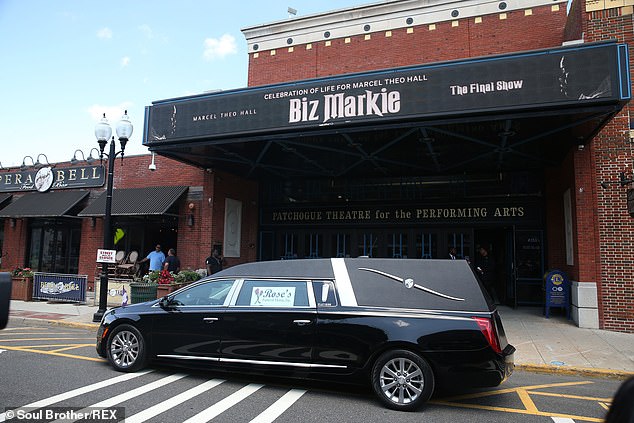 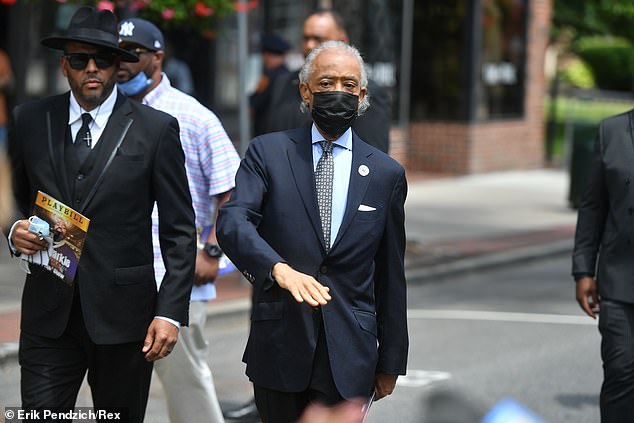 Musical artist Al B. Sure and Rev. Al Sharpton were seen heading to the venue 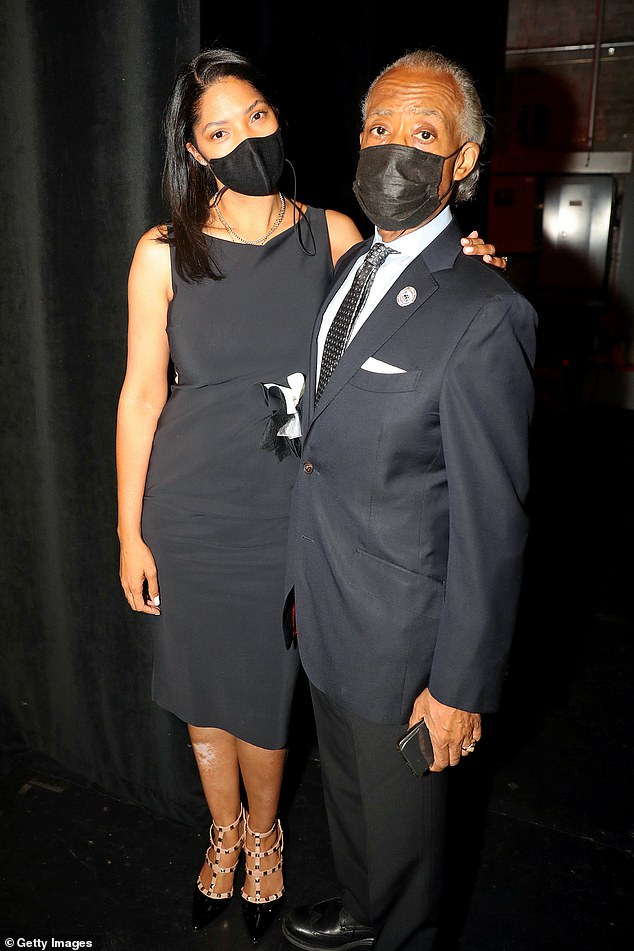 Rev. Sharpton posed with the musical artist’s widow Tara Hall at the service

Rapper Busy Bee told Page Six that ‘Biz was an icon’ in his field and ‘is what we call hip-hop.

‘He was peace, love, unity and having fun. That was Biz. Remember, Biz didn’t get killed, he didn’t die in some tragedy.’

According to the outlet, the late rapper was laid out in a suit made by Harlem-based designer Dapper Dan. 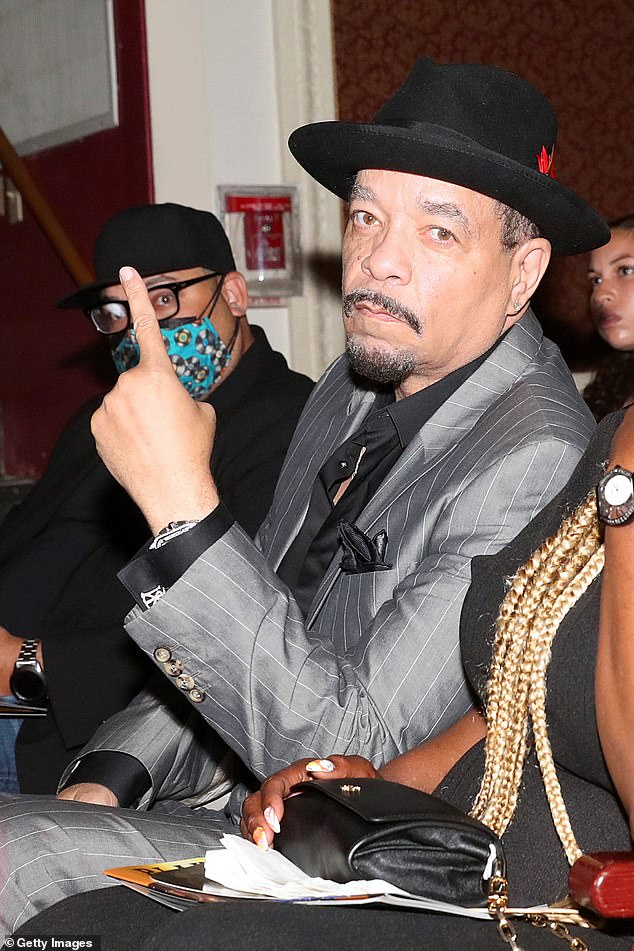 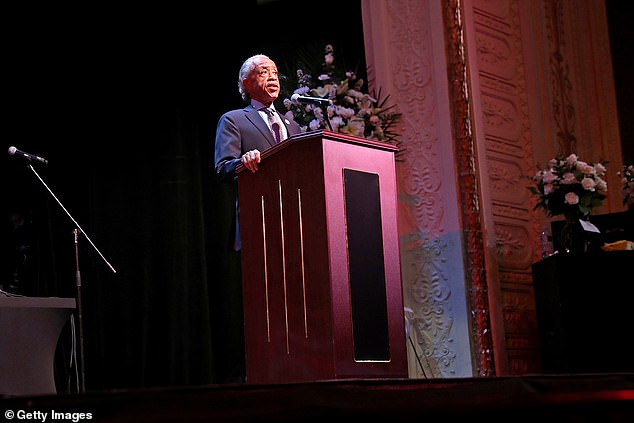 Rev. Sharpton delivered the eulogy for the beloved musical artist 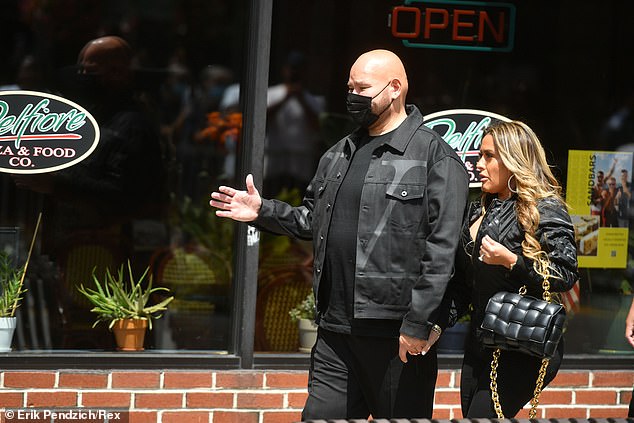 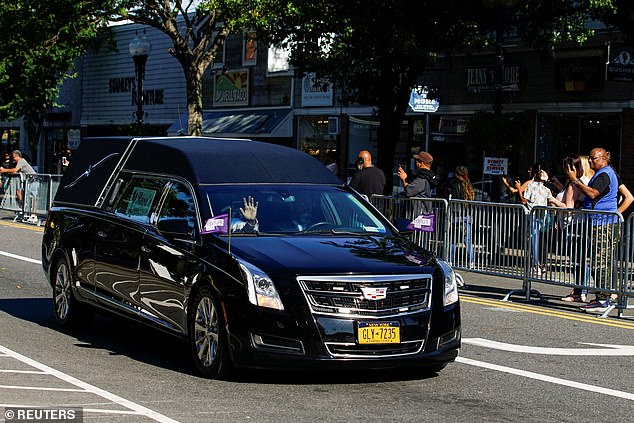