2010-2018 – After being picked out of Central Michigan in the 2010 NFL Draft, Antonio Brown becomes a star receiver for the Pittsburgh Steelers, earning seven Pro Bowl selections

June of 2017 – Brown allegedly exposes his penis to trainer Britney Taylor at his home in Pittsburgh and later, she claims, he masturbated near her without her knowledge or consent before ejaculating on her back

That same month, Brown meets an artist, who later claims that he hired her to paint a mural in his home, where he disrobed and approached her while she worked.

December 31, 2018 – A day after Brown missed a game against the rival Cincinnati Bengals with a supposed knee problem, it is revealed he was actually benched following a heated argument with teammates 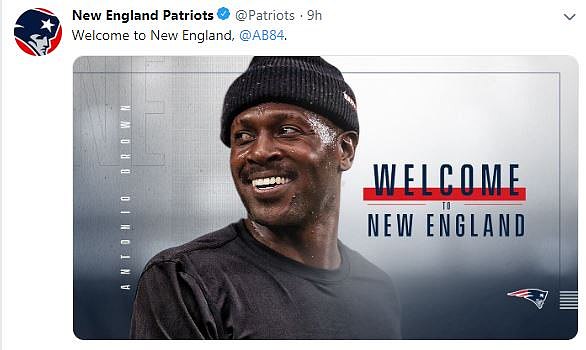 February 6, 2019 – Amid a custody battle, Brown is accused of pushing the mother of his daughter to the ground as she dropped off the child at his Miami home

March 9, 2019 – After demanding a trade, Brown is dealt to the Oakland Raiders, who give him a new three-year, $50 million deal with $30 million in guarantees

August 3, 2019 – In a bizarre incident, Brown ‘burns’ his feet in a cryotherapy session and goes on to miss 10 out of the next 11 training camp practices

August 9, 2019 – Brown files a grievance to be allowed to use his old helmet, which is no longer approved by the NFL. Raiders inform him he will be fined for any unexcused absences 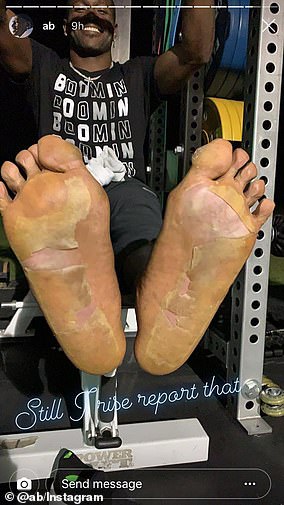 September 4, 2019 – Raiders general manager Mike Mayock fines Brown a combined $54,000 for two unexcused absences. Brown posts the picture of the letter from Mayock on Instagram. Earlier in the day, Brown settled his helmet dilemma, and even declared on Instagram that the ‘helmet drama’ was over

September 5, 2019 – Brown confronts Mayock and reportedly calls him a ‘cracker’ before punting a football in anger. Afterwards reports of an imminent suspension surfaced

September 6, 2019 – Brown makes an emotional apology to teammates; coach Jon Gruden announces he will play against the Denver Broncos in the opener

September 7, 2019 – After learning that the Raiders voided $30 million in guarantees in his contract, Brown demands his release on social media. Mayock complies, and by the end of the day, Brown signs a new one-year deal with the New England Patriots for $15 million

September 10, 2019 – It is revealed that Brown is being accused of rape and sexual assault by Taylor

September 11, 2019 – Brown suits up for his first Patriots practice

September 15, 2019 – Making his Patriots debut, Brown catches his first touchdown pass from Tom Brady in a 43-0 win over his hometown Miami Dolphins

September 16, 2019 – Sports Illustrated reports an unidentified female artist’s claim that Brown paid her to paint a mural at his home, where he undressed and cornered her while she worked. The woman is not suing or pressing charges in connection with the incident and through his attorney, Brown has denied the accusation