Long arm of the fore: Bizarre moment a cop commandeers a golf buggy to chase down an armed suspect before charging him with assault

A policeman has been captured seizing a buggy from two shocked golfers to chase down an armed suspect in the Northern Territory.

The bizarre footage was shot at Gardens Park Golf Links in Darwin on June 20 showing a police officer running along a fairway.

The officer can be seen talking into his radio as he approaches two golfers standing by a bridge before hopping into their golf cart and speeding away.

Shocked golfers on the course shot the footage, and are heard bursting into laugher as the policeman began his pursuit.

‘That’s f**king gold,’ one spectator yells in the video.

‘Turn your siren on!’ another says.

The officer was chasing a male suspect who had been identified by a witness after an alleged assault at nearby Mindil Beach.

Police found the suspect on the golf course and chased him down, with a second officer seen joining the pursuit on foot behind the golf buggy.

The 25-year-old suspect was arrested and taken to the police watch house.

He has since been charged with assault and being armed in public and will appear in court on June 26. 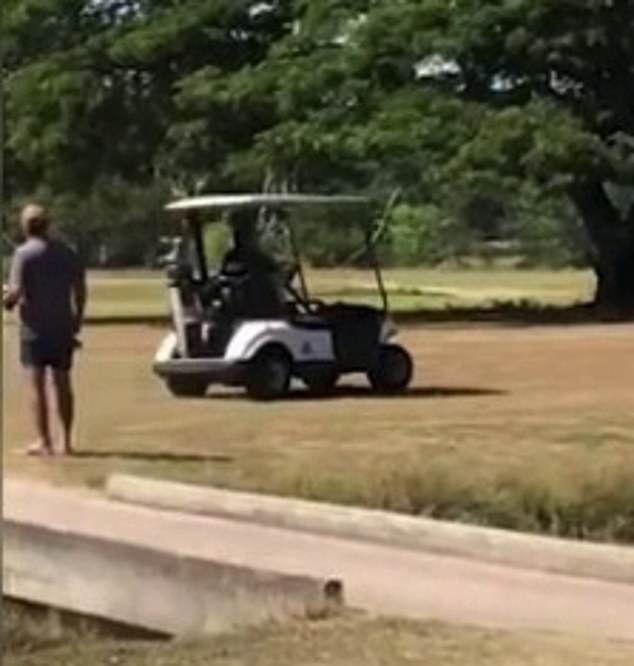 ‘Turn your siren on!’ other golfers yelled out as the policeman began his pursuit (pictured). The officer arrested 25-year-old man who was charged with assault and being armed in public 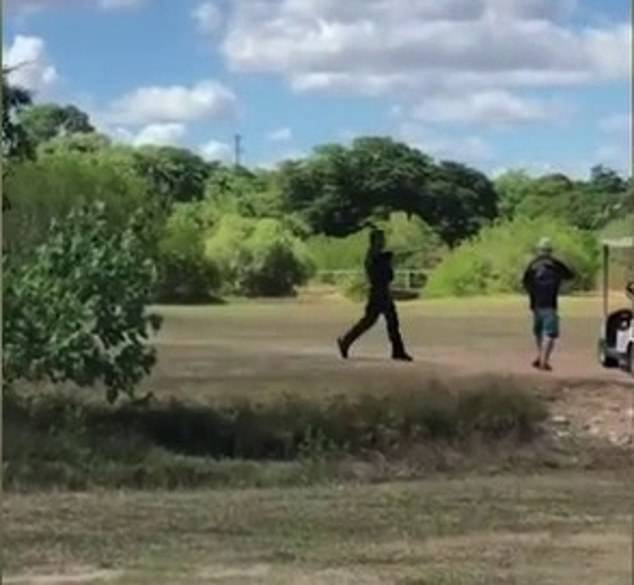