Bizarre footage has circulated from the Ghanian parliament showing a politician referencing Harry Maguire in a speech discrediting his political rival’s economic policies.

Standing up to start his retort, Isaac Adango began by praising the national side for their victory over South Korea earlier in the week before going on an extraordinary rant using Maguire as his main reference point.

In an extraordinary attack that may come as a bit of a shock to the defender, who has been one of England’s standout performers at this World Cup despite coming into it, the politician left the room in hysterics.

‘If you are a fan of football, and I am happy to see you the other day, jubilating when Ghana won. But there is a player like you in the United Kingdom in England called Maguire that is playing for Manchester United.

‘Harry Maguire. He is a defender. He was tackling and throwing his body everywhere like he was the best defender in the world. 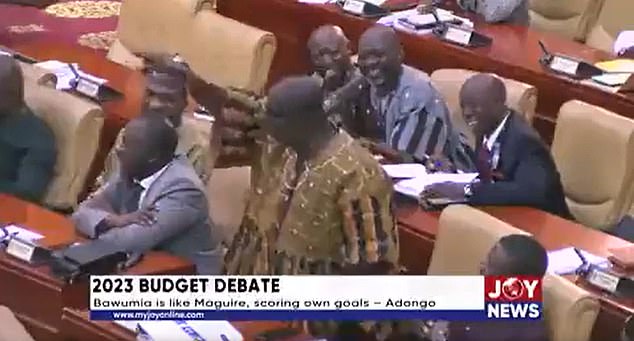 ‘Manchester United went and bought him. He became the biggest threat at the centre of Manchester United’s defence, tackling his own players and giving assists to opponents.

‘Even when the opponents failed to score, Maguire would score for them.’

He continued: ‘Mr Speaker, you will remember in this country we also have an economic Maguire. 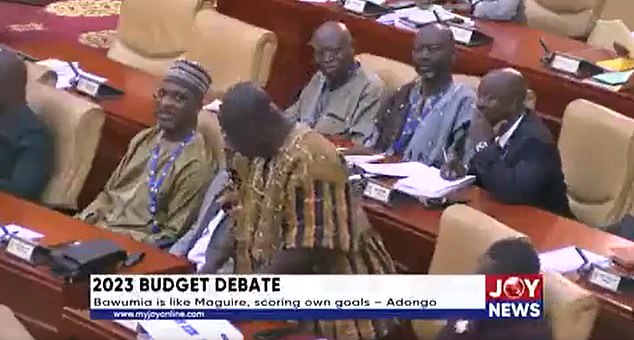 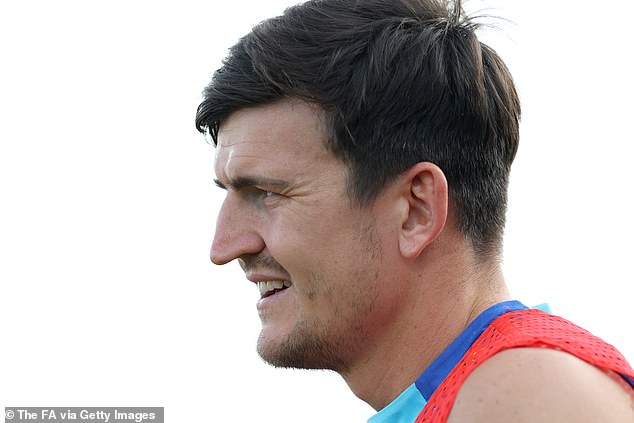 ‘Mr Speaker why did we give this Maguire the chance to be at the centre of our defence? He became the risk of own goal.’

More existentially, he then doubled down on his line of attack, saying that Ghana’s own ‘economic Maguire’ was destroying the country’s fragile economy.

‘Our economic Maguire is taking control of the fundamentals of our economy and destroying all of them,’ he said.

The reason why the politicians were having the debate in English was because there are so many sub-languages and dialects within the country, with each region possessing its own native tongue.